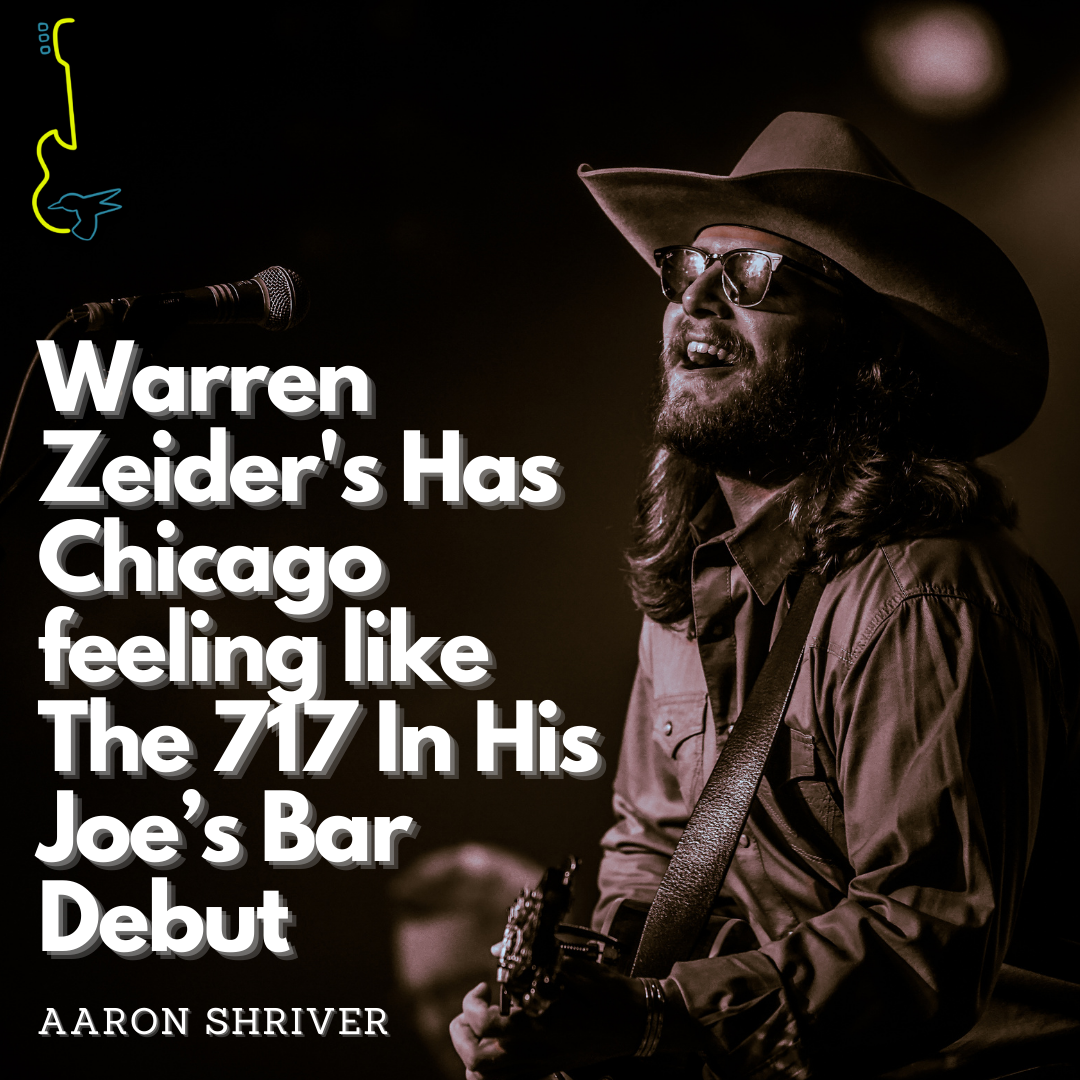 The 717 Tapes Tour rolled into Chicago & Joe’s Bar on Weed St. this past Thursday, & wow what a debut inside the legendary venue. 717 is the hometown area code where this south-Central Pennsylvania native Warren Zieders, first uploaded a video on a social media app called Tik Tok. Here we are now, with 1.7 million followers and a headlining tour later. 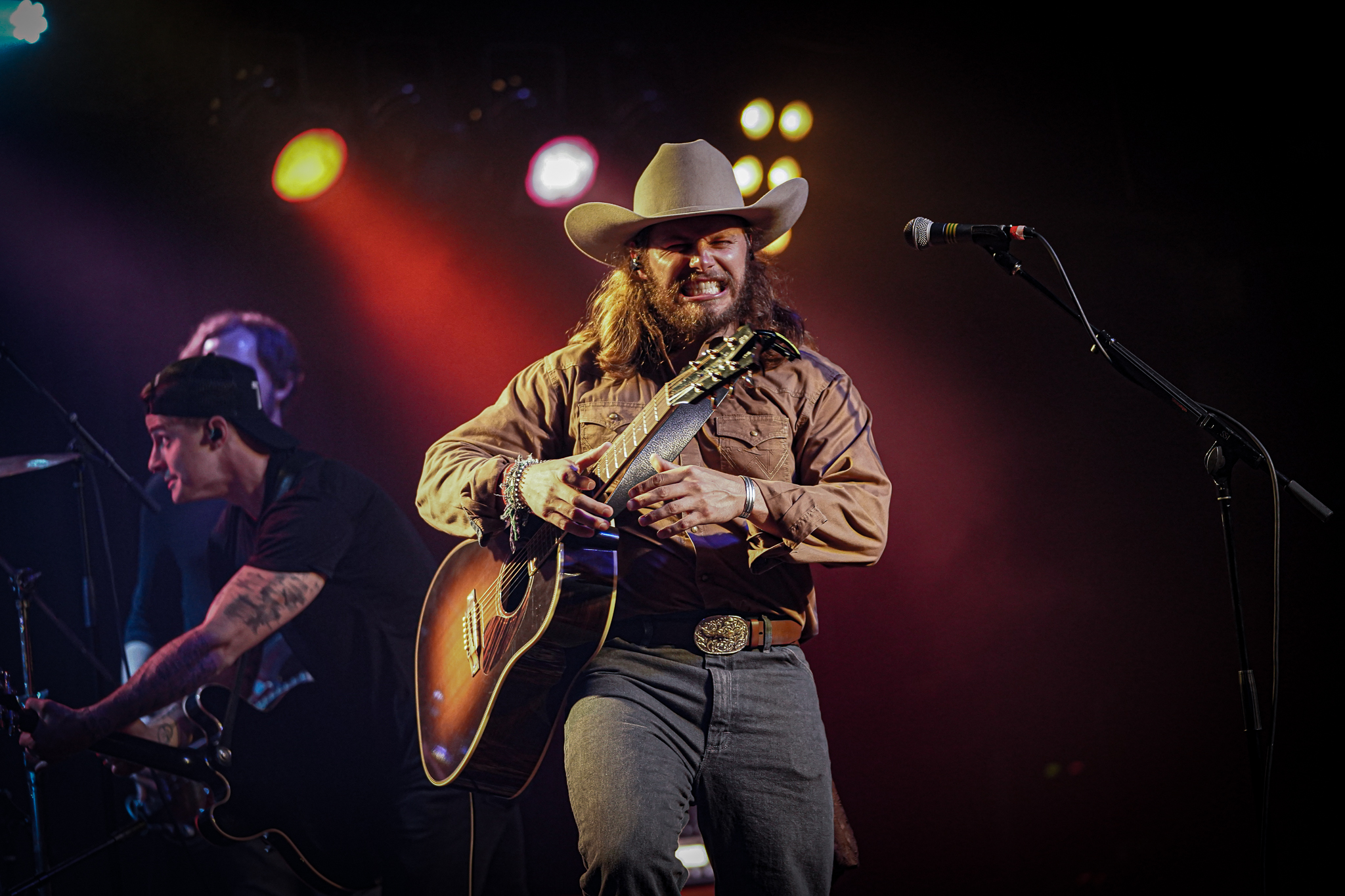 To kick off night 2 of the Full Band 717 Tapes tour was Amanda Kate. Growing up in New Mexico, it was a singing mom that pushed Amanda Kate to follow her 90s Country Music dream to Texas. Tonight, she steps into the city of Chicago & the legendary Joe’s Bar stage for the first time. Owning her more traditional country music set, she had the Chicago crowd loving every minute. Her set was so impressive, that Amanda Kate found herself sticking around for a second night opening for South City Revival at Carol’s Pub another Chicago staple. 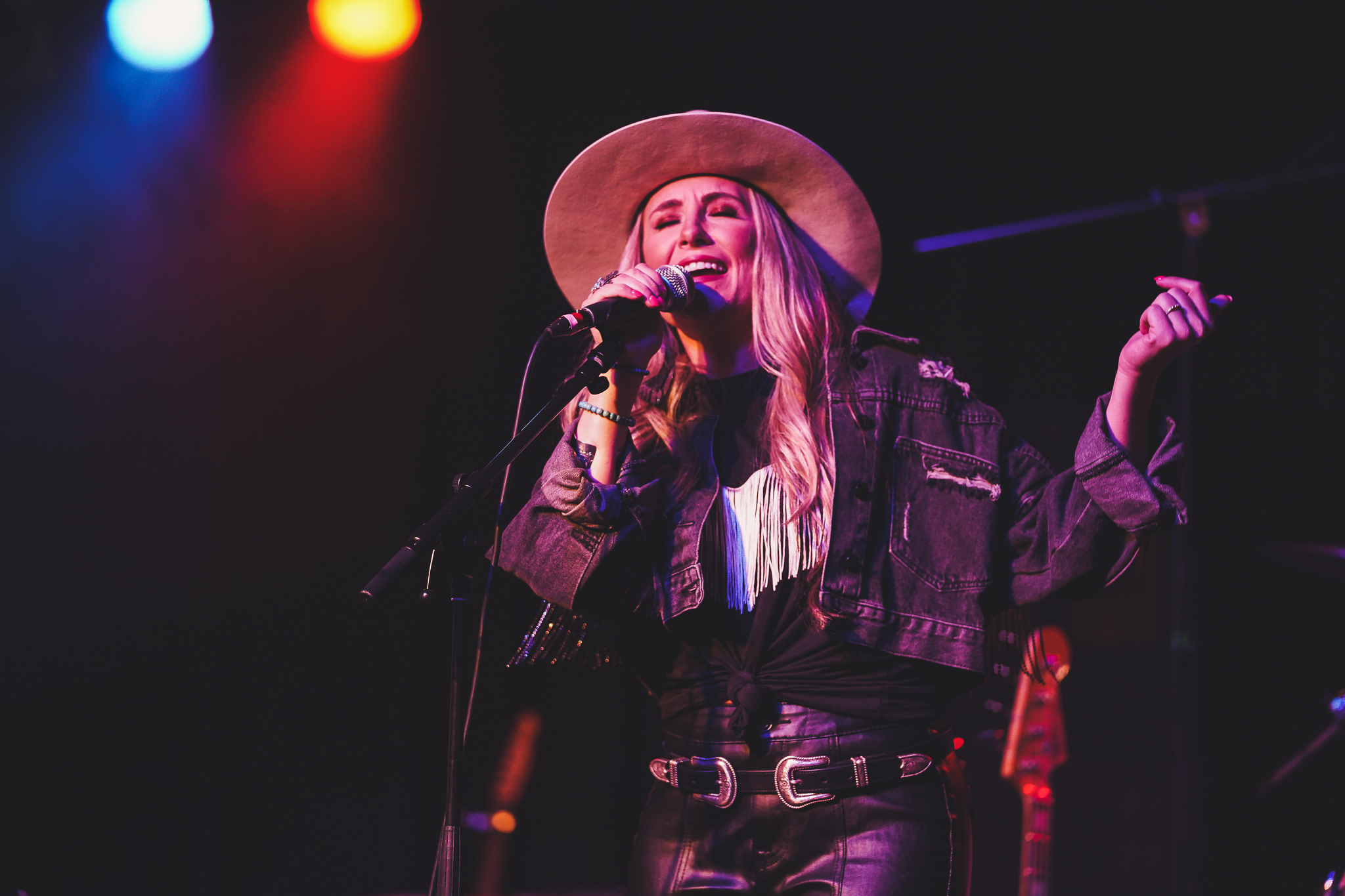 The 717 Tapes Tour didn't mess around in Chicago, bringing Singer/Songwriter Jordan Fletcher back to the Joe's Bar stage. The Chicago show will mark Jordan's third stint at Joe's. As Jordan brought only his guitar with him, he demonstrated why he is one of the next generation's top-performing Singer/Songwriters, even debuting a newly-written tune called "Death & Taxes". Click the name to check out a live version of the song, but it could be released soon. The set ended with his current single, "Rather Be Broke" in which he declares that everything is more meaningful than a dollar. Fletcher, a family man through and through, gears a lot of his music to those young Dads & Moms searching for their next moment of sanity through music. 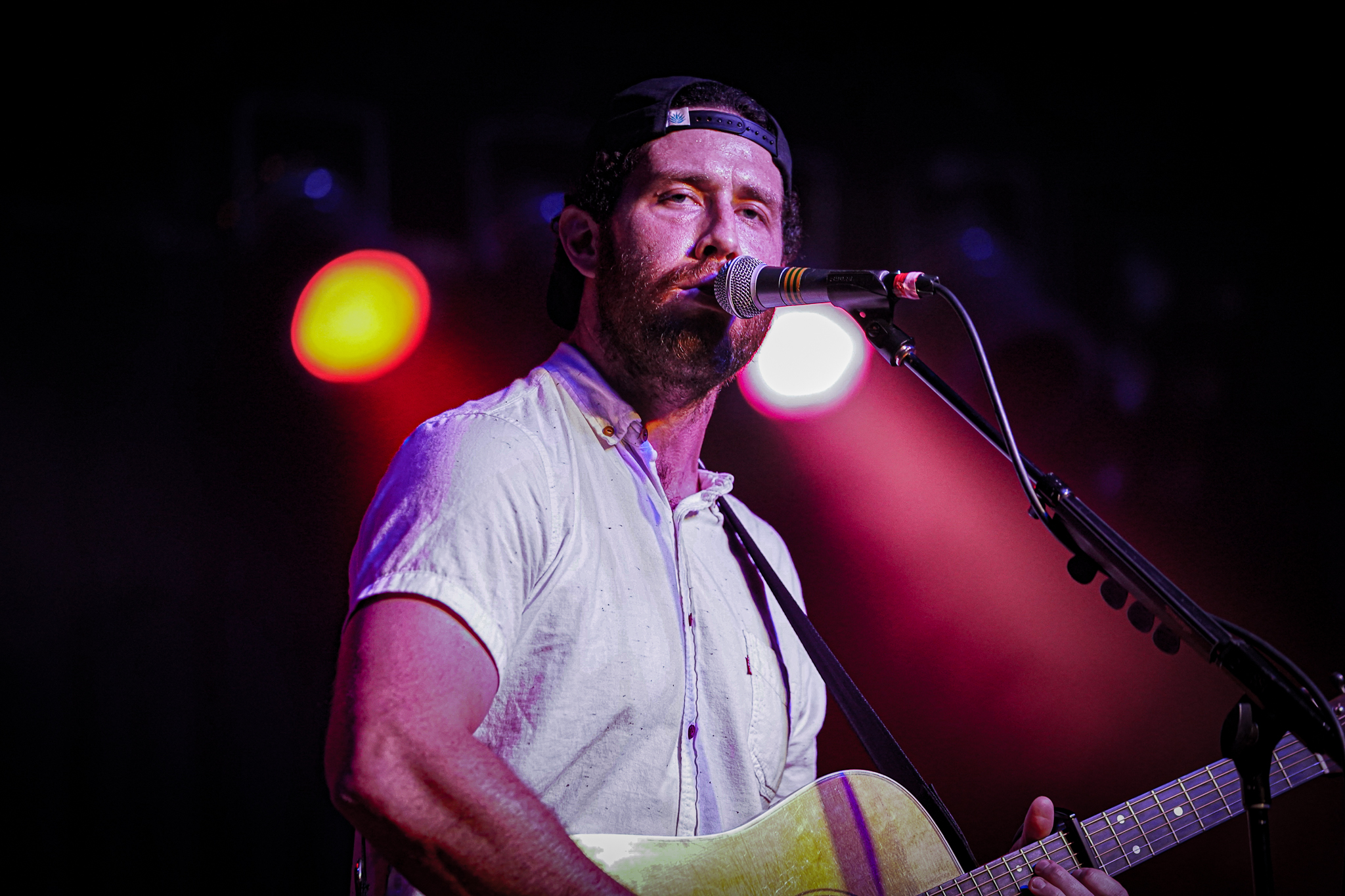 As the lights dimmed, smoke filled the historic bar, and the band took the stage. We mentioned earlier it was night 2 of the Full Band tour, that’s because this is only the second time Warren Zieders has played with a band. The set kicked off with “Highway Run” and Zieders & the band were off and running wasting no time jumping into an early Zieders single “On The Run”. Zeiders, who has a sound all his own, showcases it for the nearly sold-out Chicago crowd, who sings the words back to him. This was to tune them up for the next song in the set “Dark Night”. 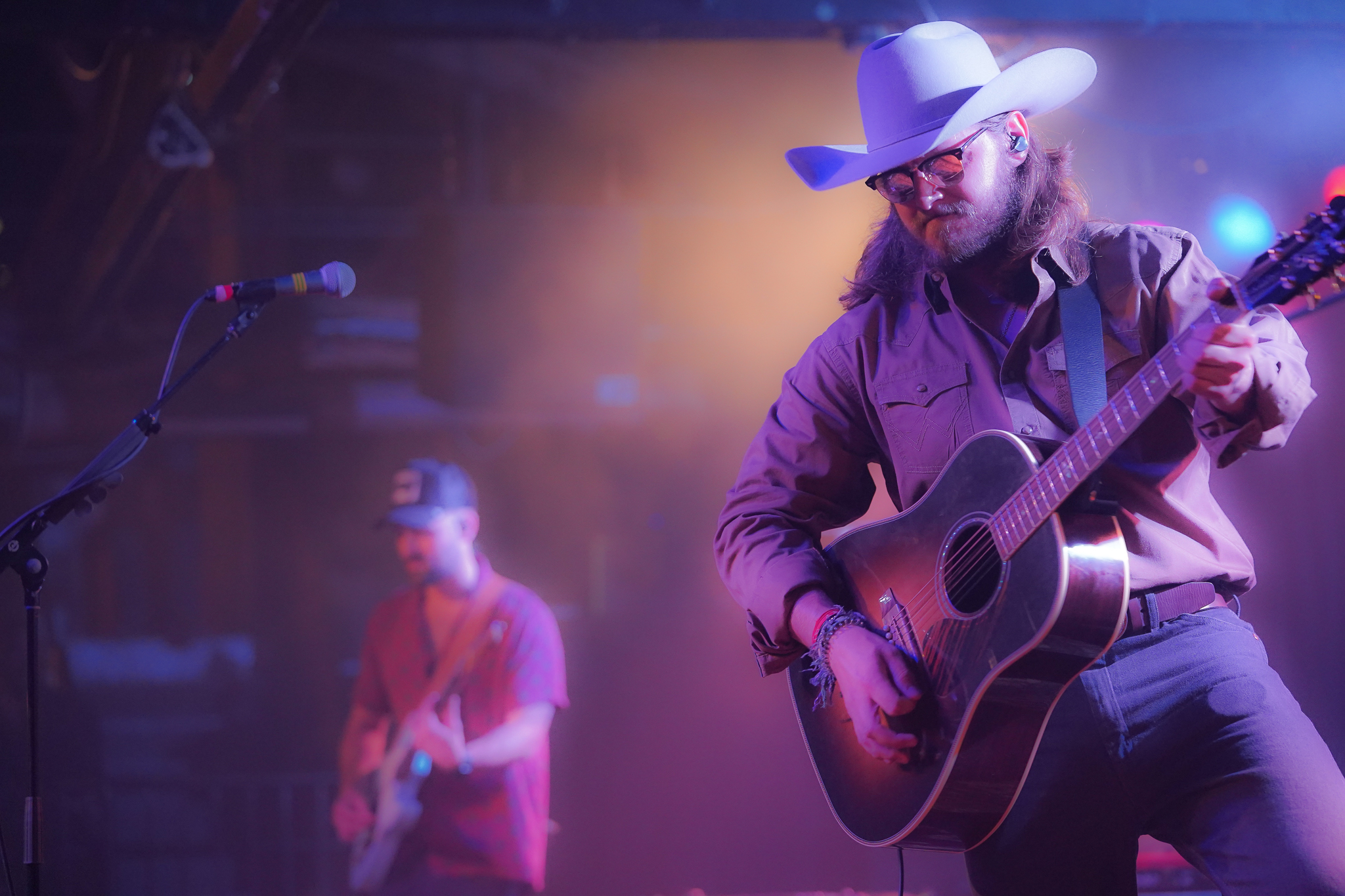 Everything’s a blur behind, The whiskey and smoke, Devils on my shoulder, Demon’s gettin’ closer, All I know is I gotta ride, Ride into that dark night

This song is one of the first written by Zieders, who just started writing over the last 2 years. It was written by Nashville songwriter Joe Clemons. Zieders then went into his take on the Craig Campbell classic “Outskirts Of Heaven”. Zieders who gained his following from Social Media apps first broke onto the scene, showcases how he owns cover songs & puts that Zeiders flavor into those tunes. The traditional country-sounding “Dirt Road Don’t” made its way into the setlist next. Dirt Road Don’t was co-written by Erik Dylan & Randy Montana from the 2021 EP 717 tapes. This song speaks loudly of the Central Pennsylvania dirt roads & Stubborn Granddads. Warren Zieders took the growing Chicago crowd “Southbound” keeping the pace of crowd favorites & sing longs which is a young career he big to have. 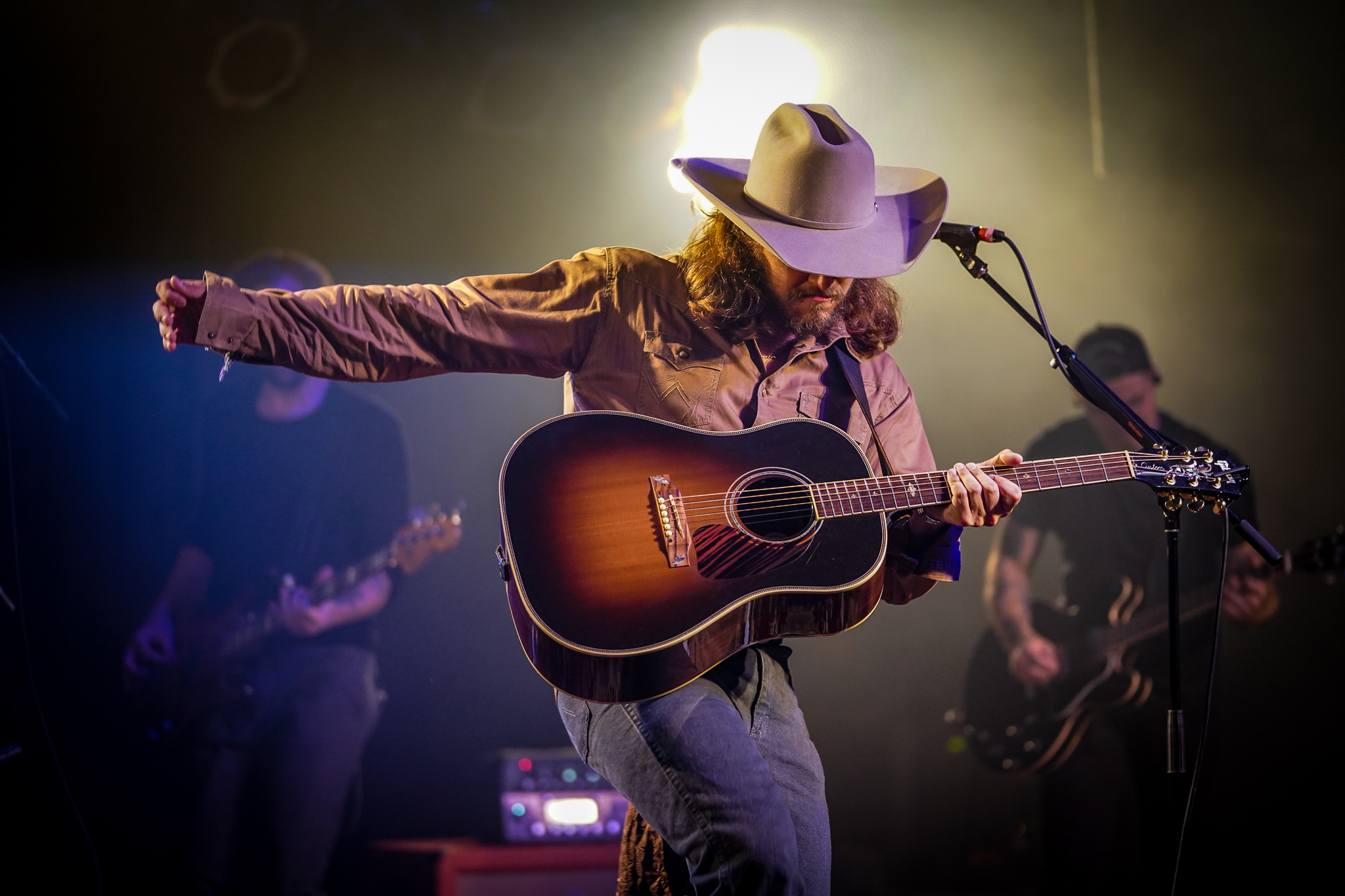 Click the image for a video of "Never Look Back" Live from Joe's Bar On Weed St.

Bad moon risin’, And horses runnin’, Gravel flyin’, That’s what I’ve been, Thinking ever since you walked in, I’ve got a feelin’ we could get this dive bar talkin’ 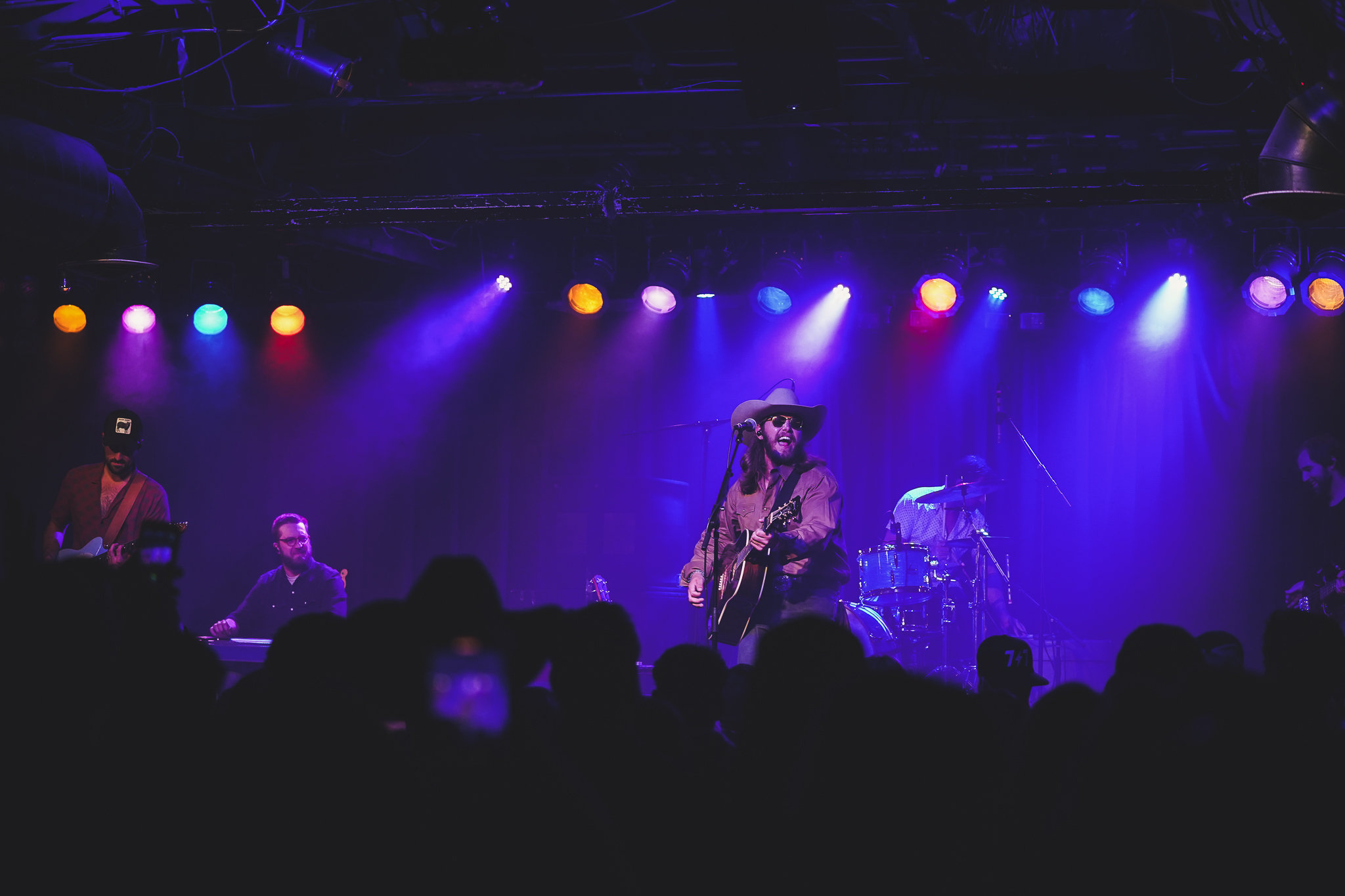 The crowd sang loud and proud as Zieders & his band “Never look Back” a heavy favorite from the social media app Tik Tok, but Zieders has this about him. He writes lyric-friendly songs that are catchy and feel good to sing along to. Something the Chicago crowd was connecting with throughout Zieder's entire set. In April 2022 Warren Zieders dropped the second half of his 717 Tapes EP & the lead singer was “Wild Horse” Co-written with Brandon Paddock & Martin Johnson, “Wild Horse” is a song about chasing the wind or destiny that whips you around hardships & loneliness, but in the end, you have no regrets throwing it away on a Wild Horse. The song saw a lot of the Chicago crowd with goosebumps & holding someone close singing to them and pouring each of the packed Joe’s hearts out singing alongside Zieders in what could be one of his more personal songs, even having a message for the Joe's crowd.

Chase Your Wild Horse, Life Is Too Short To Do Something Your Not Happy Doing, Get After It, 'Cause Tonight I'm Chasing My Wild Horse In This Moment With You 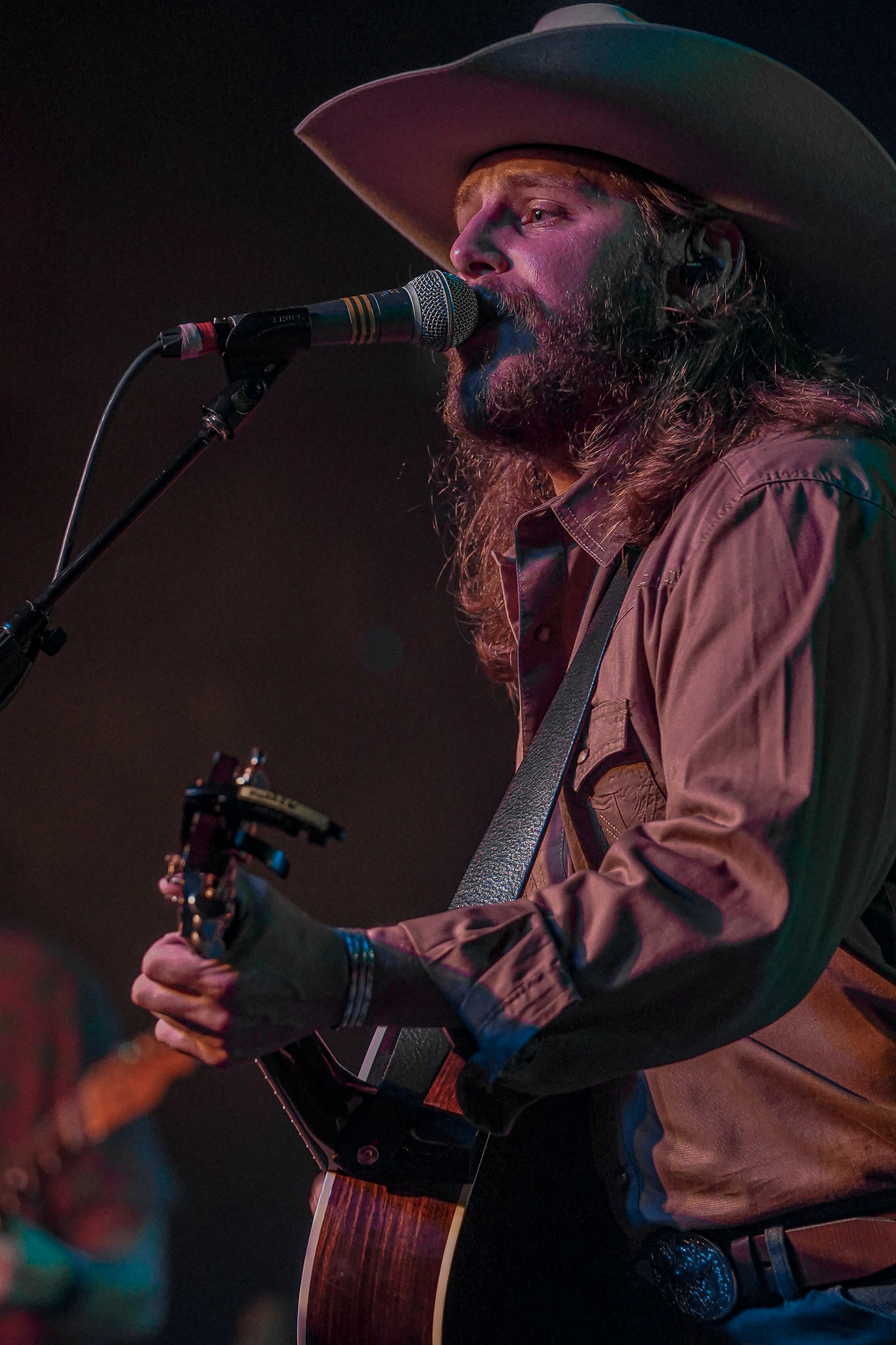 “Loving & Hating” followed up, it is nice hearing these songs on stage full band after over 2 years of Zeiders growing his social media following. Another artist that has seen added success due to social media is Koe Wetzel, which Warren pays tribute to with his cover of Koe’s Haunting song “Drunk Driving”. “Burn It Down” a song Zeiders co-wrote with Erik Dylan & Rob Snyder rounded out the set before Zeiders brought the legendary Joe’s Bar crowd to the next level. Zeiders strummed the all too famous cords to “Ride The Lightning” his smash hit that broke out & has over 54 Million Spotify streams. The gritty southern rock-sounding song is a viral sensation due to the relatable lyrics and the way so many Zeiders fans connect with the song. “Ride The Lightning” was co-written with Eric Paslay & showcases the Zeiders sound that his fans have come to know & love since his sister first had him download the app Tik Tok. 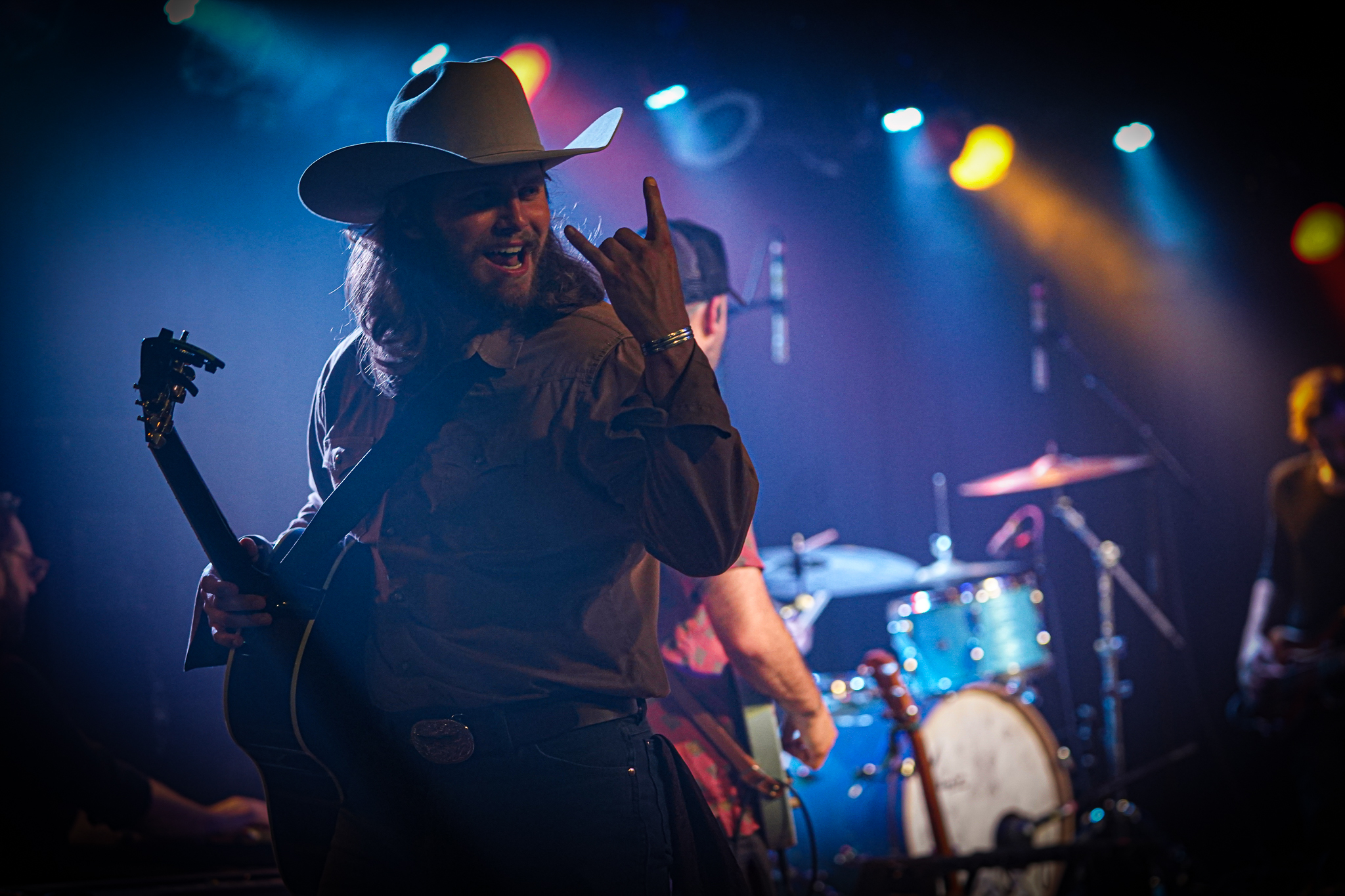 Zeiders & the band made their exit in what should’ve been the final song of the night, but the Chicago crowd had other plans & didn’t want to go home just yet. The loud thunderous cheers, chants, and humming of the White Stripe's “Seven Nation Army” which I have never seen at Joe’s show before brought Warren back to the stage for an impromptu encore of the Jason Isbell written, Morgan Wallen made the famous song “Cover Me Up” which Warren gave us a small snippet of his version before making his Joe’s exit on the night of one impressive Chicago debut. 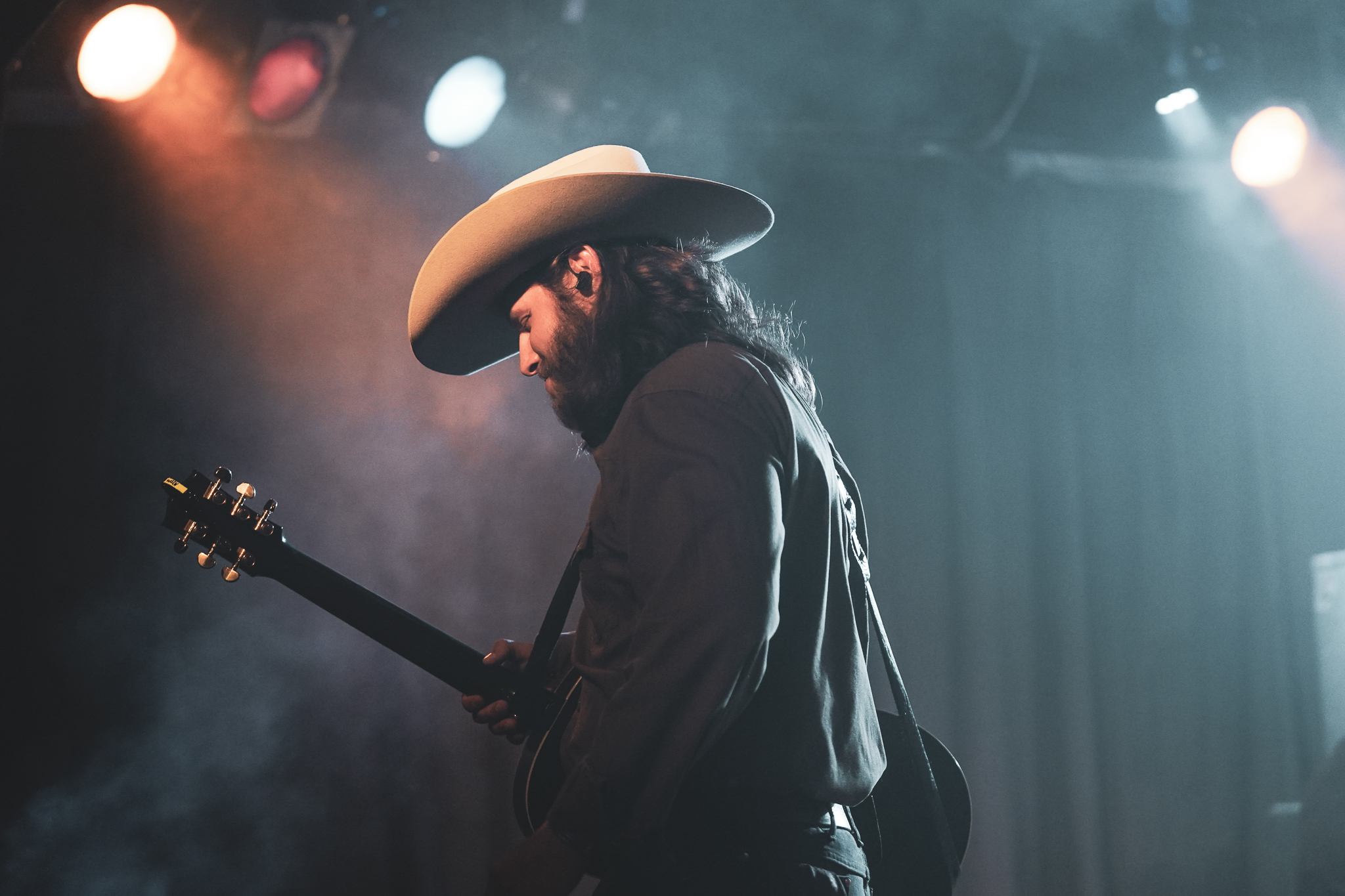 Cover Me Up (Jason Isbell Cover)

Click The Images Below to see our Interviews W/ each artist 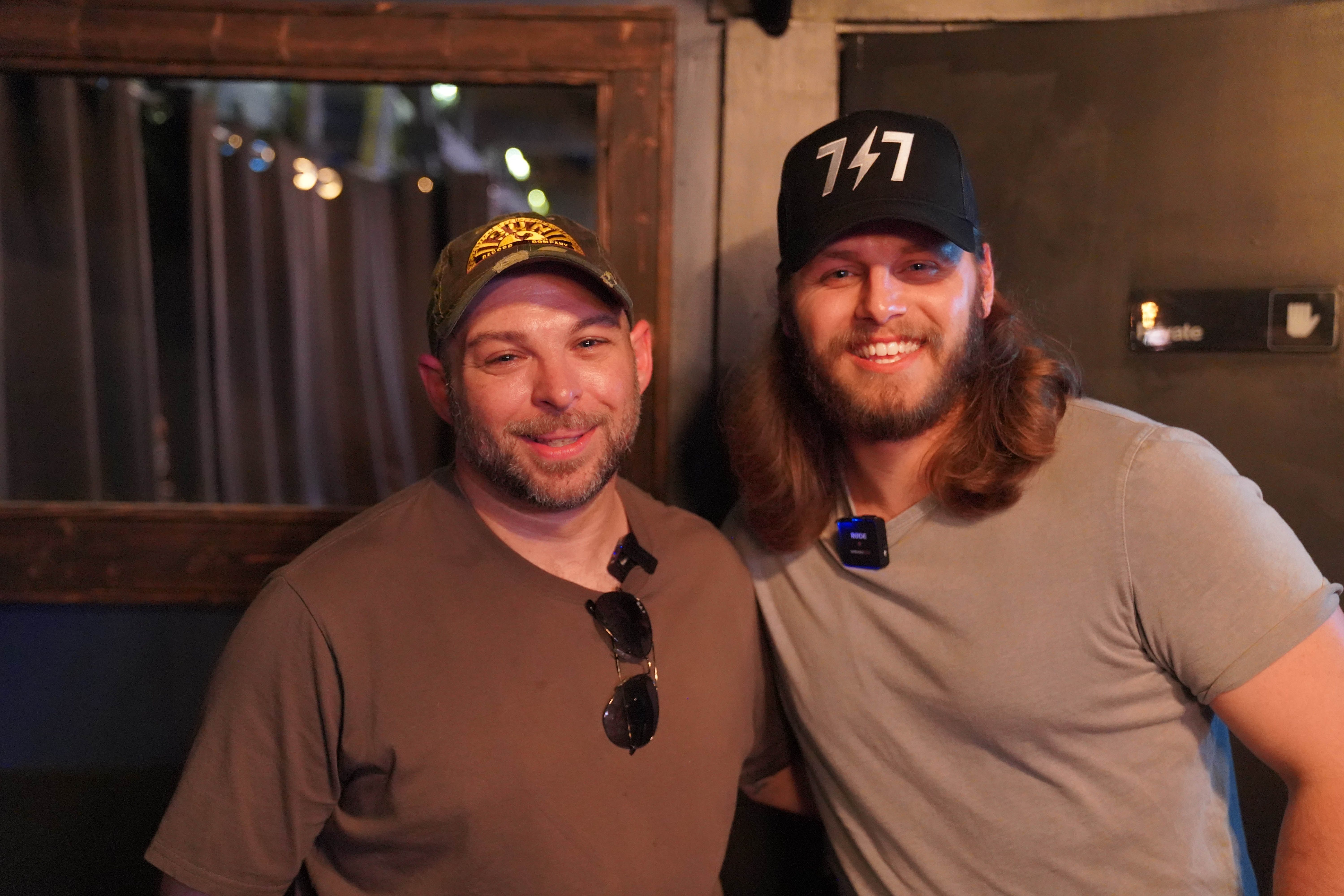 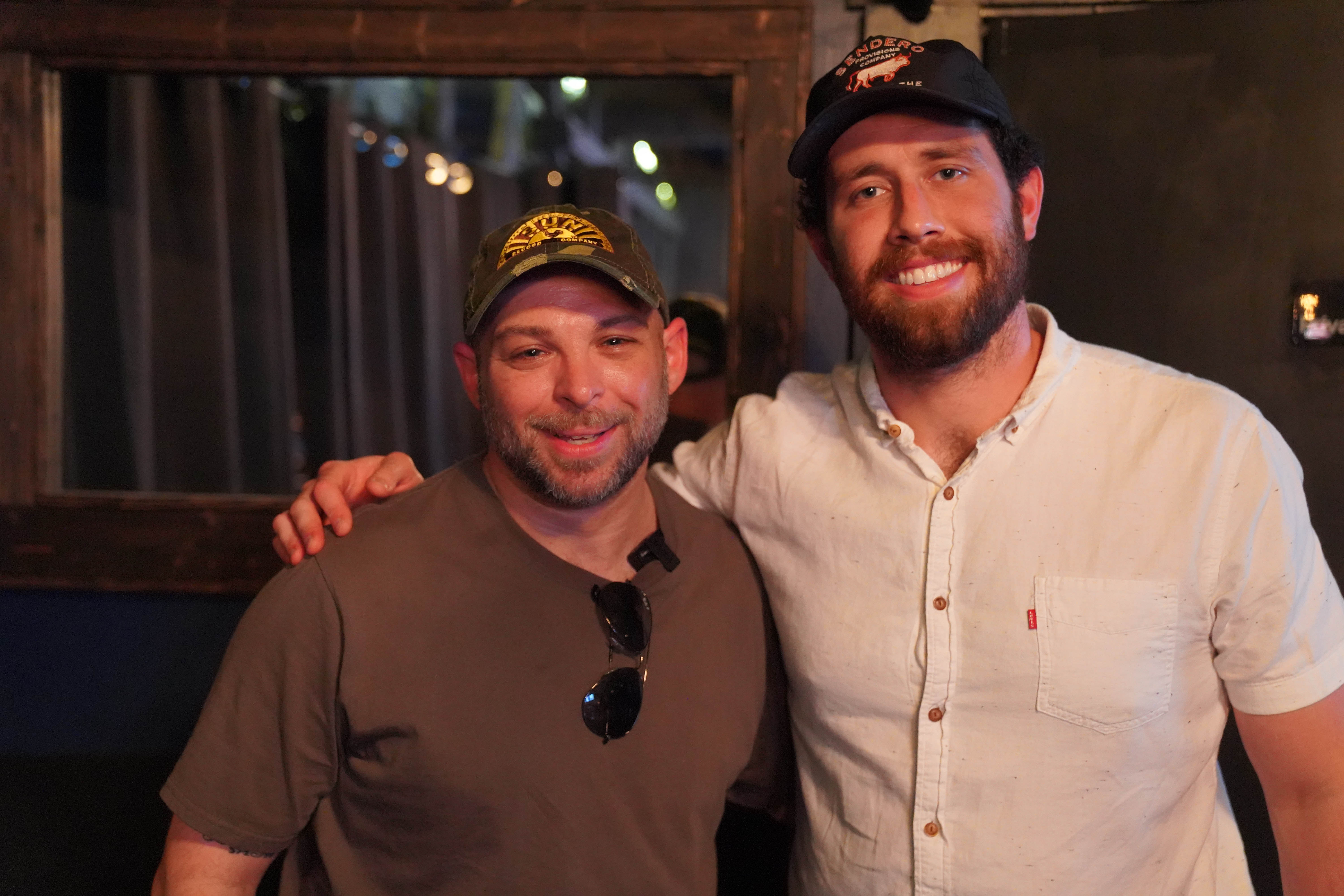 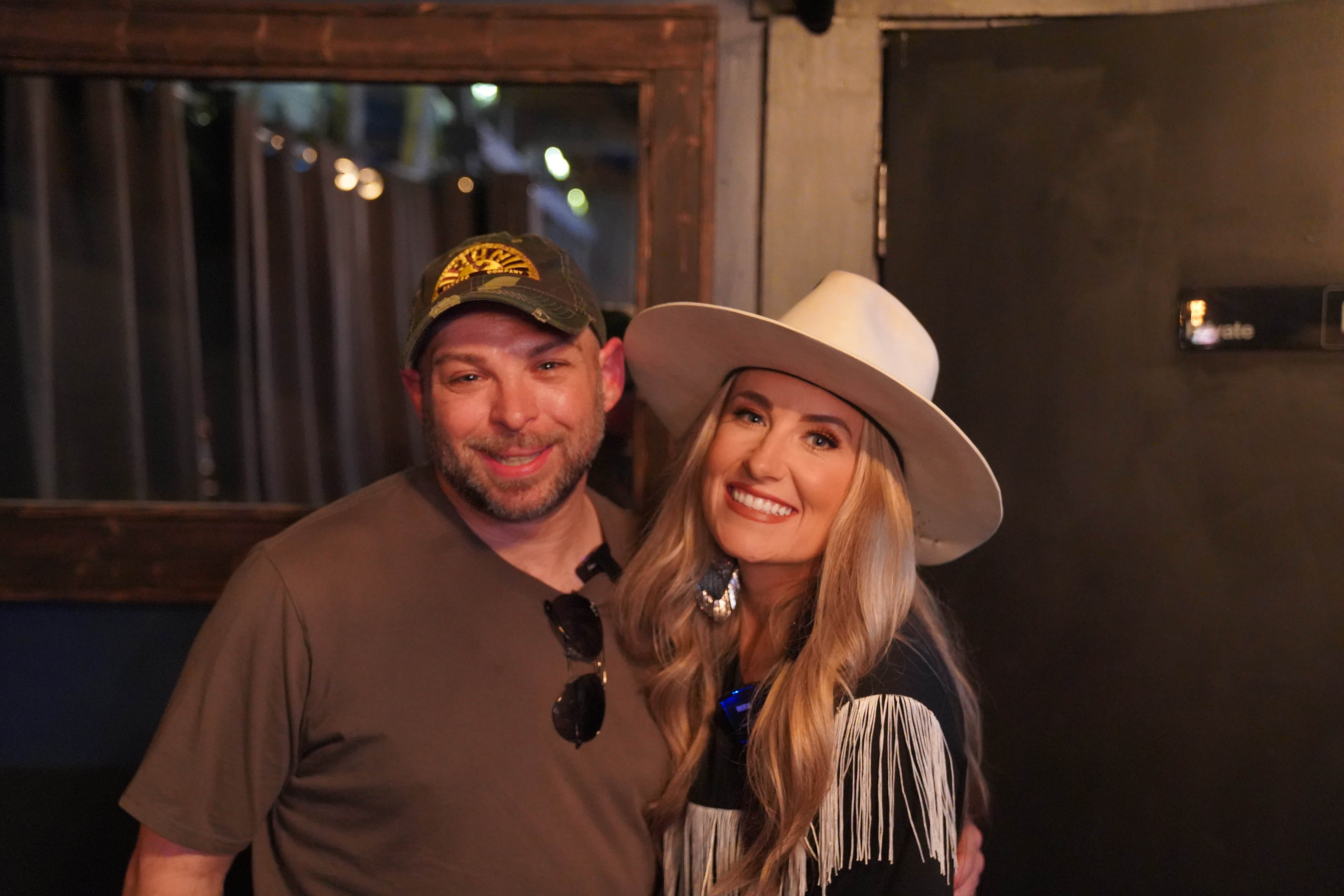