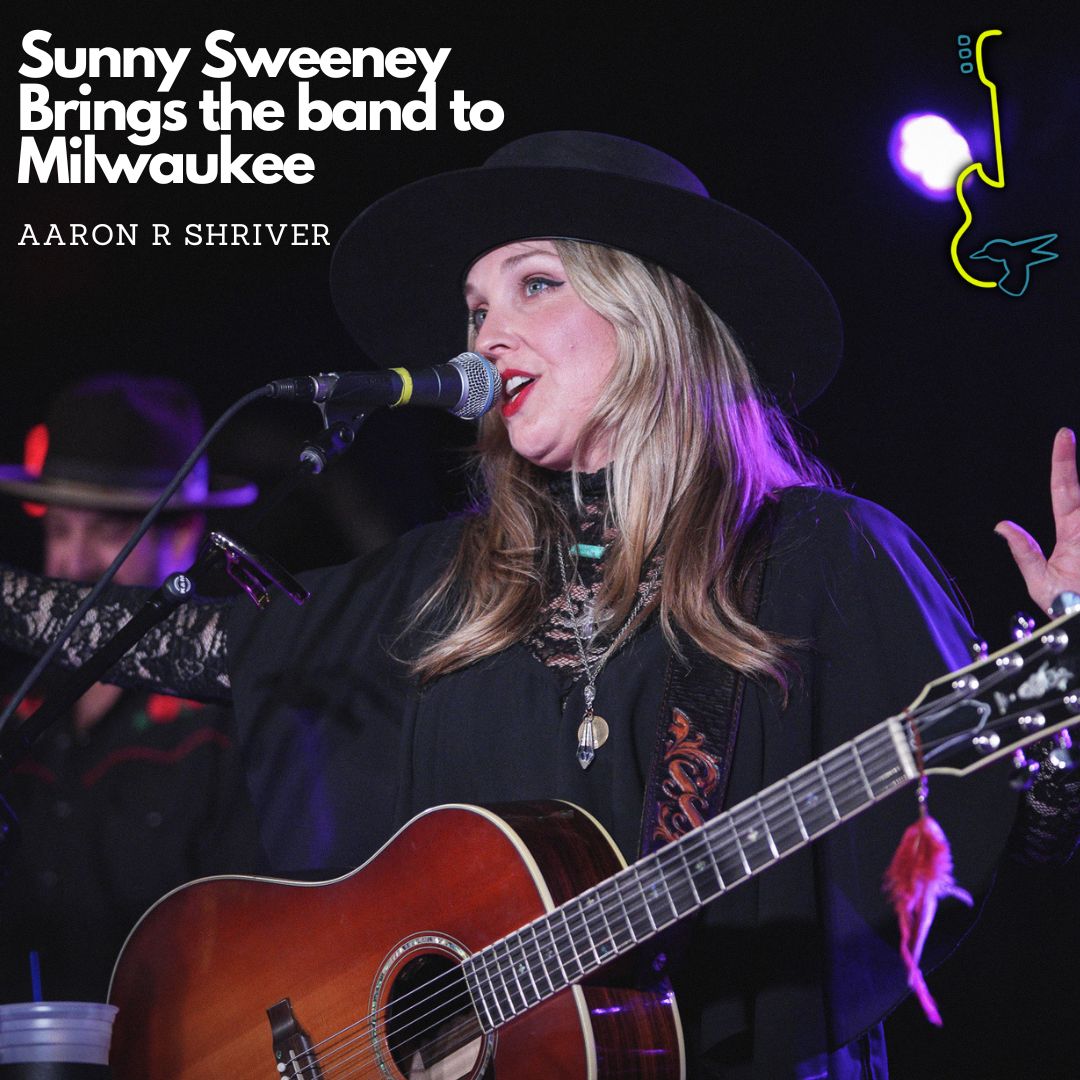 Thirty years after a cigarette butt tried to take down this infamous venue in a blaze, Shank Hall is booming more than ever. This Spinal Tap influenced Wisconsin Bar/Music Venue holds a mere 300 people in downtown Milwaukee. Tonight, Sunny Sweeney with special guest Ben Danaher takes the stage to a room full of die-hard music fans. 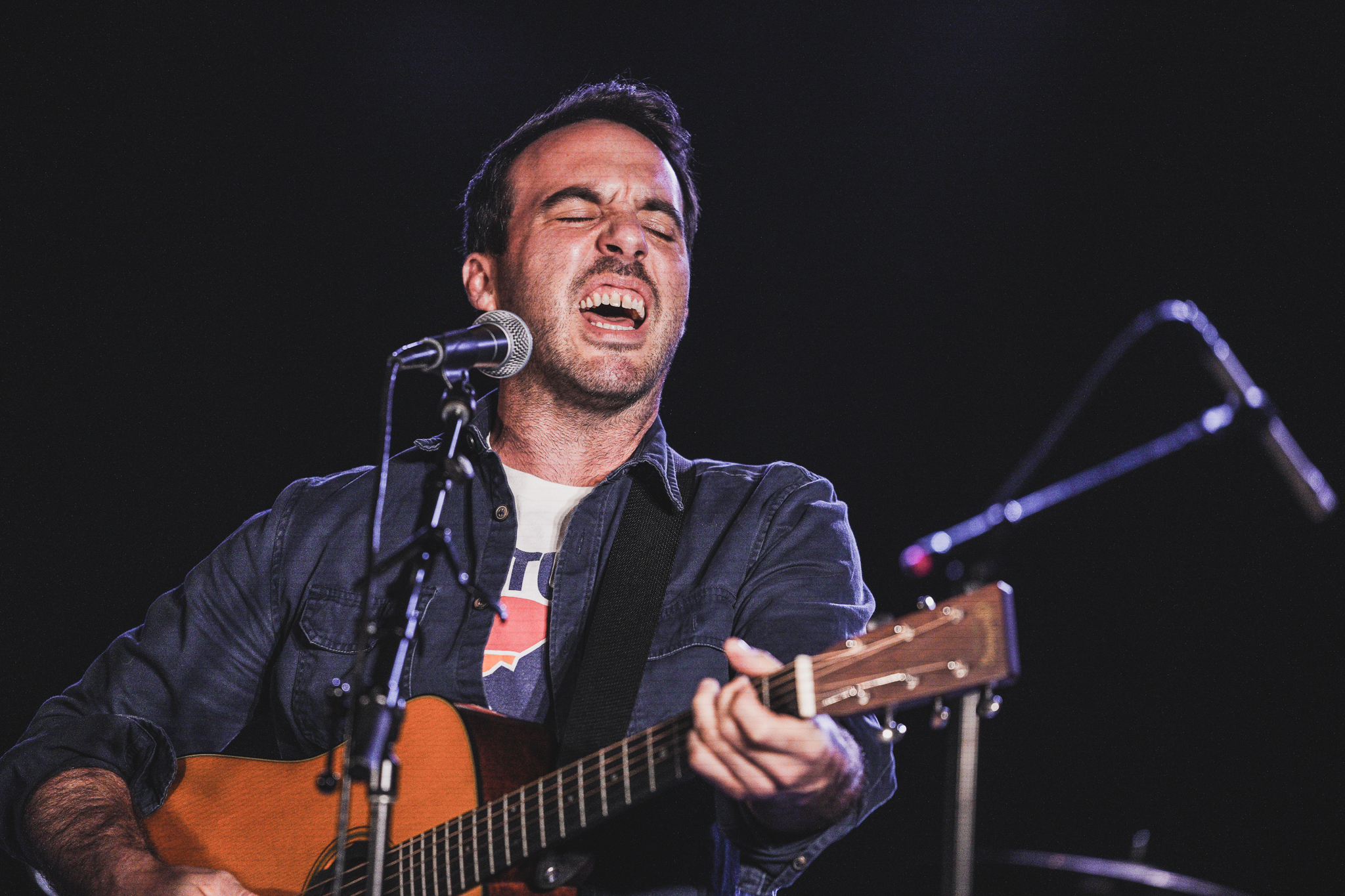 Ben Danaher, The Texas Soulful Singer/Songwriter opened the night with his newest song “If I’d Have Known Then”. Ben’s storytelling mixed in with his vocals can give just about anyone haunting chills up their spine. The Minute Ben commanded that mic I could hear a pin drop inside Shank Hall. During his 30 – minute set he captivated the audience song after song. Wrapping his set up with “Jesus Can See You” & “My Father's Blood”. Even stepped away from the microphone at one point to let his vocals belt out the lyrics making the hair rise on the crowds’ arms.

If I’d Have Known Then

Taught Me To Lie

We’ll Do The Business

Jesus Can See You 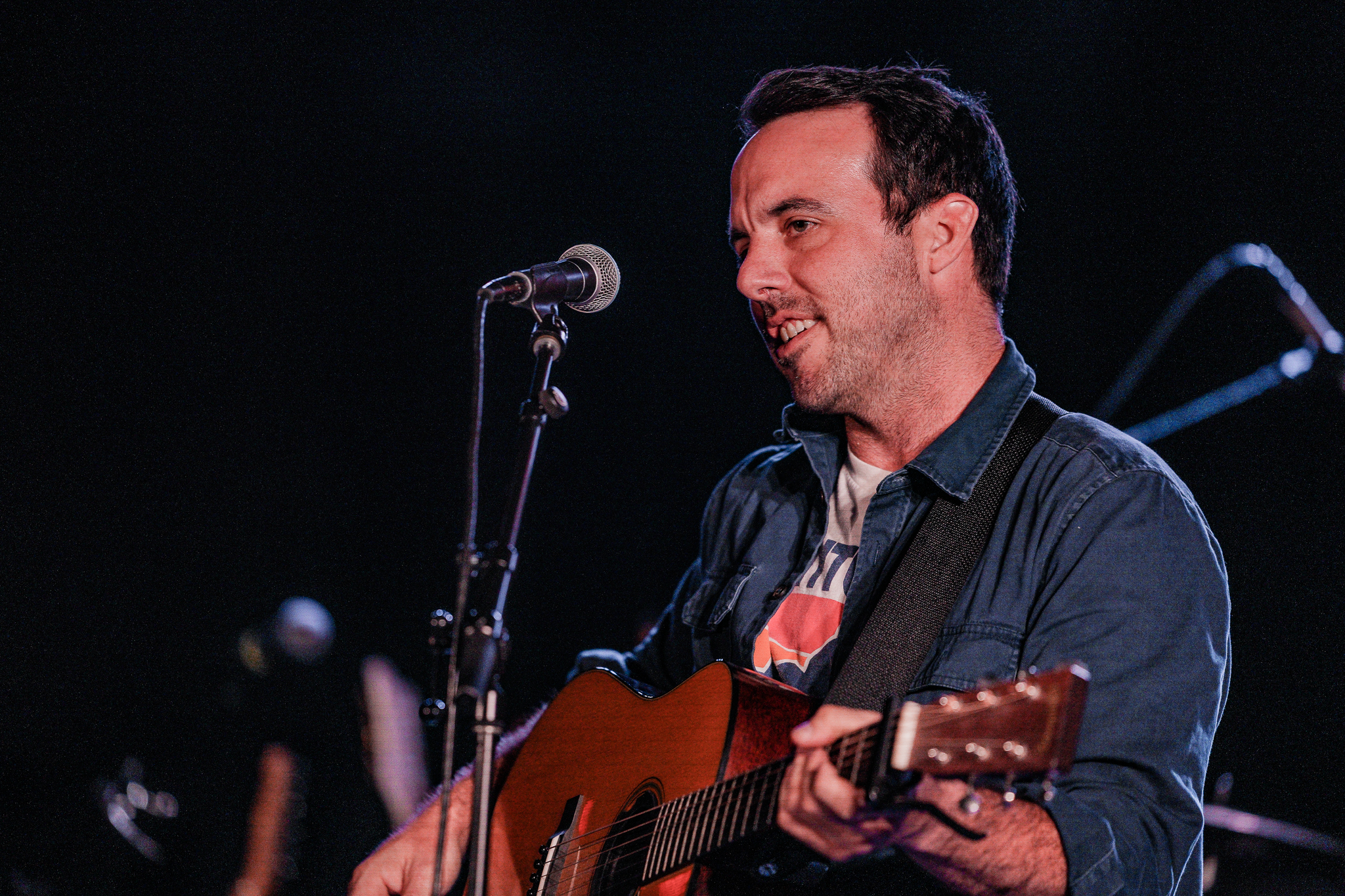 The crowd was warmed up and ready for another Texas native Sunny Sweeney. Sunny strums her guitar, and we are off the opening with her song “Tie Me Up”. Quickly getting the Milwaukee crowd singing along was her first cover of the night by Stevie Nicks, which you can tell is a major influence on the style of music Sunny Sweeney creates. Sunny is a storyteller in every song, but it was a phone call that set the tone for the style she writes. After filling in for Loretta Lynn at Billy Bob’s, Sunny’s phone rings, and it's Loretta herself, to thank the young singer/songwriter. Prior to hanging up, Sunny was quick to ask, “Any Advice” with the short but sweet reply of

“Write What You Know”

hence why we get songs about leaving and wine. With that story Sunny went into 2 songs off her new album “Married Alone”, “Leaving Is My Middle Name” & “Song Can’t Fix Everything”. She closed her set with her 2010 hit “From A Table Away” & a rocking cover of “Stop Dragging My Heart” before running off to the merch table to turn into a cotton salesman. She commanded the crowd in her 90-minute set with downright truthful lyrics that hit hard. 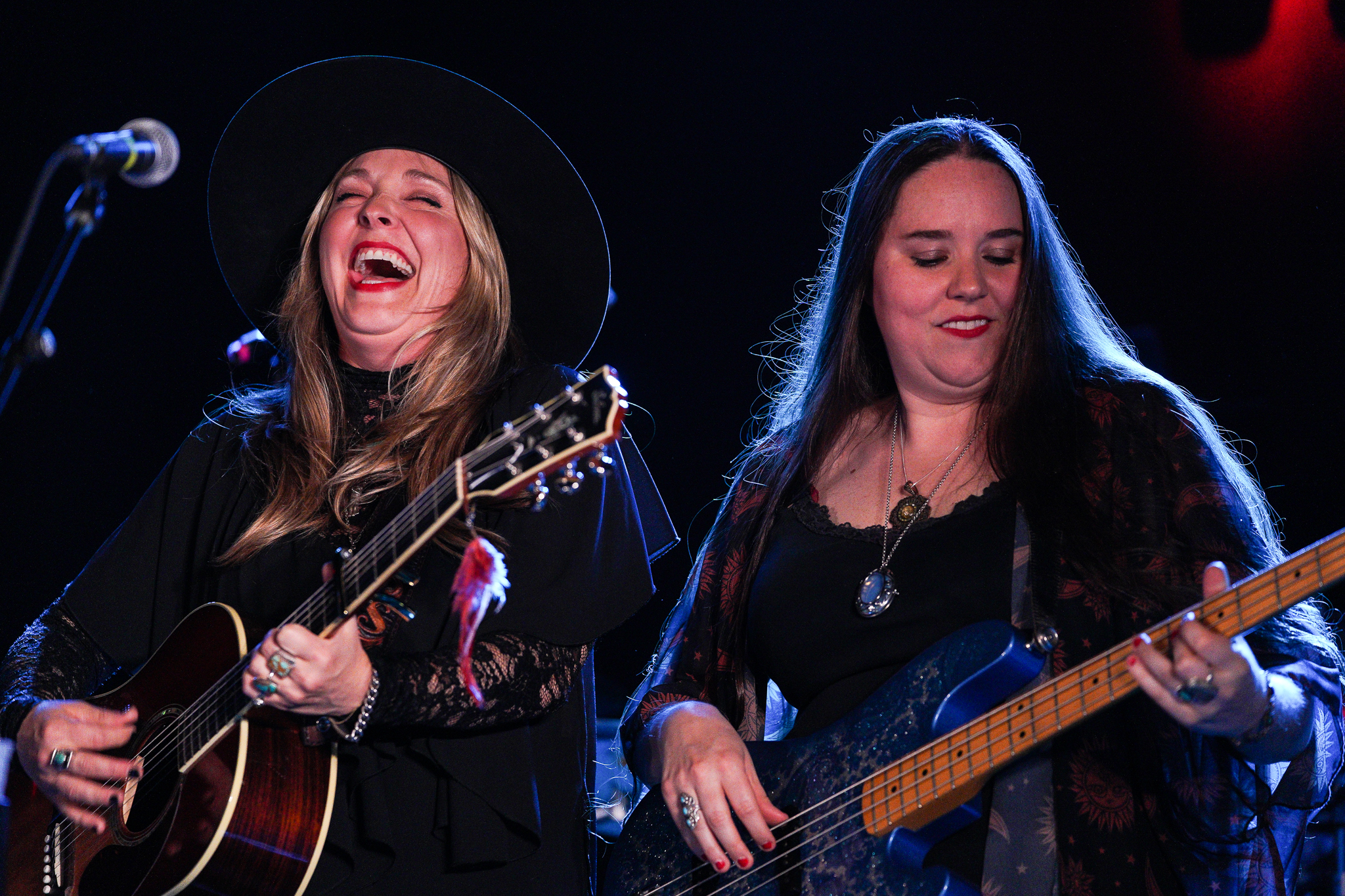 Staying Is Worse Than Leaving

To Be Alone With You (Bob Dylan Cover)

Grow Old With Me

Leavin’ Is My Middle Name 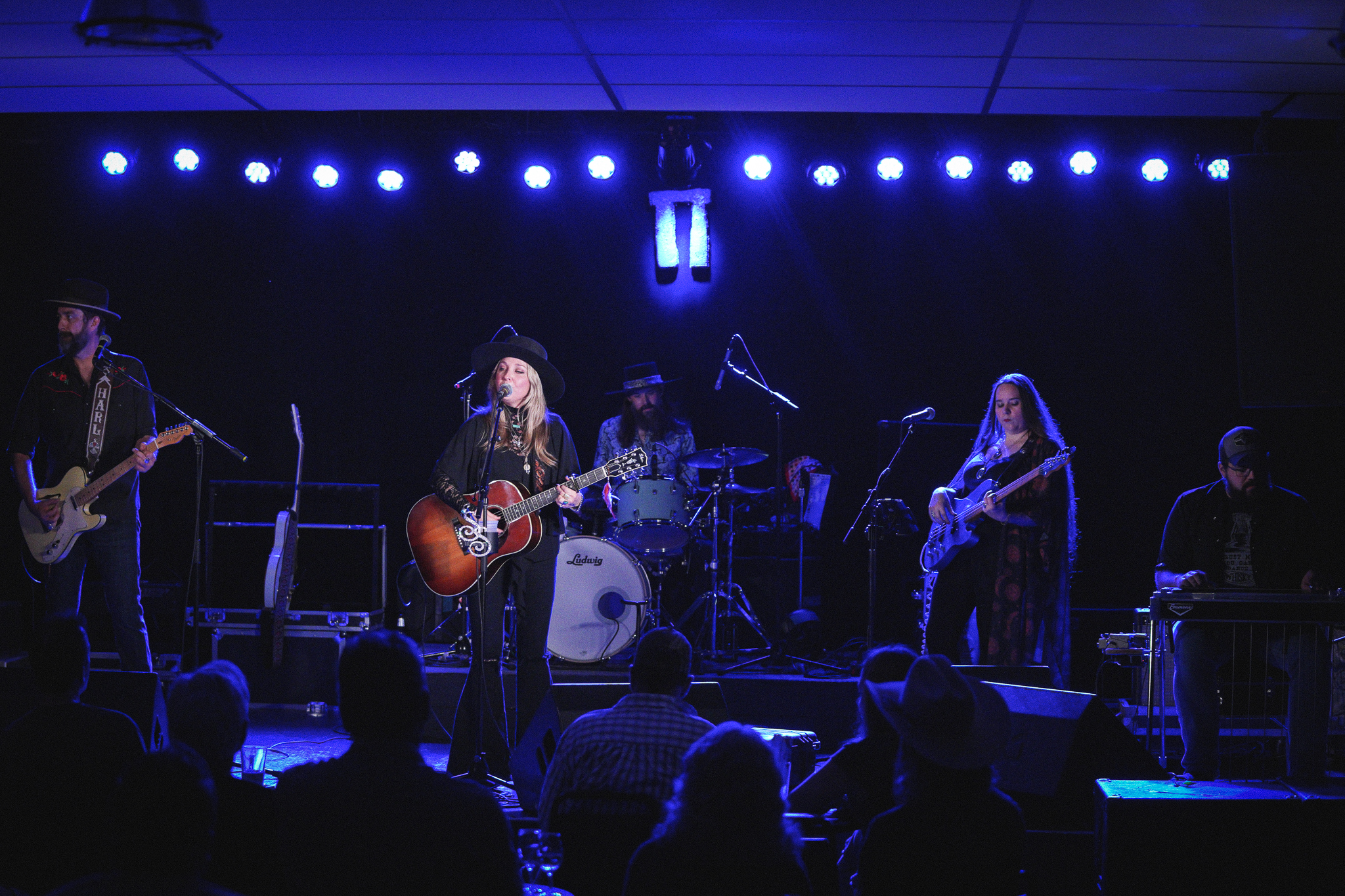