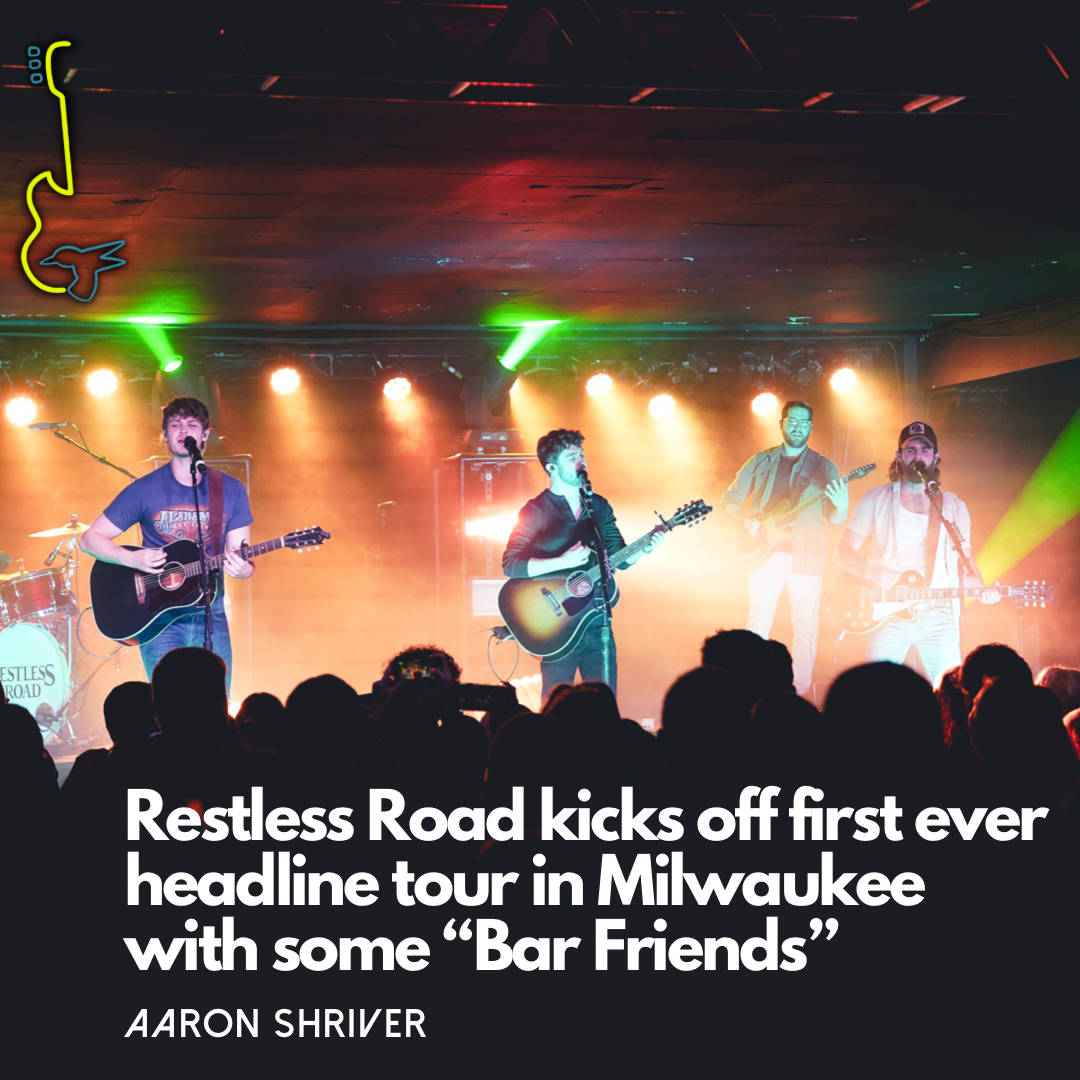 The kick-off to Restless Roads “Bar Friends Tour” started this week in Milwaukee, WI at the famous Rave/Eagles Club. Kat & Alex, a husband & wife duo opened the show & warmed up the Milwaukee crowd. During their cover of a Luke Combs hit “Forever After All” not only did they have the crowd signing they owned the song by singing part of it in Spanish but wow these guys blew us away. If you are planning on attending a stop on this tour, make sure to arrive early & see this amazing duo. 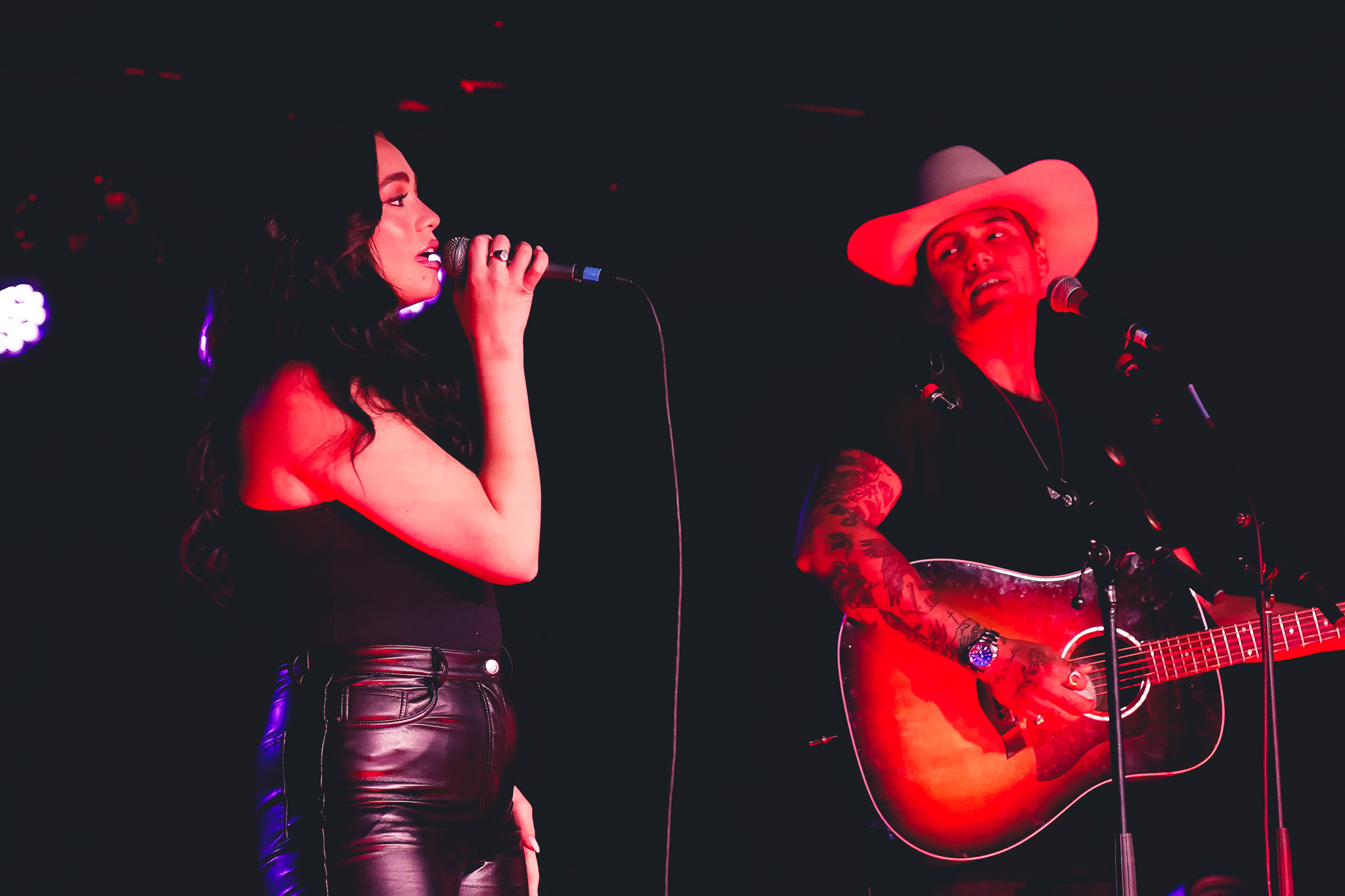 The crowd quickly grabbed their signed posters & tour tees and found their little piece of real estate on the wooden Rave floor. Lights went down & the music got just a little louder, the band took the stage followed by Zach, Colton, & Garrett, and you could tell they were ready. The packed Wednesday Milwaukee crowd gathered closer to the stage and Restless Road kicked it off with “Hometown Tonight”. The harmonies between these three showed why they are powerhouse. Then mix in the lyrics and stage presence & this is one dangerous trio. You get it all with these guys, 3 different styles of songwriting, & 3 different styles of signing. They showcased those styles on a mash-up of songs they would cover over on Tik Tok where they have surpassed over 2.2 million followers. Before the song “It Ain’t Easy” they talked about their Grand Ole Opry debut and how much it meant to them to step into that circle. The same circle that their heroes have before them. Tonight, here in Milwaukee they brought a little of that June 2021 Opry debut to the Rave. 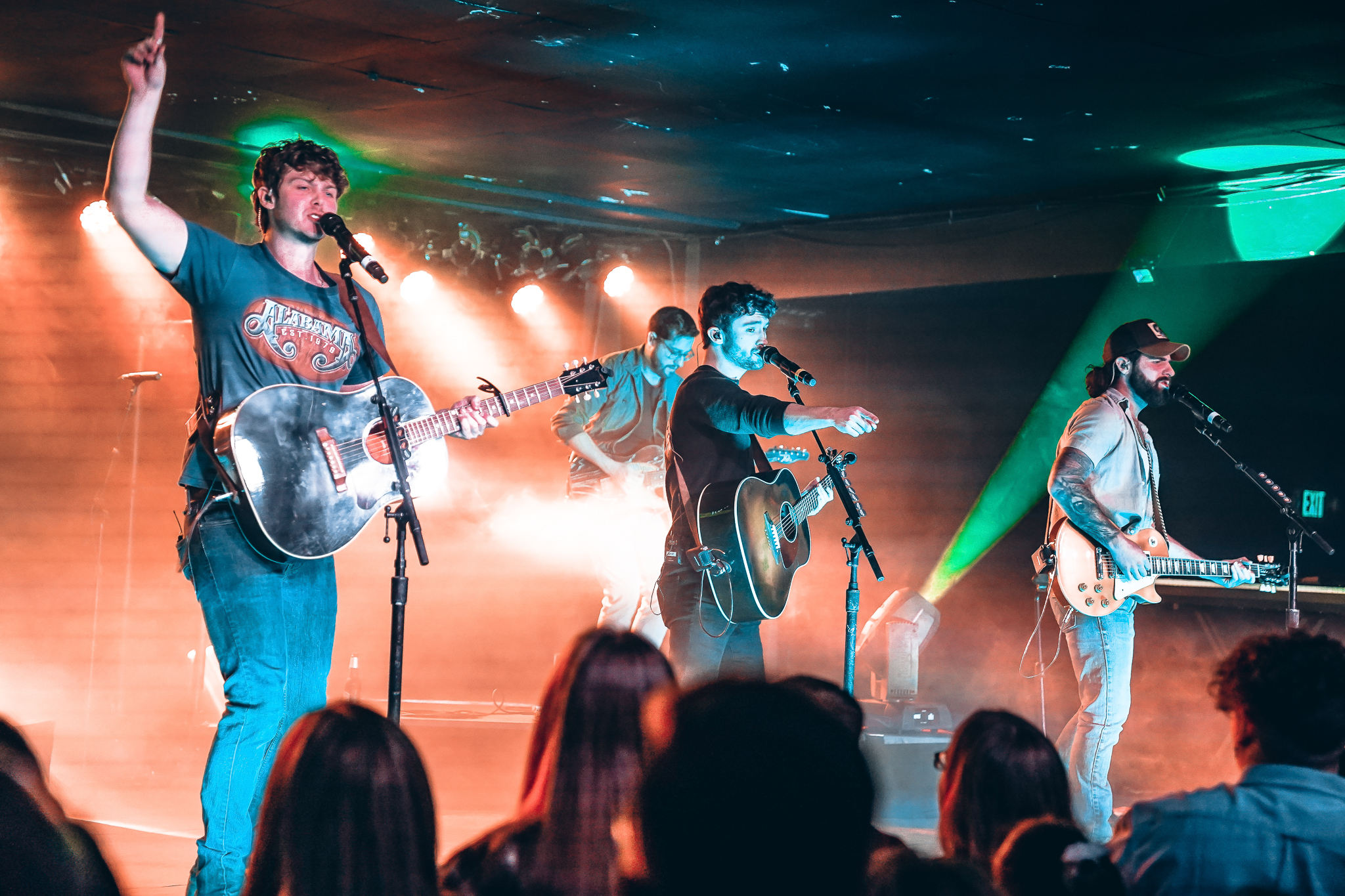 We even got a nice little surprise, for the first time ever they performed a new never heard song “Rockin’ Bars” one of the best lines I have ever heard in a song “Rockin’ Bars to Rockin’ Babies” they even said this song will be recorded soon, and we can’t wait! This went into a cover by the Jonas Brothers' “Burnin’ Up” which they quickly thanked the crowd after by saying

“You just helped us fill a childhood dream” 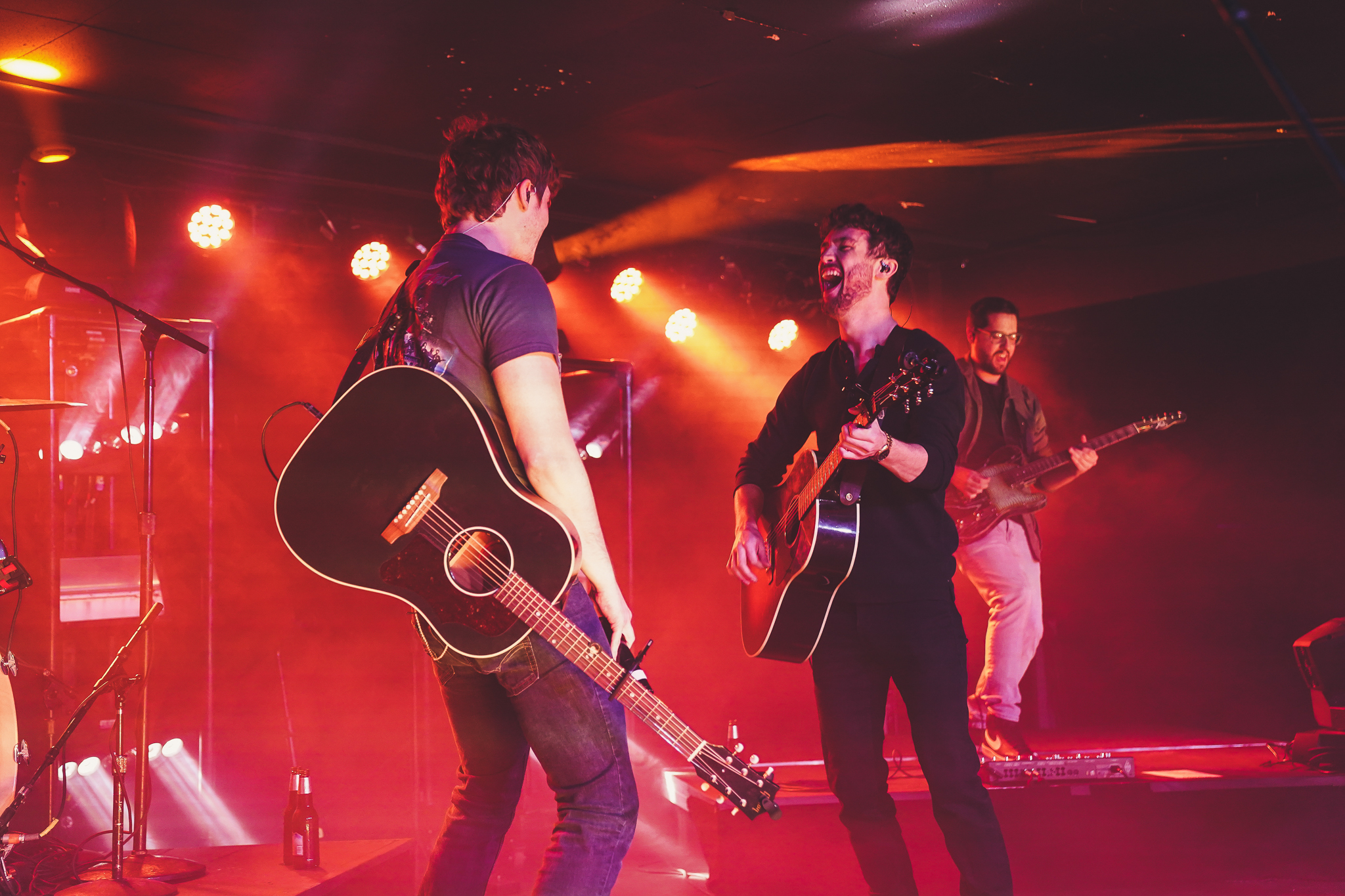 You could tell that Zach, Garrett, & Colton had put their earlier trailer troubles that delayed them leaving Nashville aside & gave the Milwaukee crowd everything they had. Earlier during our interview with the band Zach & I connected over our West Virginia roots, and that played into the band's next song "Take Me Home". This song samples John Denver's "Take Me Home, Country Roads" Zach told the crowd how it makes him feel a little piece of home every night they play it. This was also a song they collaborated on with Kane Brown who is responsible for helping these guys get back together just a few years ago. If you have ever seen these guys live, thou you would think it was just destiny that these 3 harmonies found one & another. They threw in "No Can Do" & "Beer Forward" before slowing it down for their first official radio single "Growing Old With You". If this is not your summer wedding song then I don’t know what is, because this is the love song, we all need. When you find that special person to grow old with then I feel like everything else just comes second. Some of my favorite lyrics of the song are:

“Maybe one day our babies go, And have some babies of their own, And you'll get all my time 'til all my time is through, I feel like growing old with you” 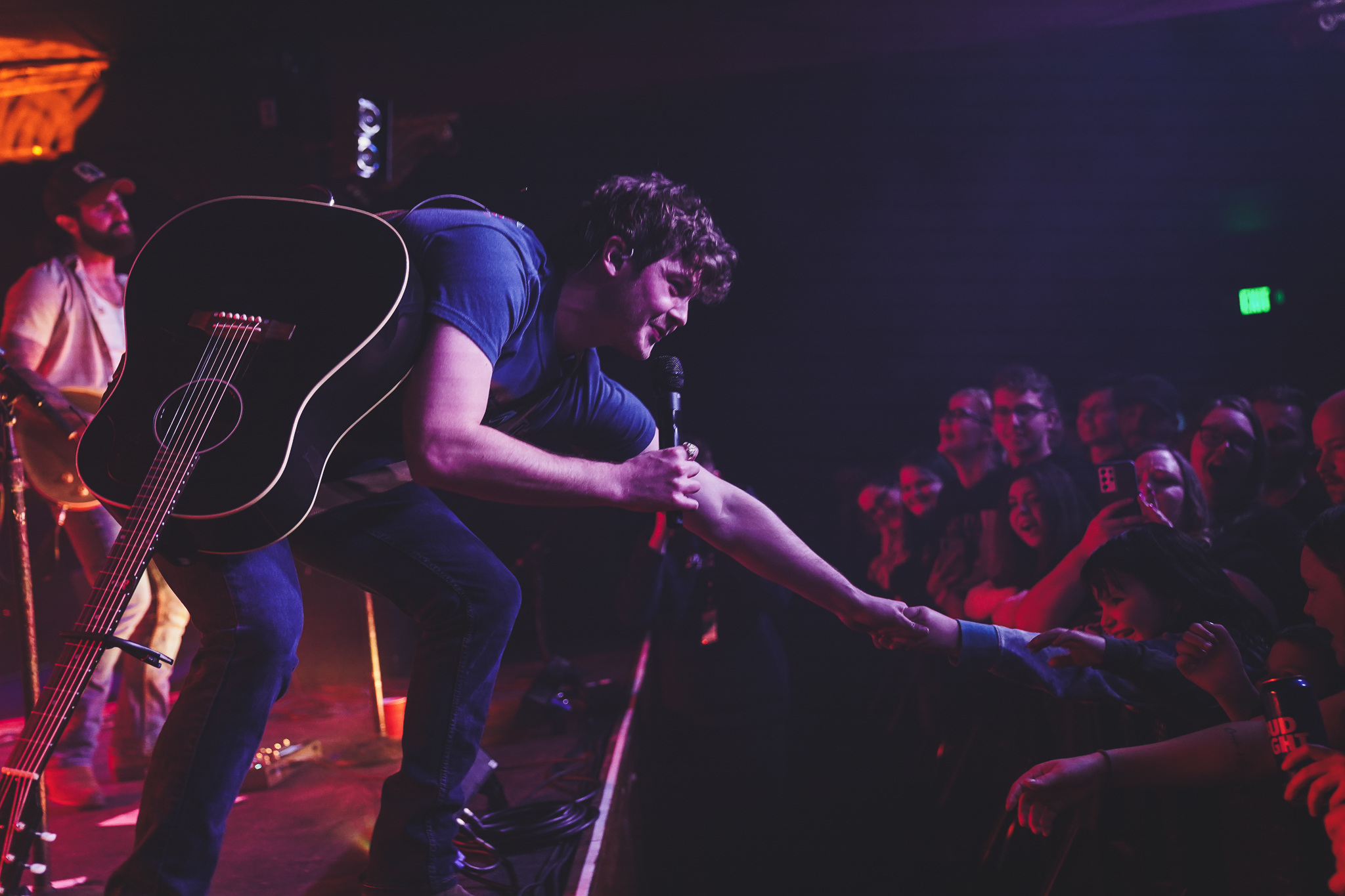 "Growing Old With You" was penned by Jordan Reynolds, Jordan Minton, & Lady A's Charles Kelly. The guys say they are very fortunate that song found them. Looking around the crowd I would say so was Milwaukee. Since Restless Road performed this song on the Bachelor it has been in high demand for couples everywhere. Next, they called Kat & Alex back to the stage to sing "Life Is A Highway" a song written by Tom Cochrane & was cut by both Chris LeDoux & Rascal Flatts. Restless Road closed the night with the hit song “Bar Friends” & they had the crowd singing & dancing along which capped off what was truly an amazing opening night set, & it will be a hard one to top during this tour. I highly suggest you check out the Bar Friends Tour 2022 before they wrap up at the end of May. It’s packed with high-energy sing-a-longs, moving ballads & a few covers that will leave you wanting more. All I got to say is “Keep Your Eye’s On The Road” because these boys have what it takes to be a dangerous trio in country music. 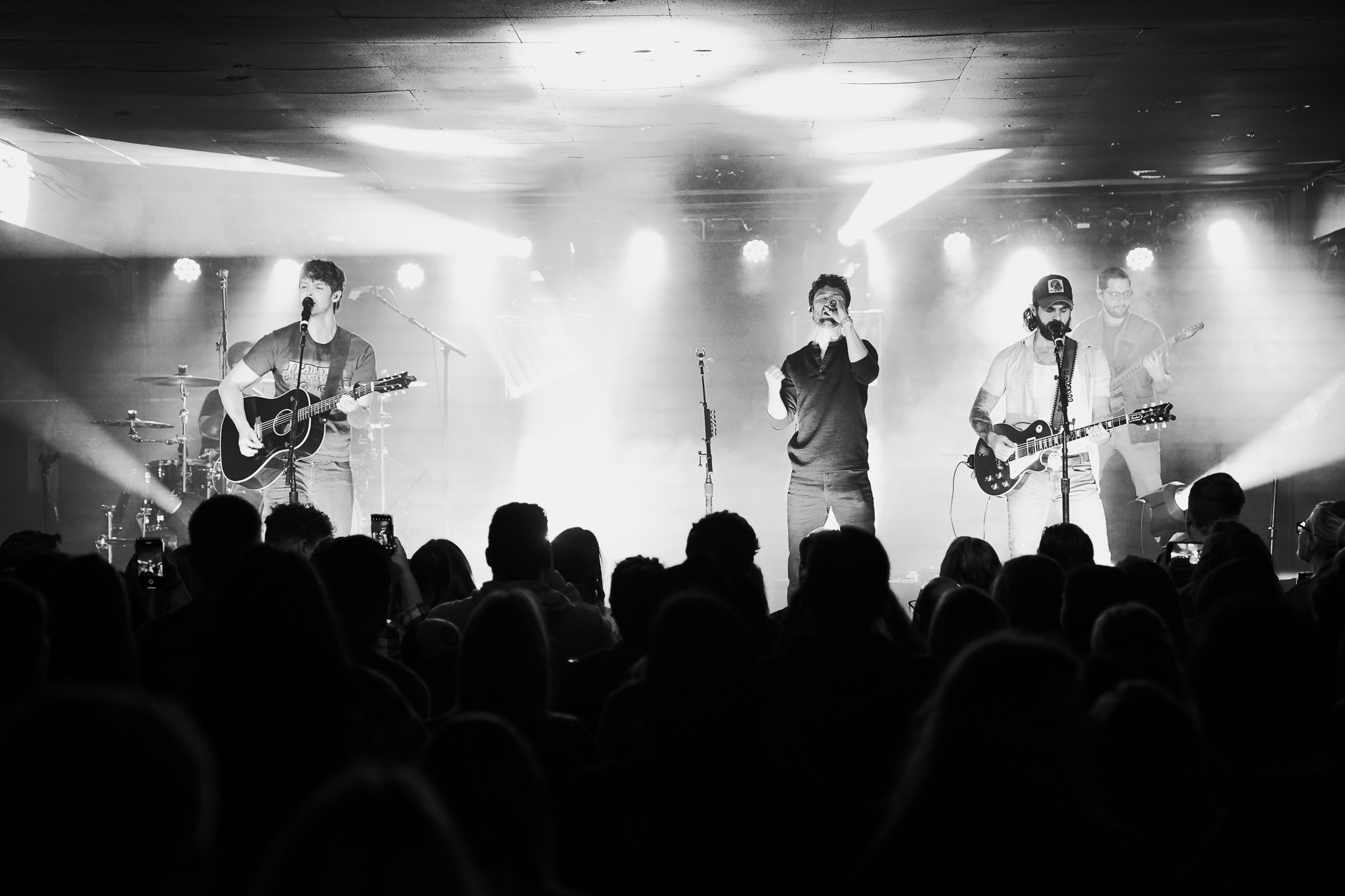 Make sure to catch Restless Road W/ Kat & Alex in a city near you: 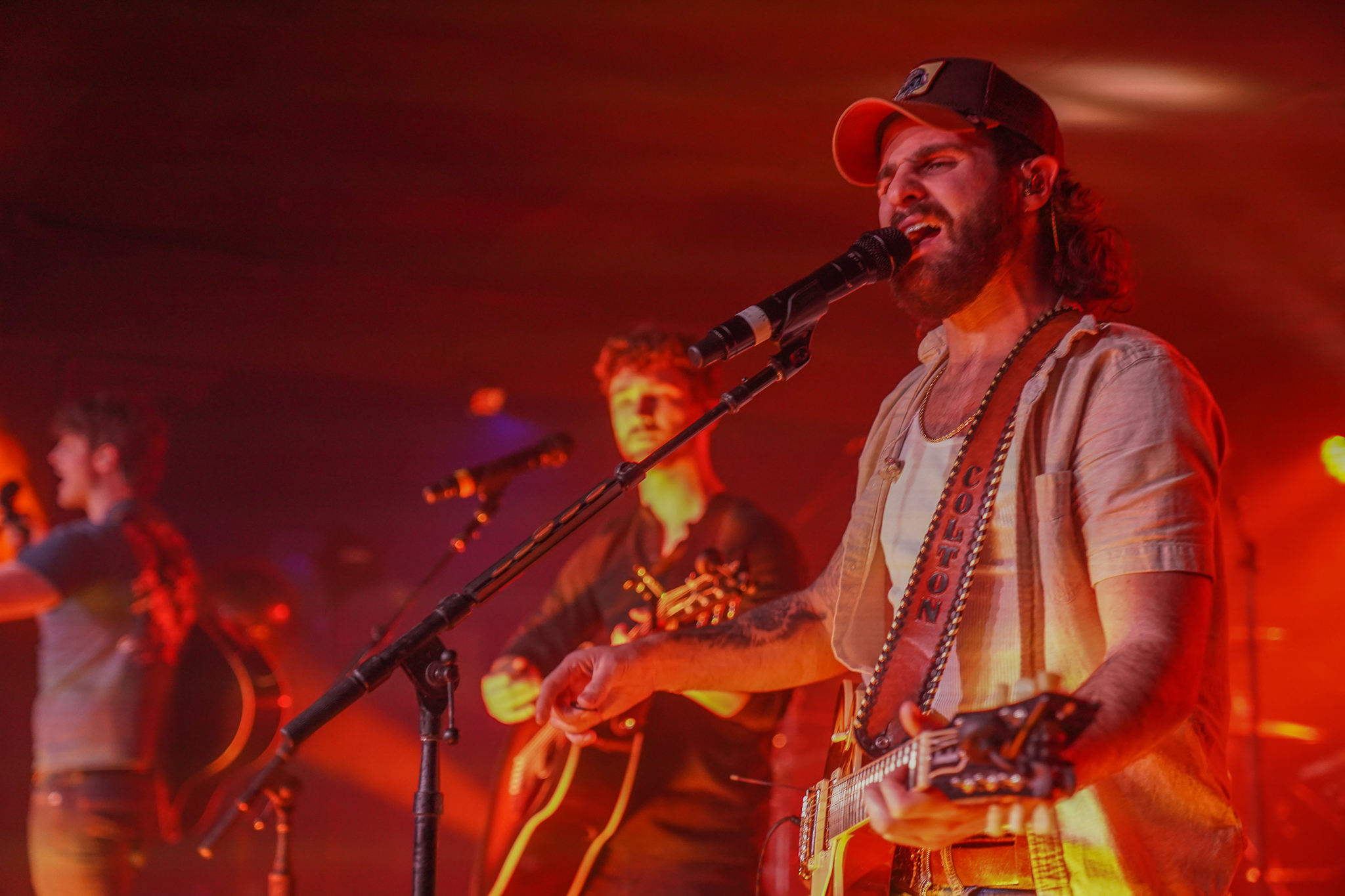 More Where That Came From

Doin' It With You

Took One look At Her Momma

Mashup (Your Man, Should've Been a Cowboy, Big Green Tractor,

Check Yes or No, Pour Some Sugar)

Take Me Back Road

Rockin’ Bars (For The First Time)

Growing Old With You

Click the image below for our sit down interview 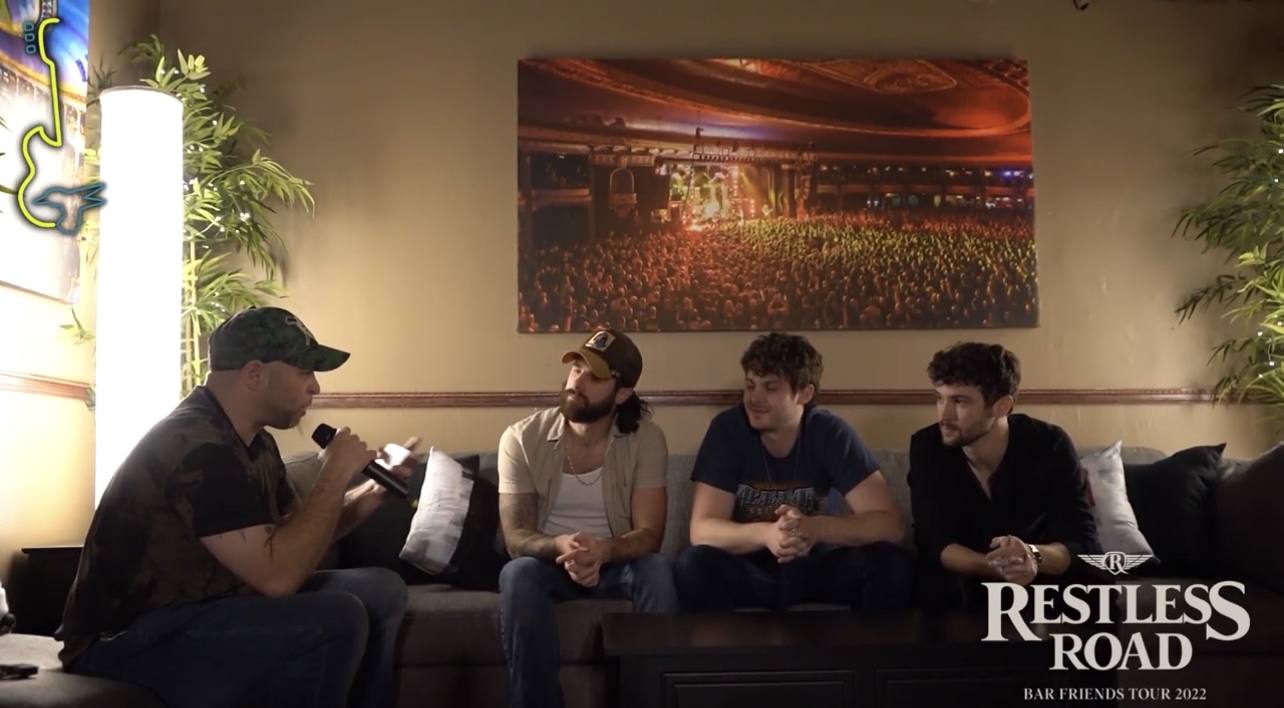 Check Out restlessroad.com For More Information