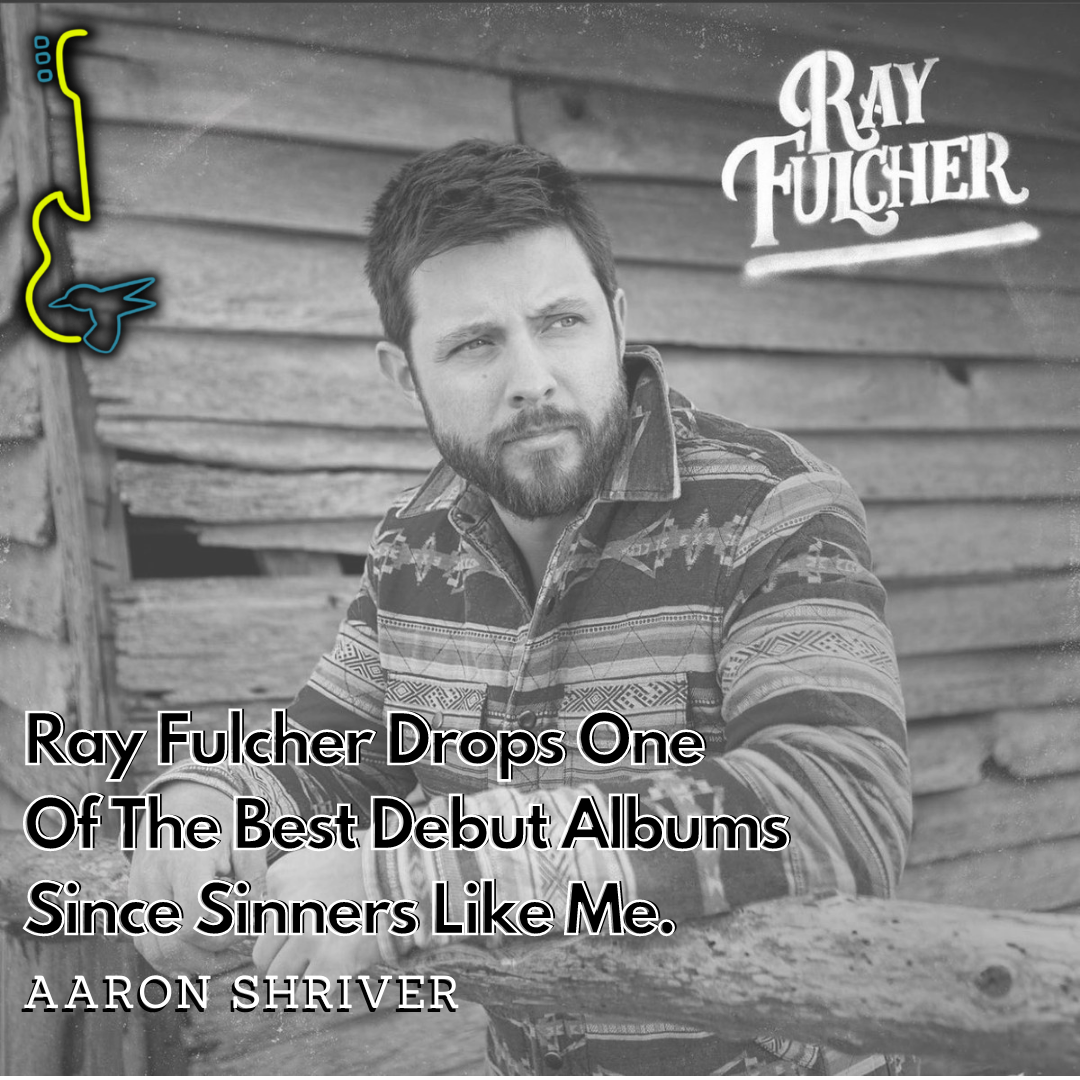 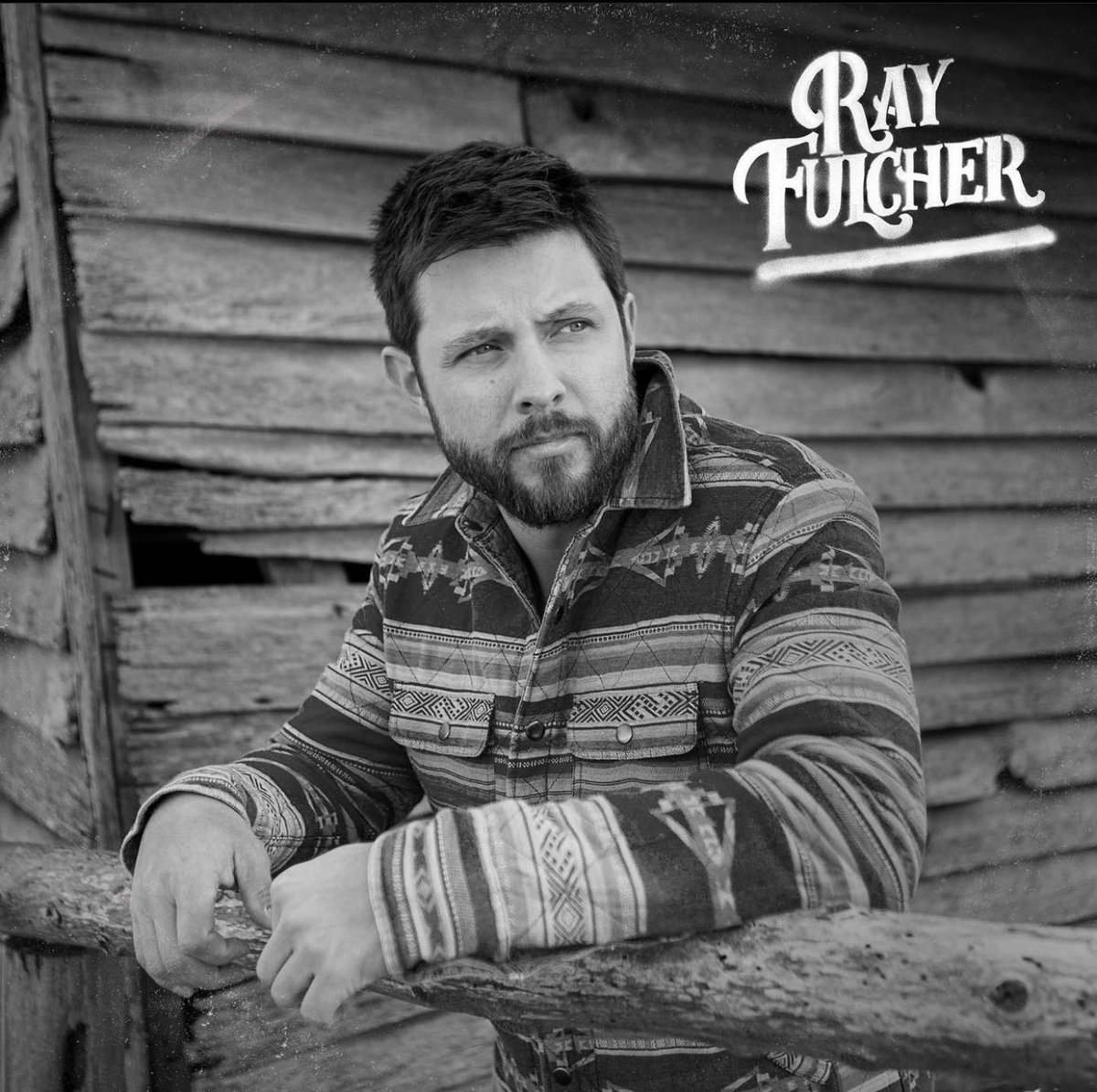 After waiting a lifetime “Spray Painted Lines” By Ray Fulcher is here, this release has been what Ray has waited since he was a young dreamer for. When was the last time we had an album that had more than 11 or 12 songs? Well, Spray Painted Lines comes in at 17 songs of heartfelt songwriting tunes that are for sure going to leave you with a few smiles and maybe a blown speaker or two. Ray Fulcher wrote all but 2 of the 17 tracks, the album was also produced by hitmaker Jonathan Singleton.

“A spray-painted line on the west end of Main Street”

talking about those early days of seeing who has the fastest wheels in the county. The song hits like an old drag race & makes you feel the song title. Once Ray takes off in this song he is not slowing down.

“Sellin’ Cars” follows up & talks about those jobs we have all had where we knew one day it would be a thing of the past, & when Ray was Selling cars listening to Eric Church, I’m sure one of those dreams was June 10th, 2022. This song sounds like something straight off “Sinners Like Me”, a personal song for Ray that he nails. I’m sure that old used car lot will be hanging this album on the walls in the coming weeks saying remember when. Another hit on what is sounding like a very impressive debut album

“Anything Like You Dance” is a Ray Fulcher classic and will be for years to come. The upbeat tempo has those toes tapping & the smiles on all our faces. This one has been a staple with Ray fans for some time, but if you are new to Ray’s music then I’m sure this is one you will replay very soon. Such a feel-good song, that won’t disappoint

The popular sing a long “Girl In It” comes in at song #4. You know how everything is better with a girl around, well Ray agrees. Listing all the ups & downs & how they are surrounded by well you got it because there is a girl in it, this is another instant Ray Fulcher classic and keeps the album theme which is all gas and no brakes.

Ray tries to slow it down a little with “If You Like Your Boys Like That”, but a little groove keeps it another upbeat love song. Even name-dropping Whitley on vinyl, this song has everything you need to sweep that girl off her feet.

“I like a mossy oak pattern on a worn-out hat, I like an end of the week Friday night six-pack, I like a late-night buzz, from a pinch of wintergreen, If You Like Your Boys Like That, then you’re going to love me”

The much anticipated “John Wayne” flows next onto the album. Keeping that groove and the upbeat tempo. Ray goes down a list of comparing what it would be like without his love, “almost like the wild wild west without John Wayne”. The song will have your foot tapping right along with the old-school groove.

After 8 songs, Ray slows down for the love song “After The Rain”. You know that feeling when the rain is over and the sun comes out, that’s how good this song feels. That blue sky after the rain is the inspiration for this song and a special lady or just makes you feel good about yourself and is that song when someone is done singing. We all need that anchor to keep us grounded & Ray talks about his

Picking the pace back up is “Life-Changing Money”. This one hits with the lyrics & could be one of the best-written songs on the album. Ray talks about the moments in life with money that really are life-changing kind of like buying that special ring and changing someone’s last name. Took a while to save up that life-changing money.

Who doesn’t remember some certain “Bucket List Beers” over your lifetime, that’s what this song is about. Naming off all the time that the beer just tasted a little better cause of the moment you were having it in. This already is a Ray Fulcher classic and a staple in his live shows.

When I first heard “Battle Of Bettys Love” made the album, I was shocked. Being a die-hard Eric Church fan, I was lucky to know about a handful of songs Pre-Sinners Like Me. Now, we finally have one that has been resurrected. A song almost 20 years old has seen the light of day, thank You, Ray Fulcher. He did this song justice as well, let’s hope his next project has a song called “Wheels” on it. This album wouldn’t be complete without an Eric Church cut; it’s fitting for Ray’s debut album to pay tribute to those that paved the way.

Ever try showing off, and it didn’t go as planned? Well, “Damn If It Didn’t Hurt” is about that exact moment & your first broken heart. You know thou if we had to do it all over again, we would, the exact same way. You can hear the Drew Parker influence on this song, throw in Jordan Walker & you have yet another hit song on this album.

“Love Ya Son, Go Dawgs” is one we are all very familiar with, it was released a while back and we are glad it found its way onto Ray’s debut album. It’s one Ray didn’t write, but you can hear why he chose this song to be on his debut album, and we are glad he did. You don’t need to cheer for the Dawgs for this song to hit deep. Love Ya Dad, Go Cubs!

“Hearts To Break” is a foot-tapper & has a dangerous songwriting duo Jonathan & Ray tackle breaking hearts & drinking beers in this song. I could see this one being a duet down the road with the two heartbreakers as well. The lyrics of this song make this one a fast fan favorite.

By now you are “Way Out” on the album, and this song finds a perfect fit on the album. With an all-star writing team, you wouldn’t think anything less. They knocked this song Way Out. Nice upbeat tempo & very catchy will have you singing along by the second playback.

“Way Out Where The Stars Get You A Second Base Make Out, Where The Lightning In A Mason Gets Drank Out”

Only one way to close out the album, the fan-favorite “Sorry, Heart” comes in at number seventeen & might hit the hardest out of all of them. They say if you follow your heart, well sometimes we are hardheaded & don’t listen. This song is about saying sorry for breaking something you should’ve always listened to. This is one song I’m glad Ray held on to for himself. The raw emotion in this song makes it the perfect debut album finisher, pulling at the heart strings on this one.

This is the best debut album by an artist since 2006’s Sinners Like Me By Eric Church, you can tell the time & energy that went into putting this album together. Ray has been paying dues for a few years now & it shows with this album. It is a must-listen too, & you won’t be disappointed. 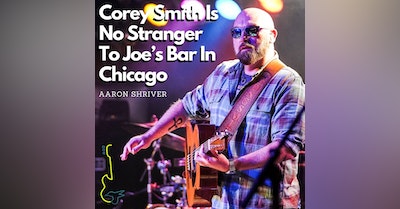 Corey Smith Is No Stranger To Joe’s Bar In Chicago

Corey Smith is no stranger to Joe’s Bar in Chicago; he has been playing at this iconic venue for over 15 years. Friday night, Corey brought somethi…