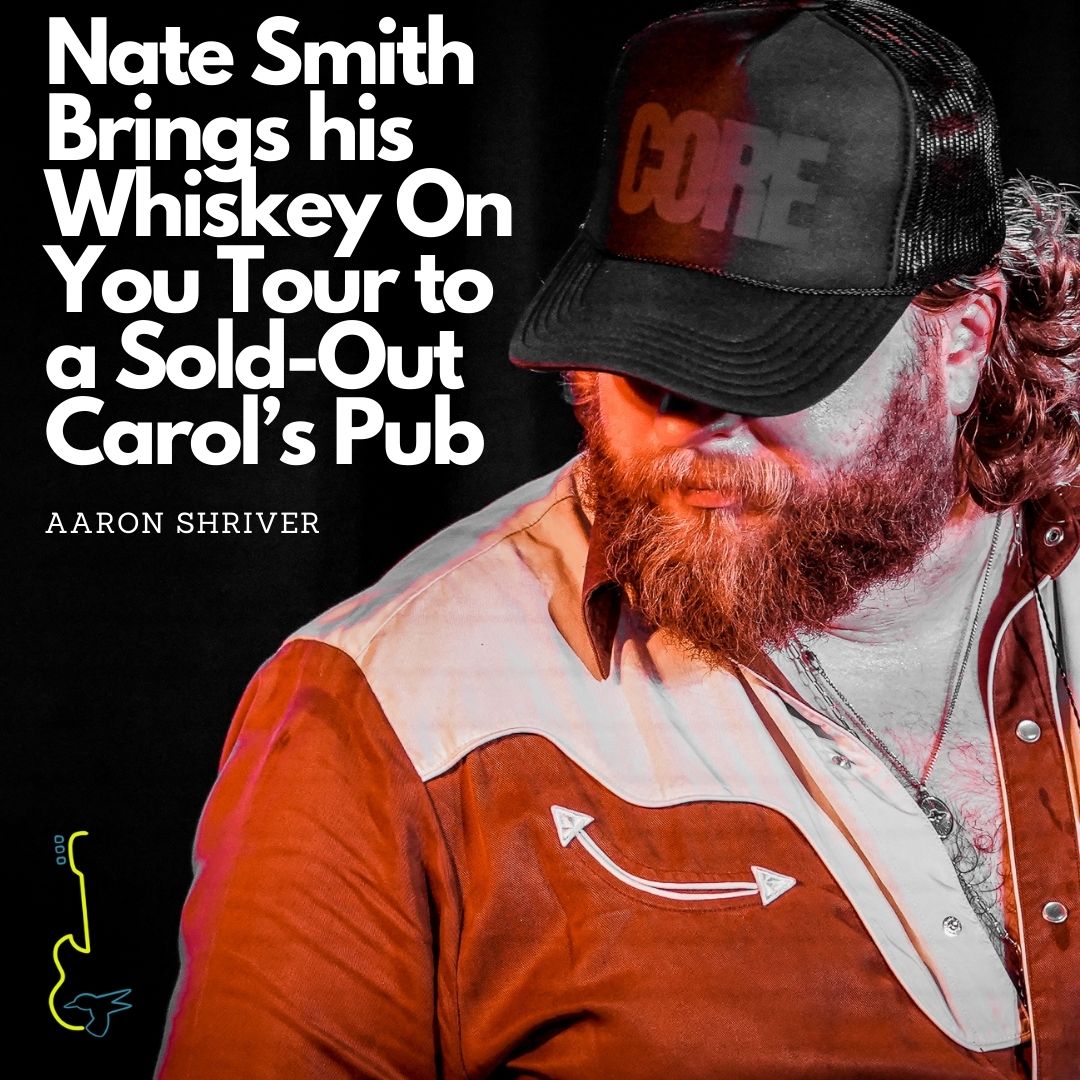 Nate Smith Brings his Whiskey On You Tour to a Sold-Out Carol’s Pub in Chicago. Taking the stage to kick off the night is a new up & coming band After Midtown which just dropped their latest single “Party In My Hometown” & turned Chicago into their hometown. The night was starting with a party brought to you by Adam Ernst and Michael Rotundo, two solo artists who decided to team up as a duo and we are glad they did. They had the crowd throwing the drinks back and making everyone “Raise One To It” inside Carol’s. Hell did get raised during this opening set. 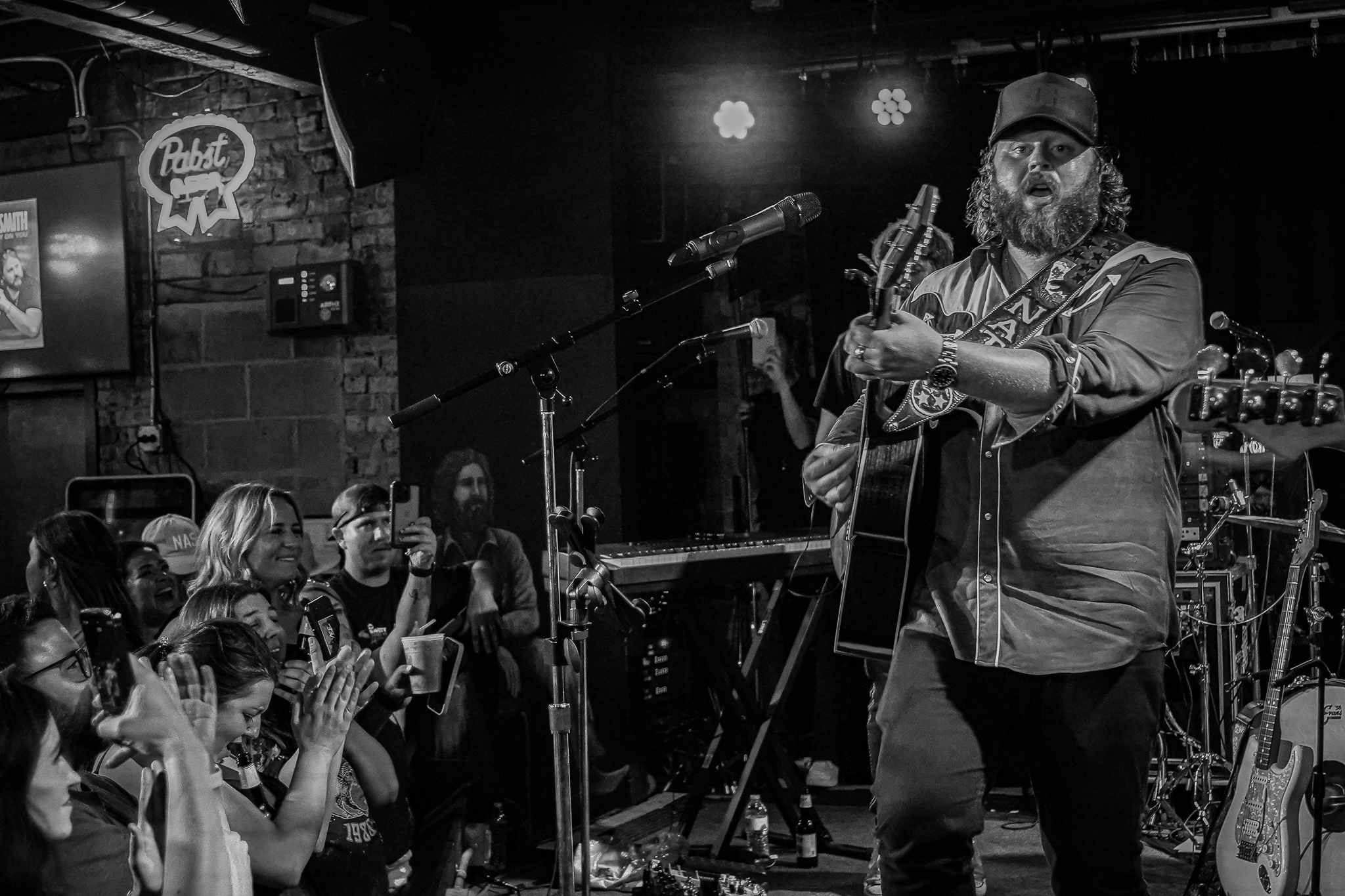 The Sold-Out crowd’s anticipation grew as the lights dimmed & Nate Smith took the stage to a thunderous crowd reaction. Wasting no time getting them fired up he kicked off his set with “Name Storms After” & “Alright, Alright, Alright”. Nate Smith Kept the High Energy show going while working the small dive bar stage. Interacting with every fan he can who paid to see the future of Country Music. Nate Smith has only released a handful of singles to streaming services & if songs like “One Good Girl” & “Every Single Day” are future album cuts, then this could be a dangerous album. Nate’s soulful voice almost didn’t get heard in Nashville, this is his second Nashville run after the first didn’t work. He moved back to Paradise, California, & during the wildfires in his hometown, it lit that fuse once again. Nate got in his car & headed back to Nashville, TN this time with a little more smoke in his rearview. 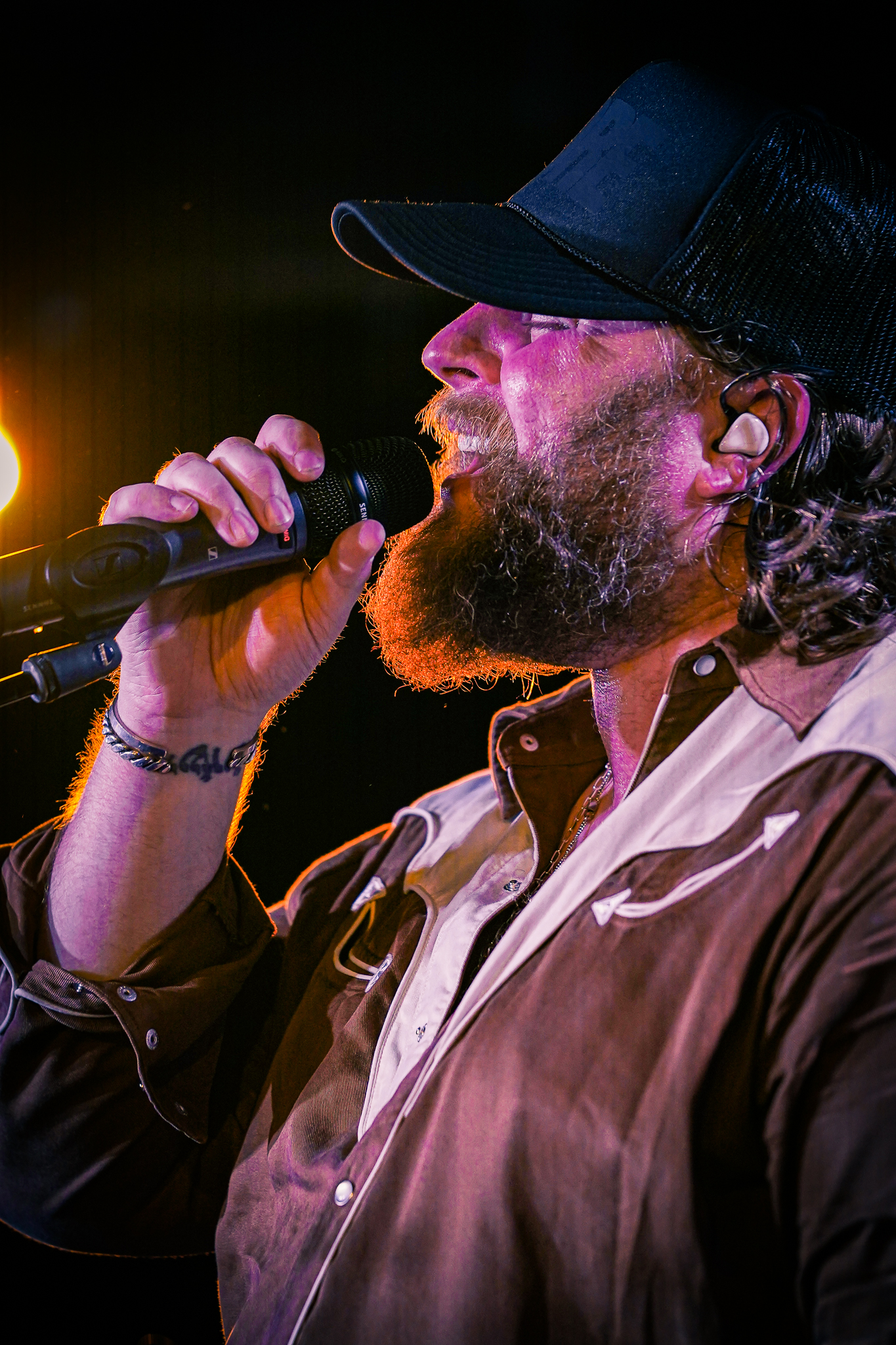 Nate is taking the Chicago crowd by storm when he went into “You Aint Been In Love” & “Wreckage”. The unreleased tunes are some of Nate's best, and the anticipation for a full album increased massively with the Chicago crowd. The crowd entered a sing-along with the 2021 release “Raised Up”.

When the voices in my head, Stop soundin' like my own, I drown 'em all out, And put on what I know 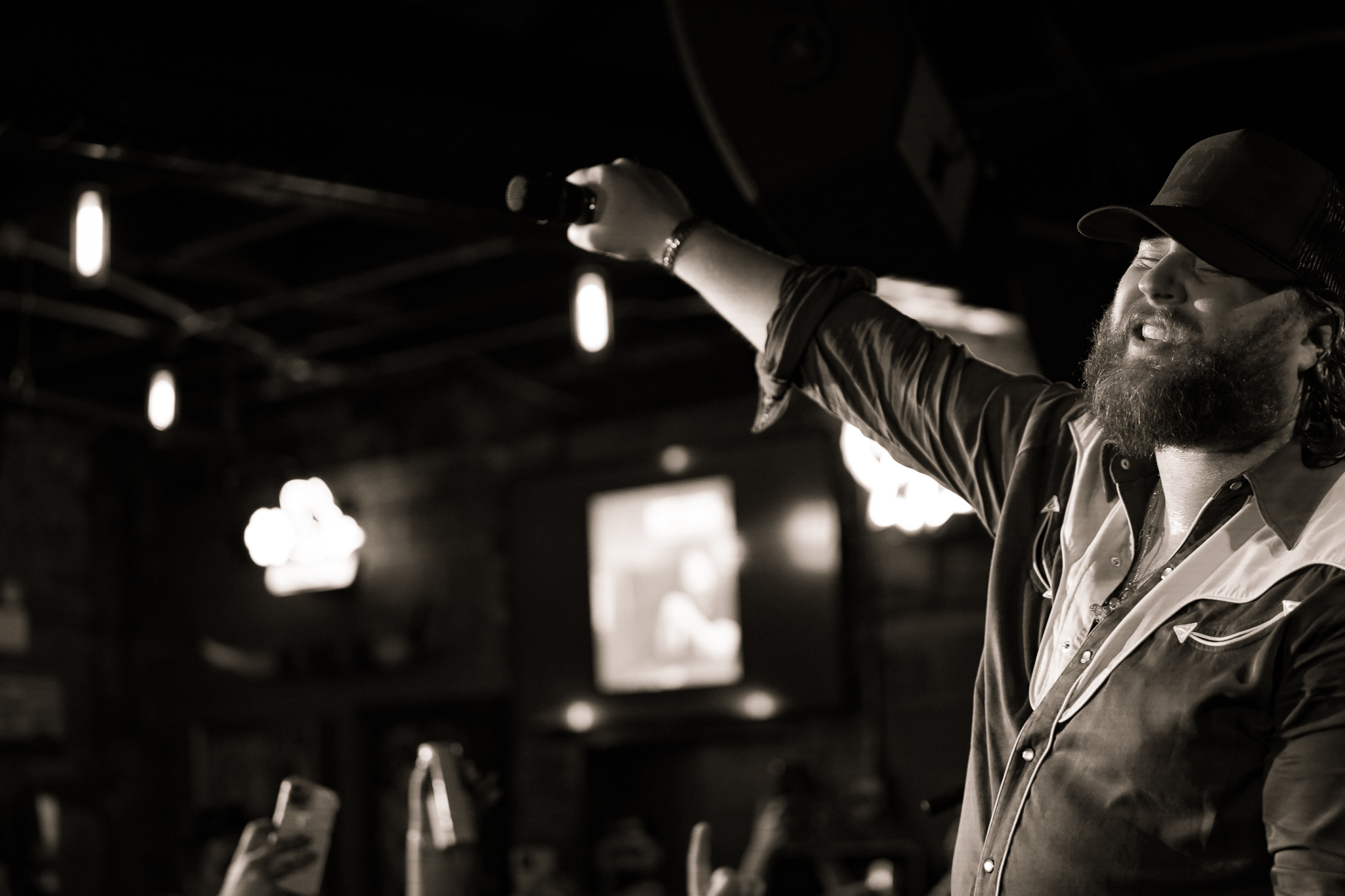 Smith sings to the Sold-Out crowd, you can see the hair stand up on concertgoers, that’s how much Nate is affecting the crowd with these deep lyrics that fans can relate to. You know the ones that can lift you on a bad day and put life into perspective. He slowed down the show a little for a song, not on the Set-List & one he dedicates to his mom. The mother’s day release of “Heart Of A Country Song” in 2021 was just what all the moms needed to shed a tear or two. Co-written with Emily Weisband the mother's anthem had Chicago fans with tears down the cheek & that’s why music is so important in life, & this song & Nate Smith is proof of that. “Back Seat” & “Oil Spot” rounded out the set list, but it was the next handful of songs where Nate turned up the heat and delivered a strong closing half of the set. 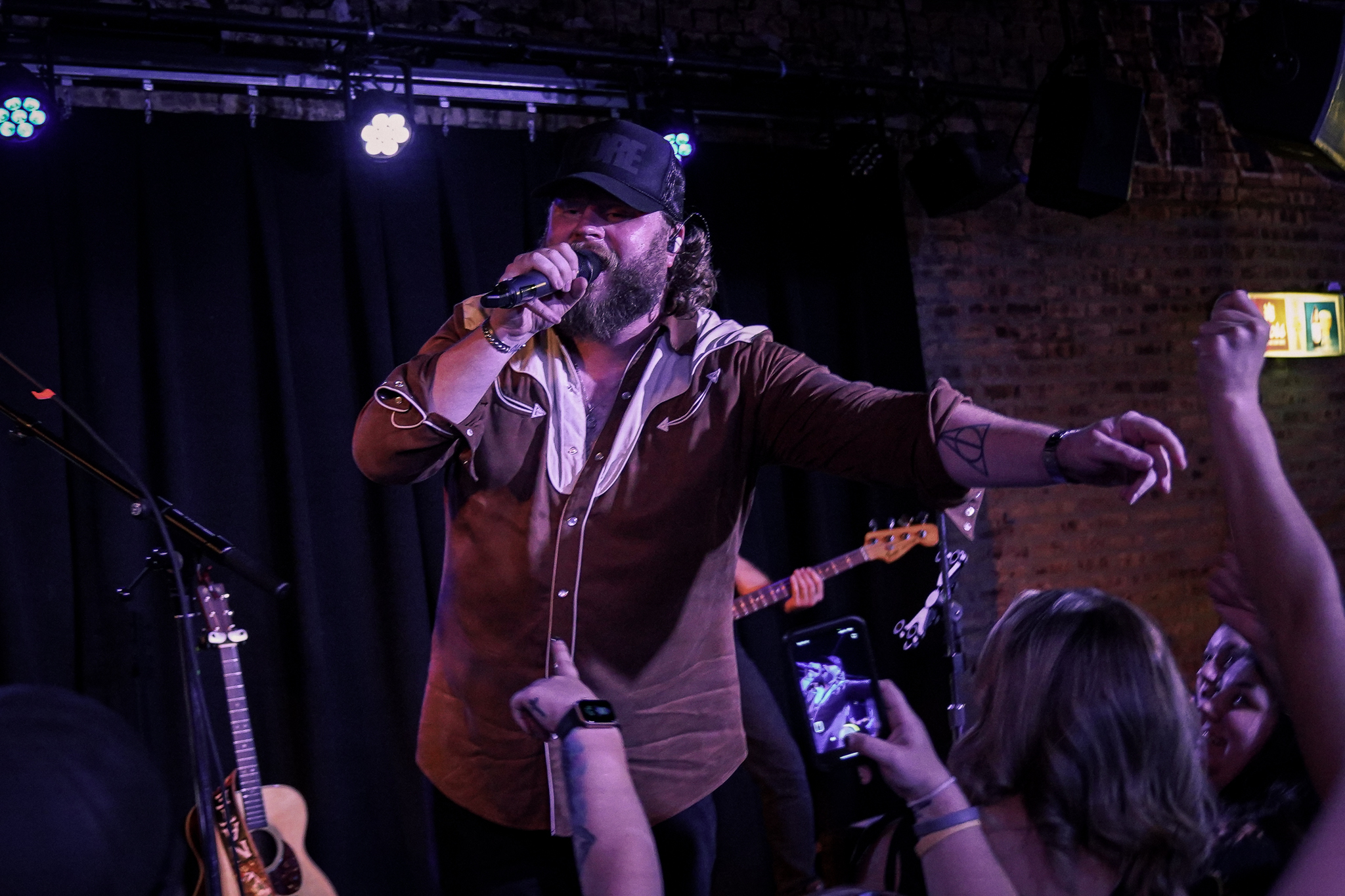 The song “I Don’t Wanna Go To Heaven” has been a staple in new relationships in 2022, becoming wedding songs, mixtape songs, or just a way to tell that special person in your life you love them. It puts all the words into the air that are sometimes hard to say. Nate Smith has even revisited this song twice. Once with a full Choir, & another with an angel’s voice named Tenille Townes. His final unreleased track “I Found You” captivated the crowd and continued with the previous song’s emotions. Smith then continued to blow the roof off Carol’s with his hits "Sleeve”, “Under My Skin” & then closing with his latest single & tour name “Whiskey On You” which has already been a viral Tik Tok smash, but once radio gets a hold of it, I feel like this will be Nate’s first top 10 single. 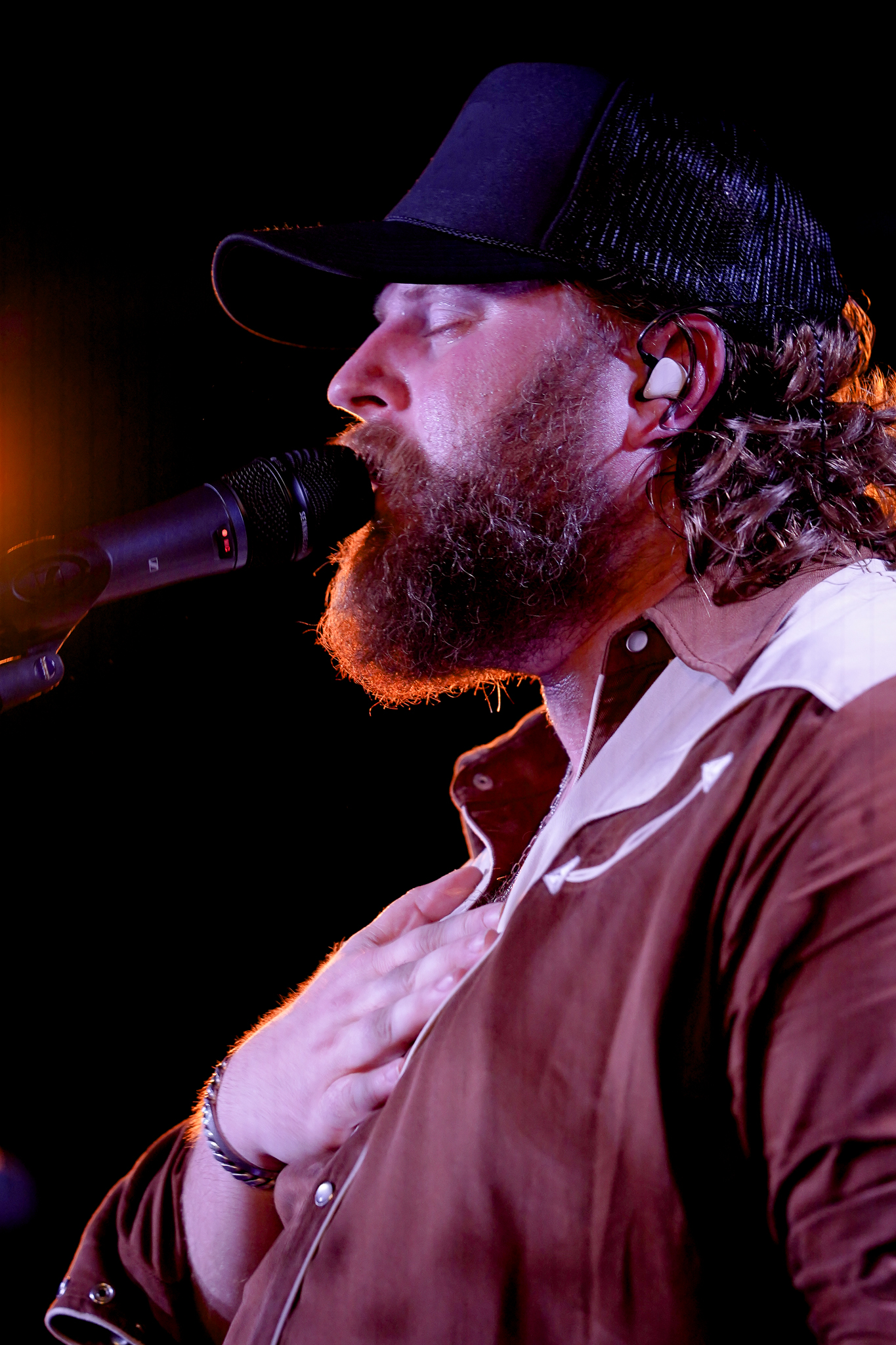 This is when for me it got interesting, in my 25 years of going to concerts you don’t see many artists walk off stage and head to the merch table. I saw one back do it, in 1999 Linkin Park sang their last song at House Of Blues Chicago, hopped off the stage, and headed to the merch table. Nate Smith finished his set & didn’t go to a green room to freshen up, he went straight to the merch table to greet the sold-out crowd. While he was in the middle of signing an autograph for a fan, he heard the remaining fans by the stage still chanting one more song. Nate left the merch table to go give fans what they wanted, one more song. Closing the night out with the song that started it all for him 2019’s “Wildfire”. The crowd filtered back to the stage and sang louder than they did all night, even blowing Nate Smith away with how loud they were. Nate swiftly headed back to the merch line to make sure he greeted every single fan, & all the new ones made in Chicago with one of the most impressive sets I have ever seen from a young artist. Make sure you check out the Whiskey On You Tour, I promise you won’t leave disappointed. 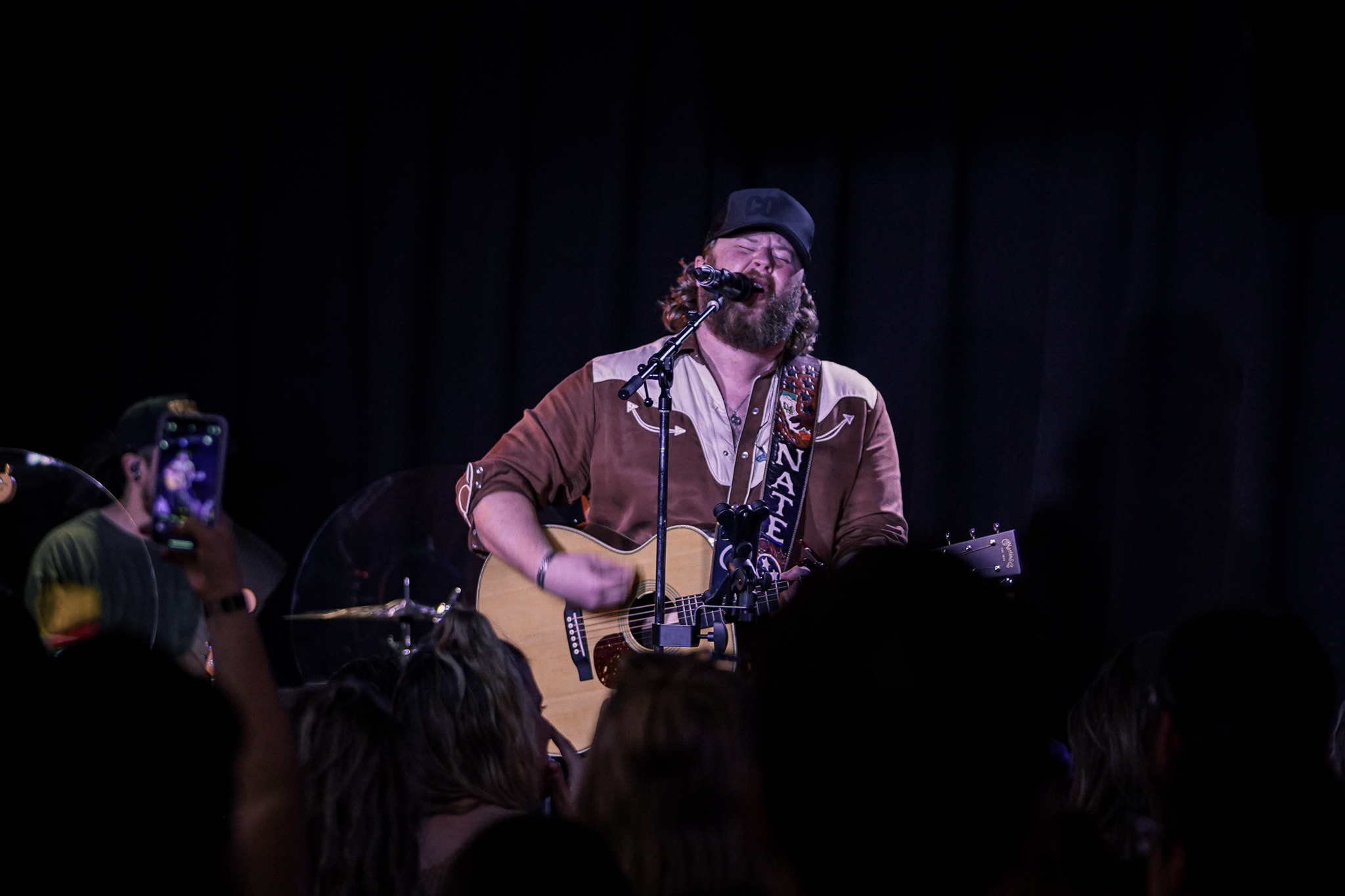 Click The Image Above For The Full Nate Smith Photo Gallery

You Aint Been In Love

Heart Of A Country Song

I Don’t Wanna Go To