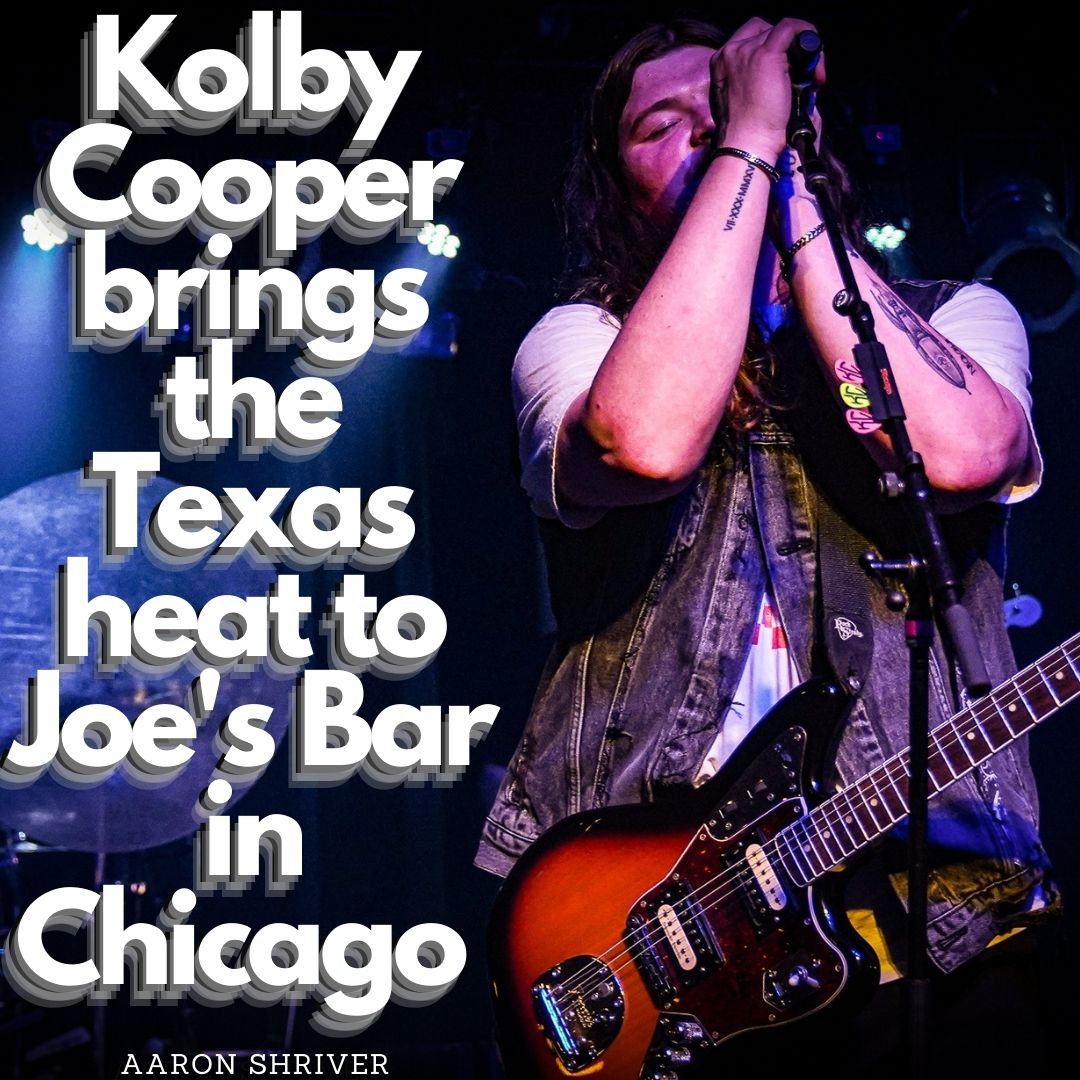 After just a short 7 months, Chicago got a warmup in the way of a Texas heat wave named Kolby Cooper, when he returned to Chicago & Joe’s Bar On Weed St last week. Bringing with him was fellow Texas band Joint Custody to kick off the night. These boys jammed, they were brought together for the love of East Texas Rock n Roll. In addition, these songwriters Corry, Sean, Austin, & Tyler has got to play some epic shows. Tonight, being one of them, they owned Joe’s stage like they were the headliners. Songs like “Wake Up Stoned”,” “Pillow Talk”, “Up In Smoke” and many others pounded the Joe’s Bar crowd with some chip-on-the-shoulder lyrics mixed with some stoner rock jams that fit perfectly with the Kolby Cooper crowd. 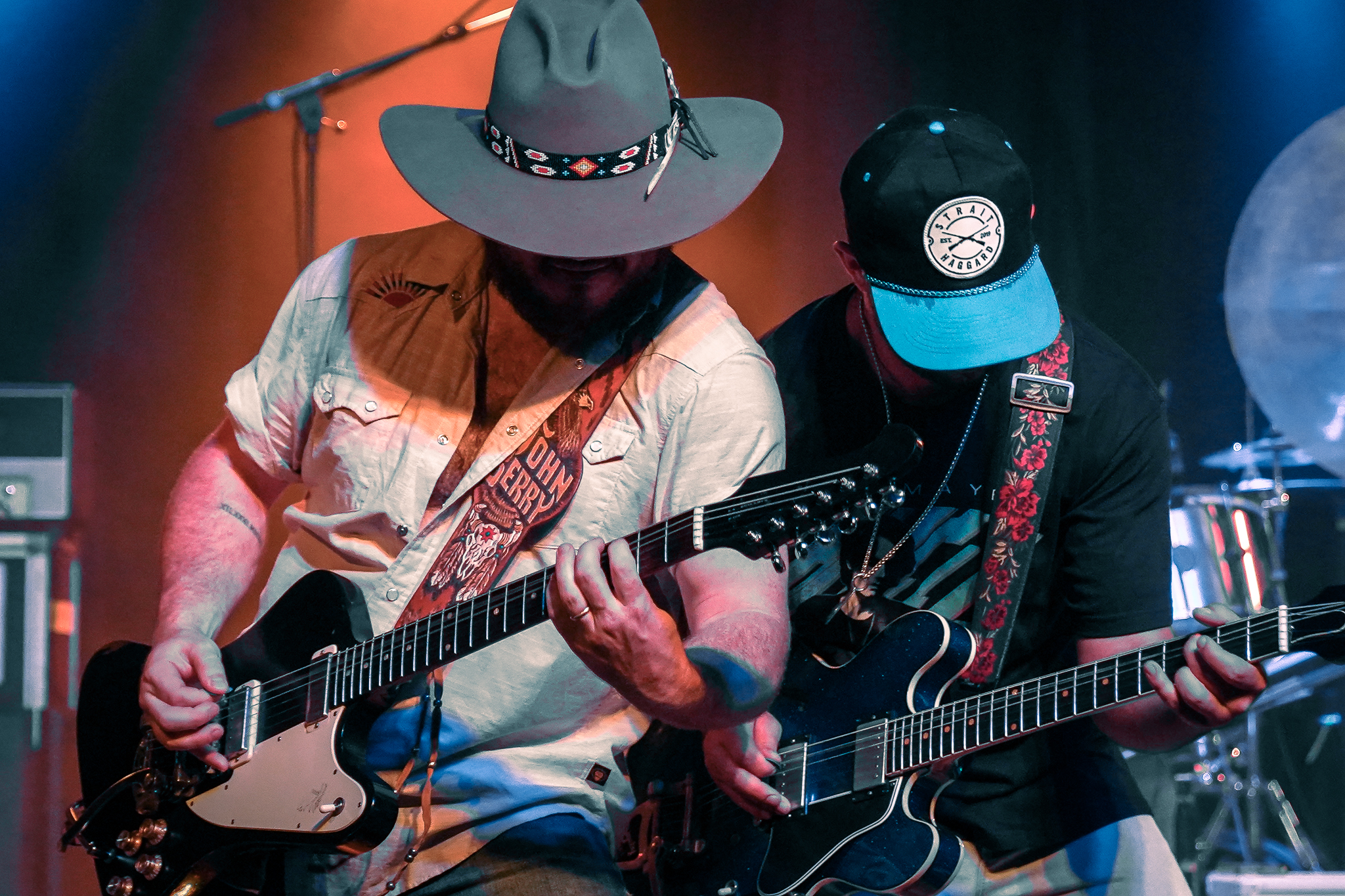 Once the smoke cleared, & the lights were dimmed, & the nearly sold-out Chicago crowd started to get loud. The amps started to hum, & the set was off and running with “Diamond Rings And Cocaine” the crowd not missing a beat as they sang along with the opening lines. "Every Single Kiss" followed inside the sweaty and warm Chicago dive bar. Before Kolby launched into a brand-new unreleased song, he told the crowd he only had two rules for the night.

“One if you know a song, we need you to sing it as loud as you fucking can & Two, don't be an asshole, we came here to get drunk and make friends” 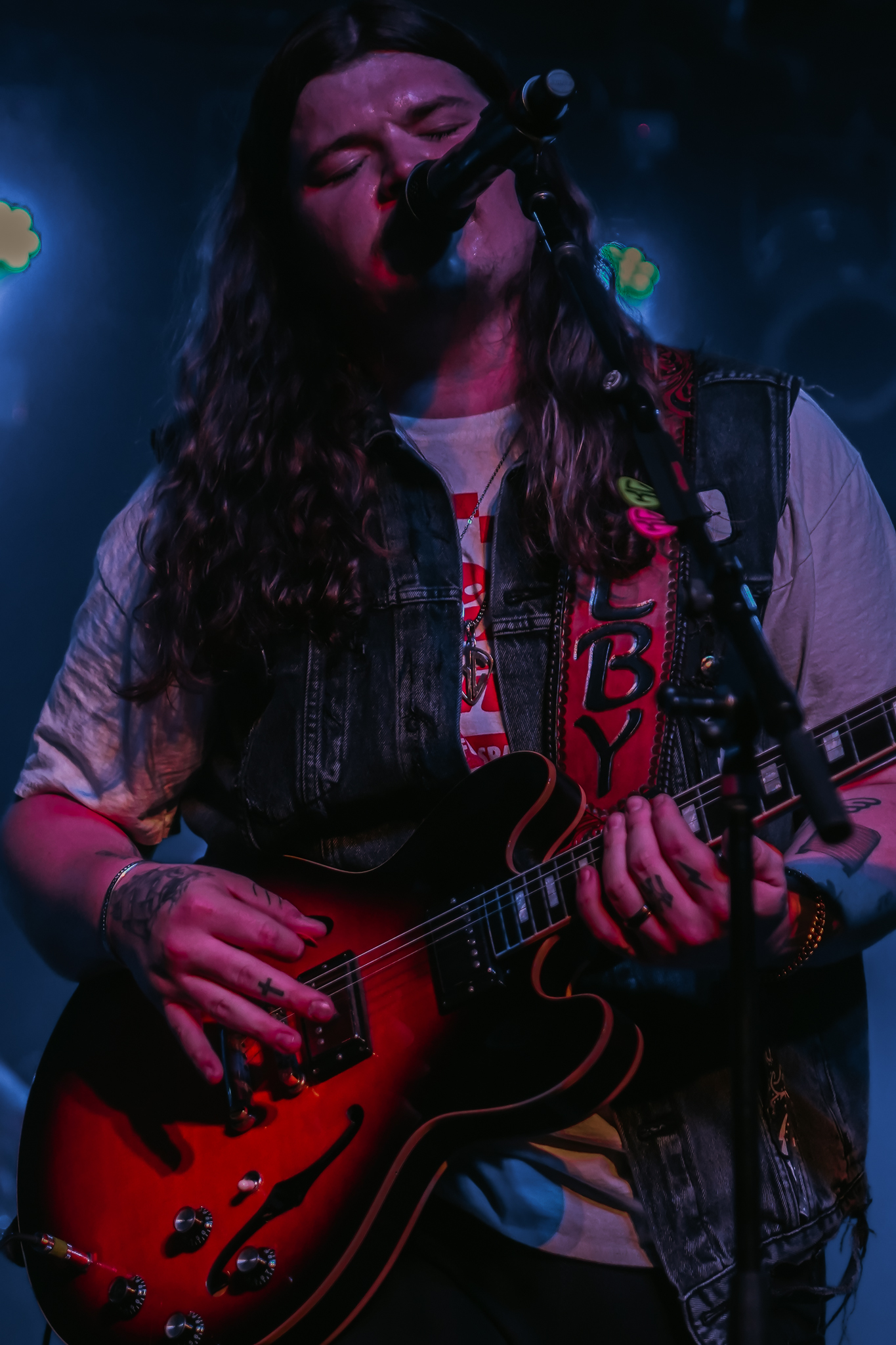 The Crowd roared in approval of the newly set rules. Kolby jumped into a brand-new song we think is called “Storm Coming”. This will be another classic Kolby Cooper hit, the flawless lyrics mixed with the guitar licks will make this one an instant success. “Tired” followed up before The Joe’s Bar faithful picked right up where they left off singing along to “Good For You” off the 2021 EP “Boy From Anderson County”. For someone so young, he sings about heartbreak so well, Kolby had to grow up a lot younger than most teenagers must. He lost his father while he was in high school & had to take over the man-of-the-house duties and mindset. As a result, some of his lyrics were written as early as 16 years old. “Leave Me My Heart” made its way into the set. This song first came out on the 2020 album “Good Ones Never Last”, this is a classic of an ugly break-up.

“Take my guitars, And my last glass, Of whiskey so I just can't drown your memory, Take all my shit, Leave me my heart” 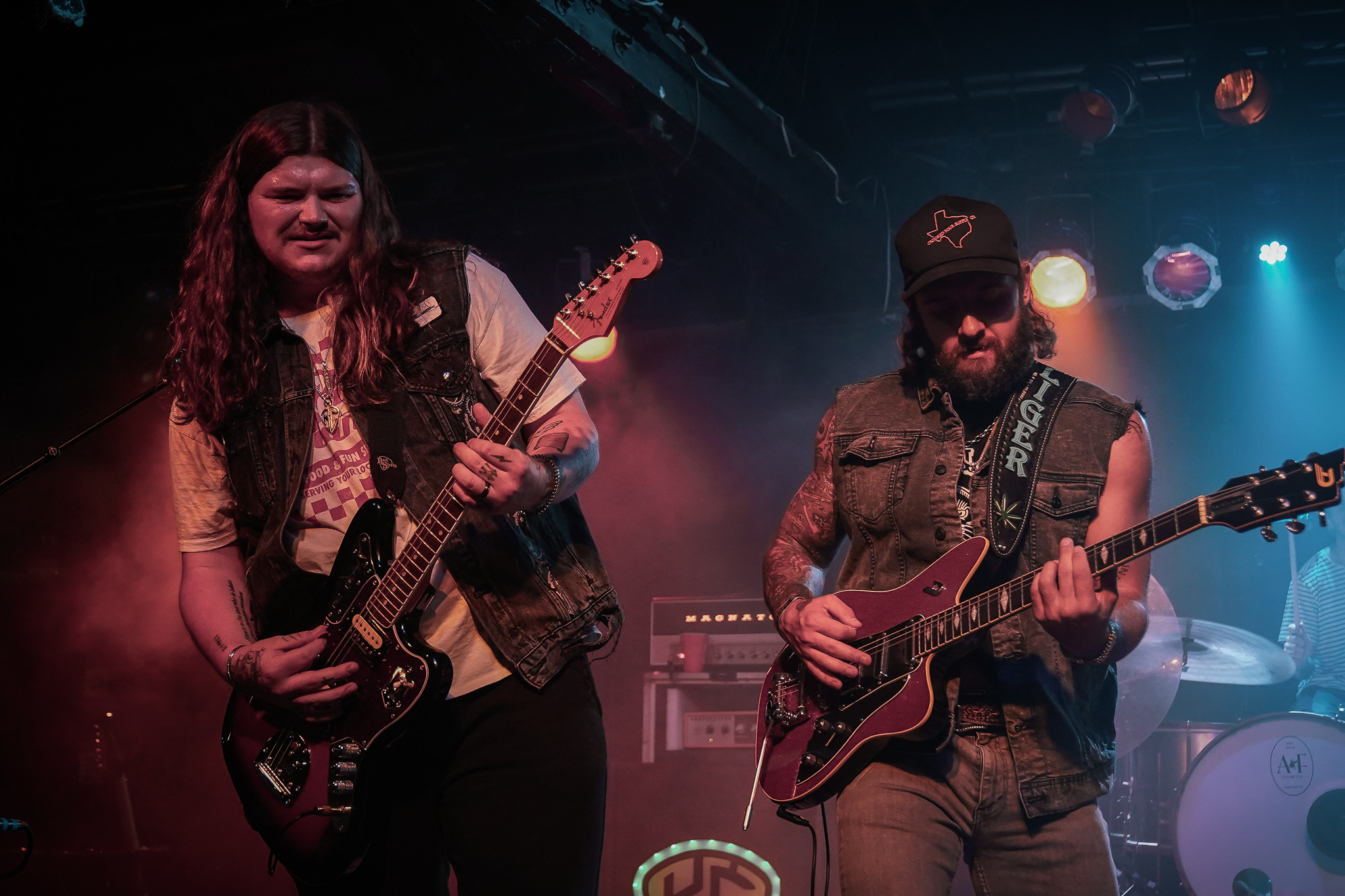 Once Kolby hit the halfway mark, he performed a medley of songs to showcase him & the band's musical influences. The covers included Should’ve Been A Cowboy, Semi-Charmed Life, & Hey Ya! Which I’m sure was just a few of “Her Favorite Songs” brought Joe’s bar crowd to a new level & at this point, the bar was packed wall to wall & Kolby had them rocking. Kolby slowed it down a touch for “If I Still Had It” which name drops one of Kolby's heroes Waylon & was co-written with Ray Fulcher & Jordan Walker. Another heartbreak song that talks about the hard times after a breakup. Another song off the 2020 Vol. '2' was next, & this was highly requested by the crowd. “One Night Stand” has a play on words that makes this one of the most memorable songs of its type. Kolby talked to the Chicago crowd about writing a few of these songs in high school. He first met his wife in the 3rd grade & finally in high school it all fell together, & that’s where “Fall” comes from. Kolby was even told that this song was no good & shouldn’t even be on the album. I say after 13,996,030 Spotify streams the song is a favorite among a lot of Kolby’s “Good Ones” fan club. 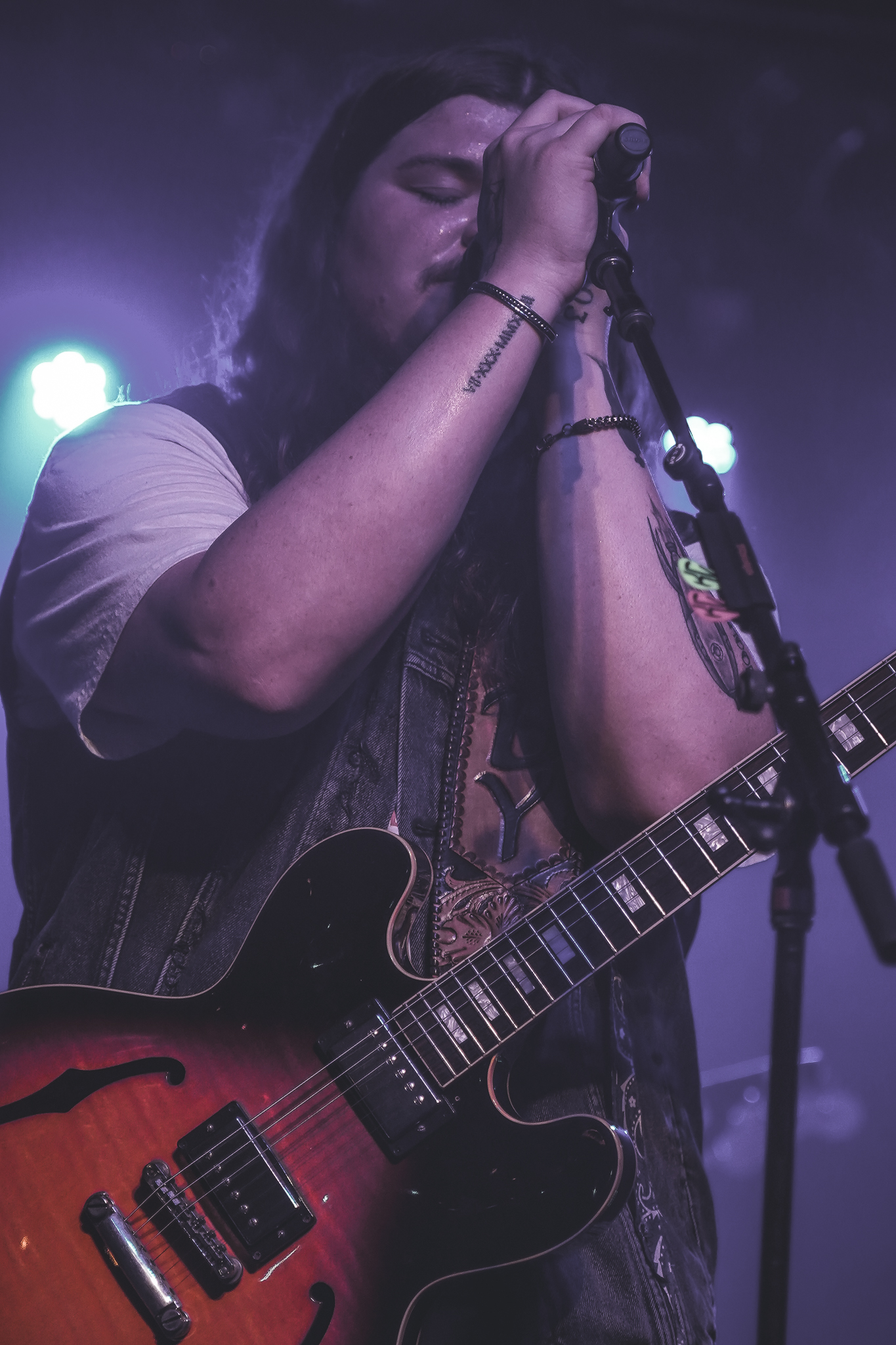 Kolby was in the home stretch now, & to start to bring it home he hit the crowd with a dose of “Breaking News” which is the latest & fastest-rising single to date. This song hit the Chicago crowd hard with its almost Rock n Roll feel & lyrics that are felt. After slowing it down once again, Kolby asked the crowd to remove their cell phones & light up the legendary Chicago bar. The story about his better half “Boy From Anderson County” grabbed the crowd to where you could hear a guitar pick striking the stage. The goosebumps and chills made the hair on everyone’s arm stand straight up & the Chicago crowd sang in unison with Kolby. There were some whose eyes watered, some who held their girl closer & I thought this is what music is all about. How it can bring strangers together in sync to sound like one. Kolby picked it back up quickly with ‘It Ain’t Me” & “Excuses” which I think might have put a permanent crack in the roof of Joe’s bar & if “Excuses” didn’t then the set closer “2 Words” did. Earlier in the night, a fan hollered out “2 Words” & Kolby said

“It’s coming, I’m going to blow it all out at the end” 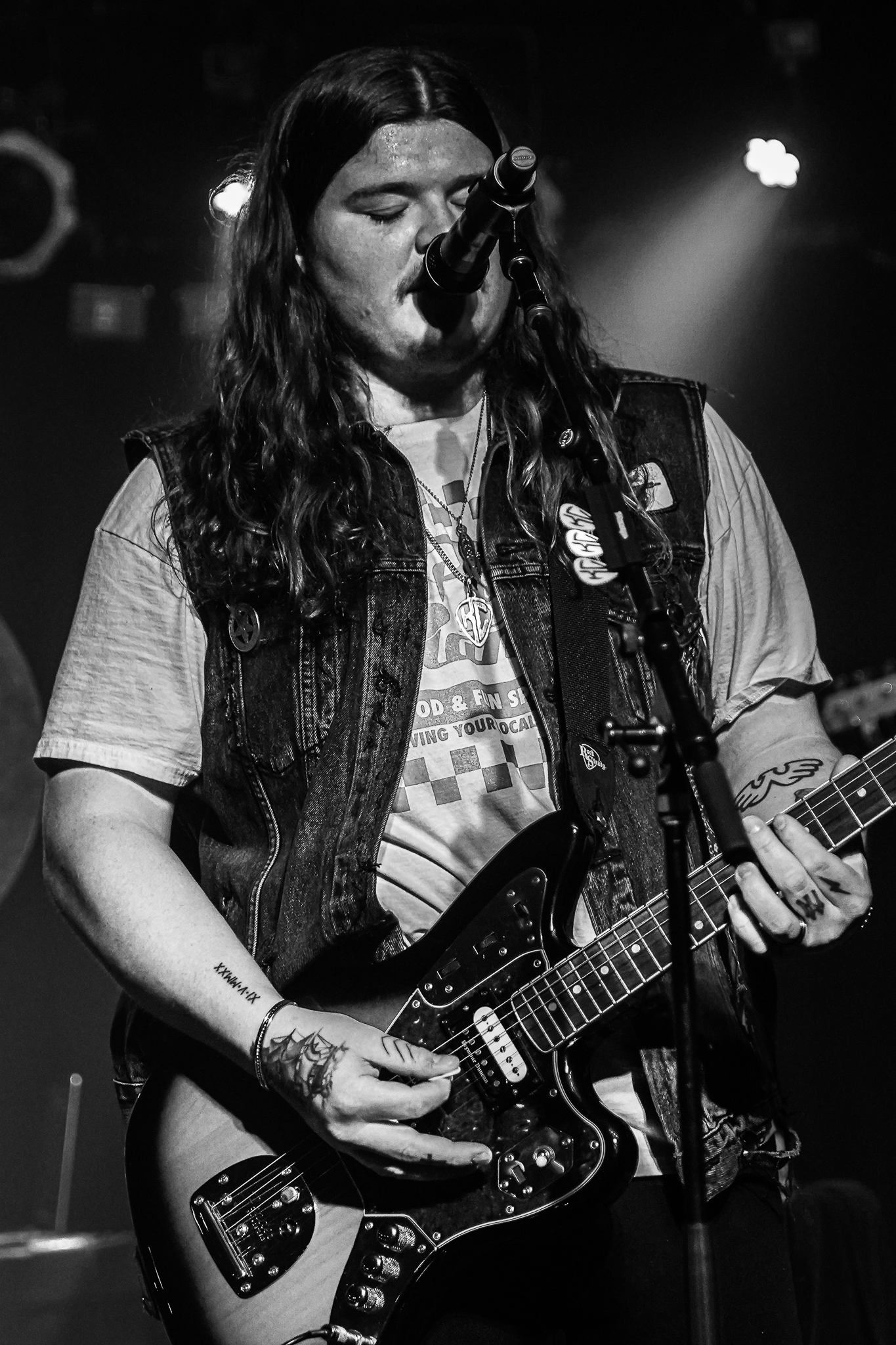 And that he did. The Chicago crowd was screaming the lyrics as loud as they could right back with middle fingers in the air during the song’s chorus. Kolby blew Chicago wide open & delivered one of the most impressive Joe's Bar On Weed St. shows I have seen inside the legendary venue. The band didn’t miss a beat & Kolby was on top of his game for this performance. Hurry and catch this guy at a smaller show soon. It won’t be long before he is called up to the big leagues. 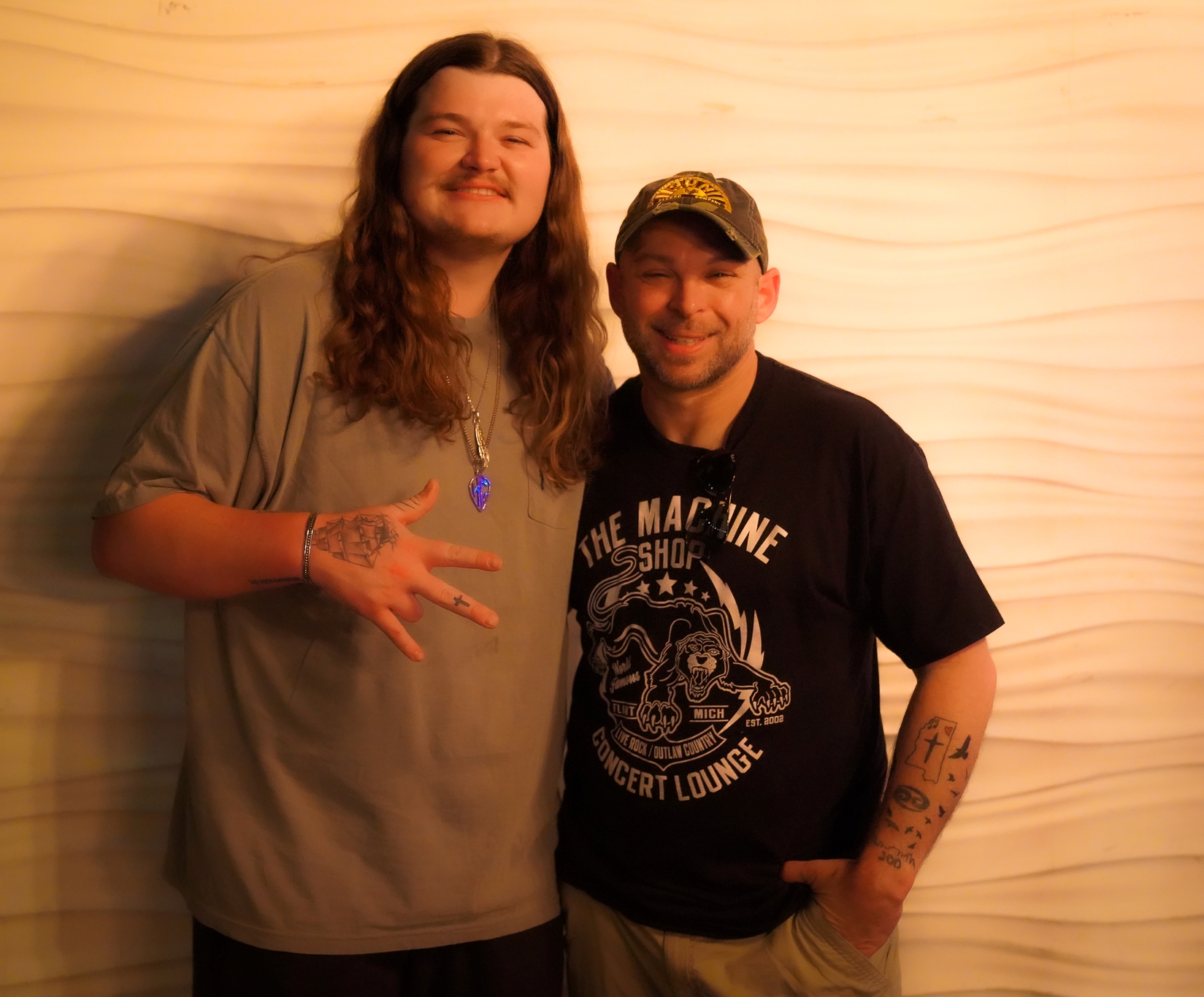 Click The Image Above For Our Interview W/ Kolby Cooper 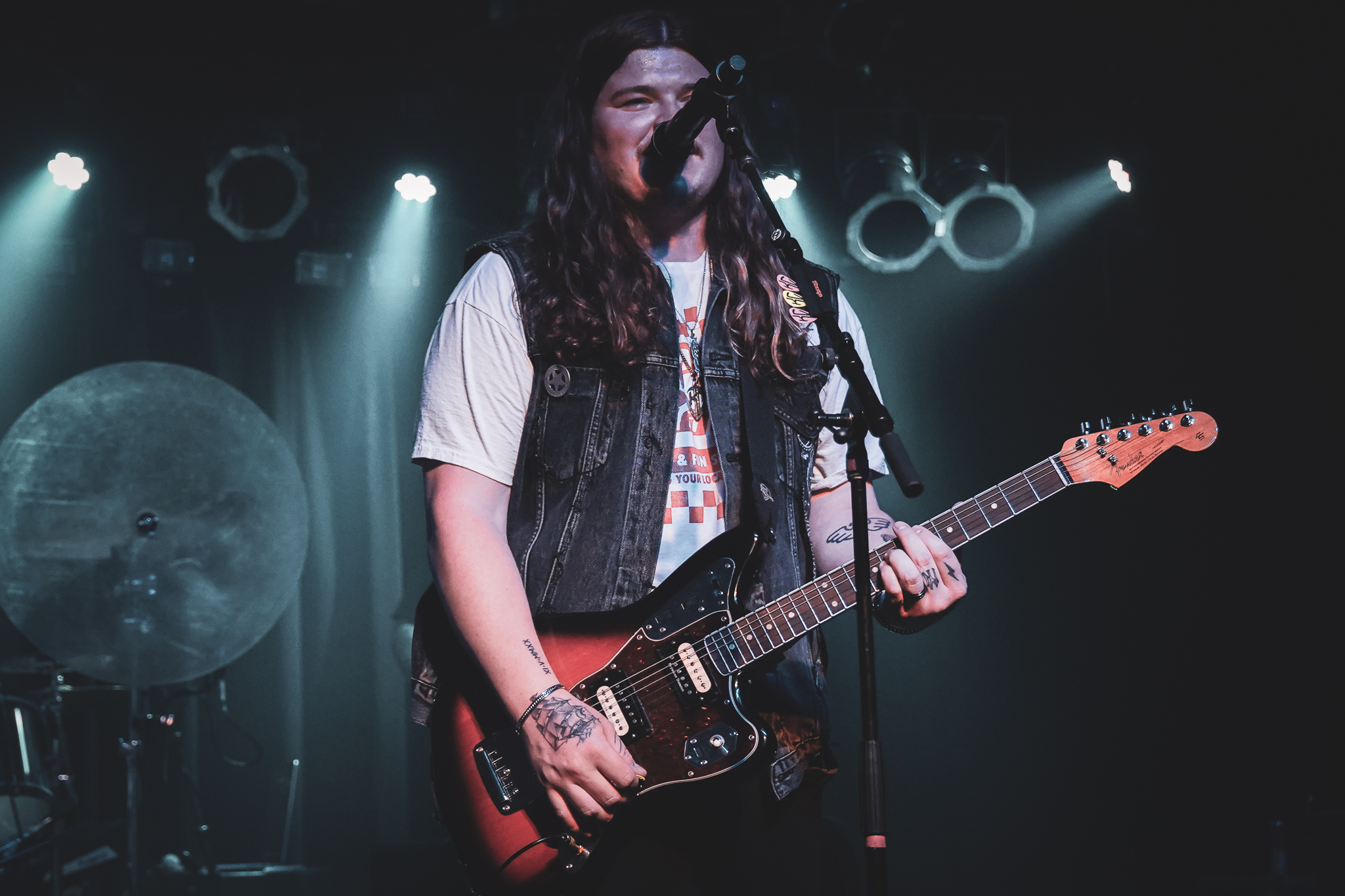 Click The Image Above For The Full Photo Gallery

Leave Me My Heart

Medley (Should’ve Been A Cowboy, Semi-Charmed Life, Hey Ya!)

If I Still Had It

Check Out WWW.KOLBYCOOPER.COM For More Information