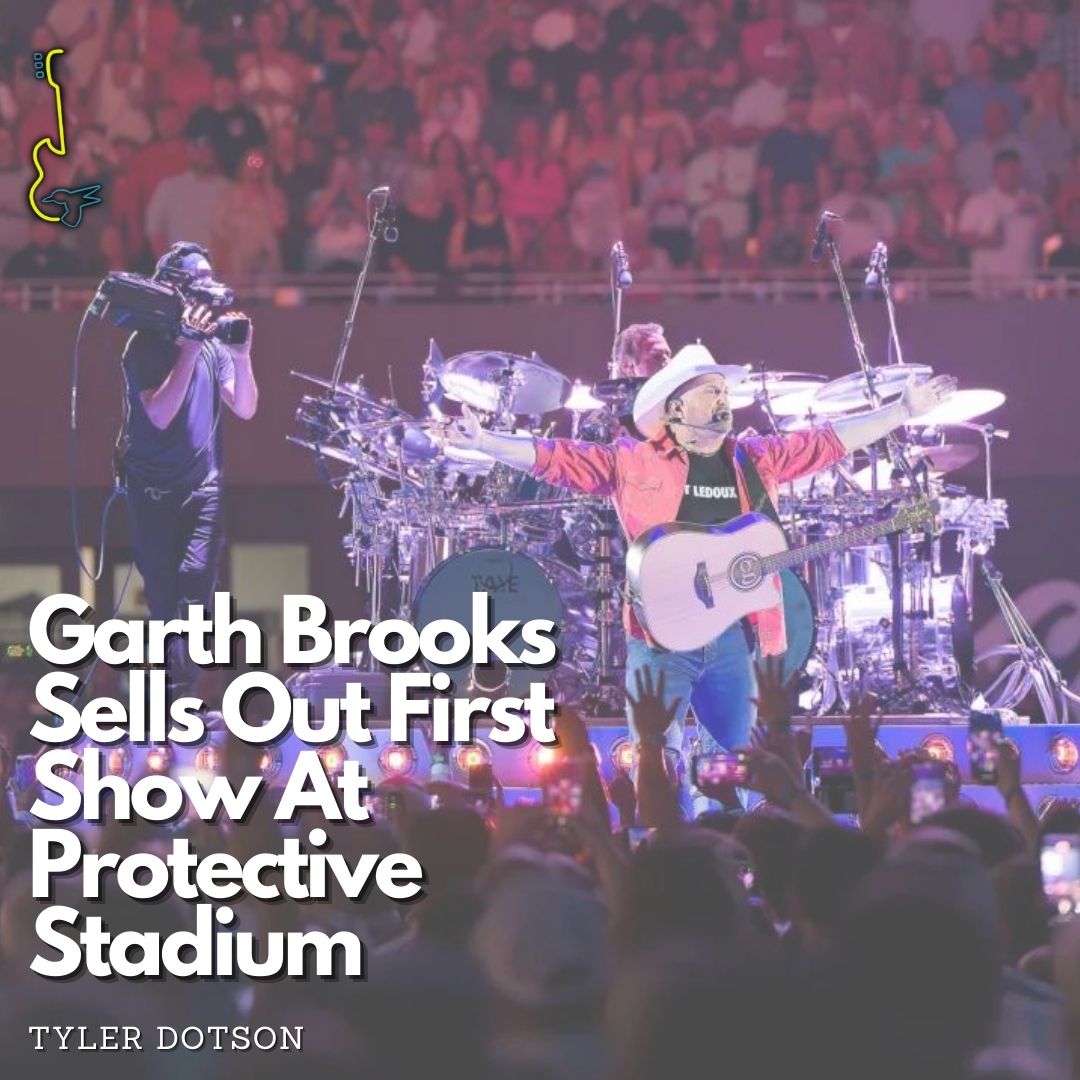 Garth Brooks is a seven-time CMA entertainer of the year, received 9 #1’s on Billboard and numerous other hit songs along with his nearly 40-year career, Garth Brooks brought his famous in the round stage to Birmingham, Alabama to perform in Protective Stadium's first-ever concert. One was being recorded to be used for a later live album.

“We brought the mobile truck down here, we recorded probably five times the whole three years on the tour, but this one we were not going to pass up because of the opportunity of how good the recording will sound because of how the stadium is configured and the fact that there is no roof on it,” Brooks said. 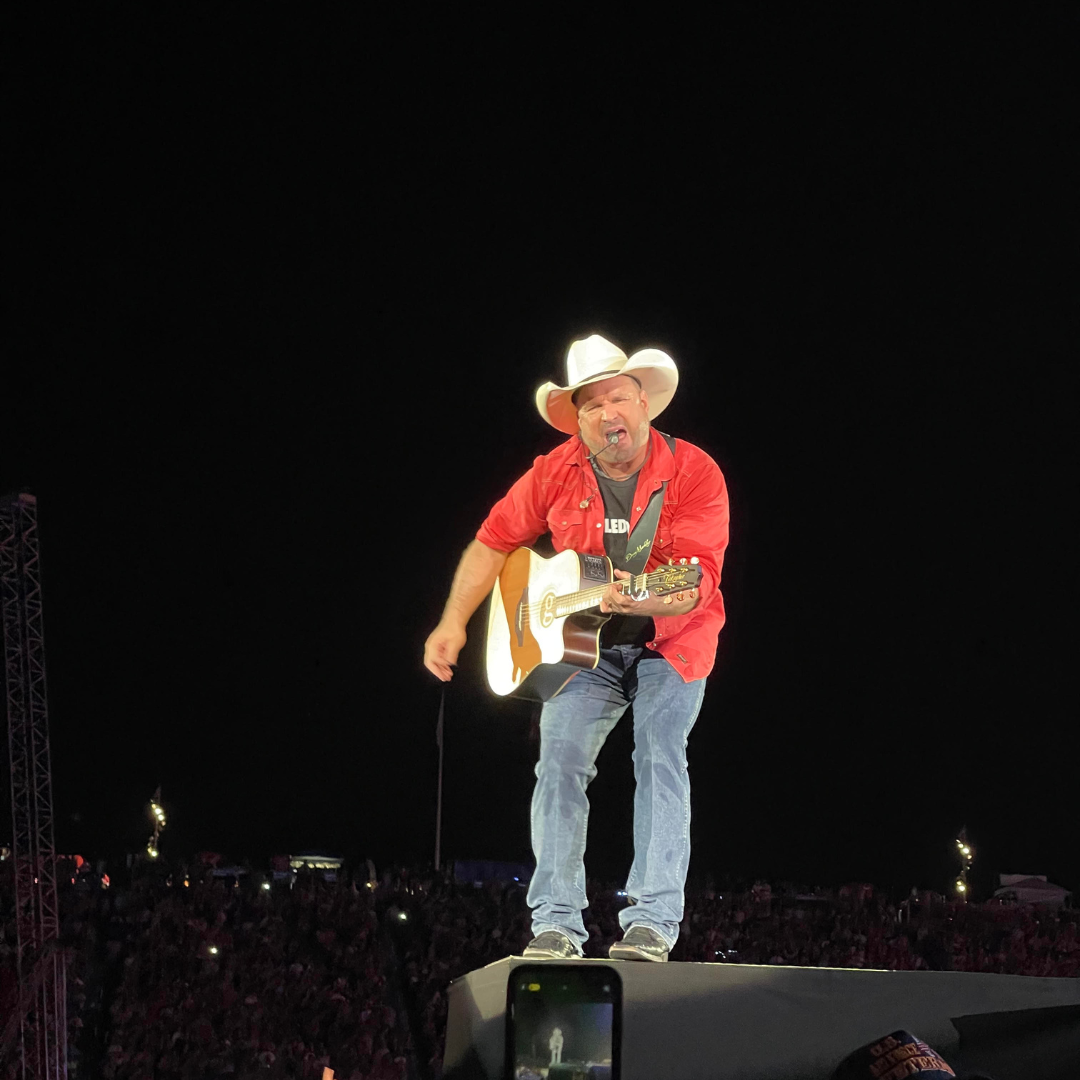 More than 45,000 fans came in attendance for the country music superstar, opening act for the show was Mitch Rossell a singer-songwriter & East Tennessee native who had a hand in co-writing one of Garth’s hits “Ask Me How I Know”, “All Day Long”, & “Dive Bar”. Mitch was an absolute great opener only using his voice and an acoustic guitar. He may not have gotten to play 10 songs but in the little amount of time he was on stage he warmed up the Birmingham crowd with his own songs. Mitch is also a past guest on Gainin' Fast On Memphis: The Podcast. 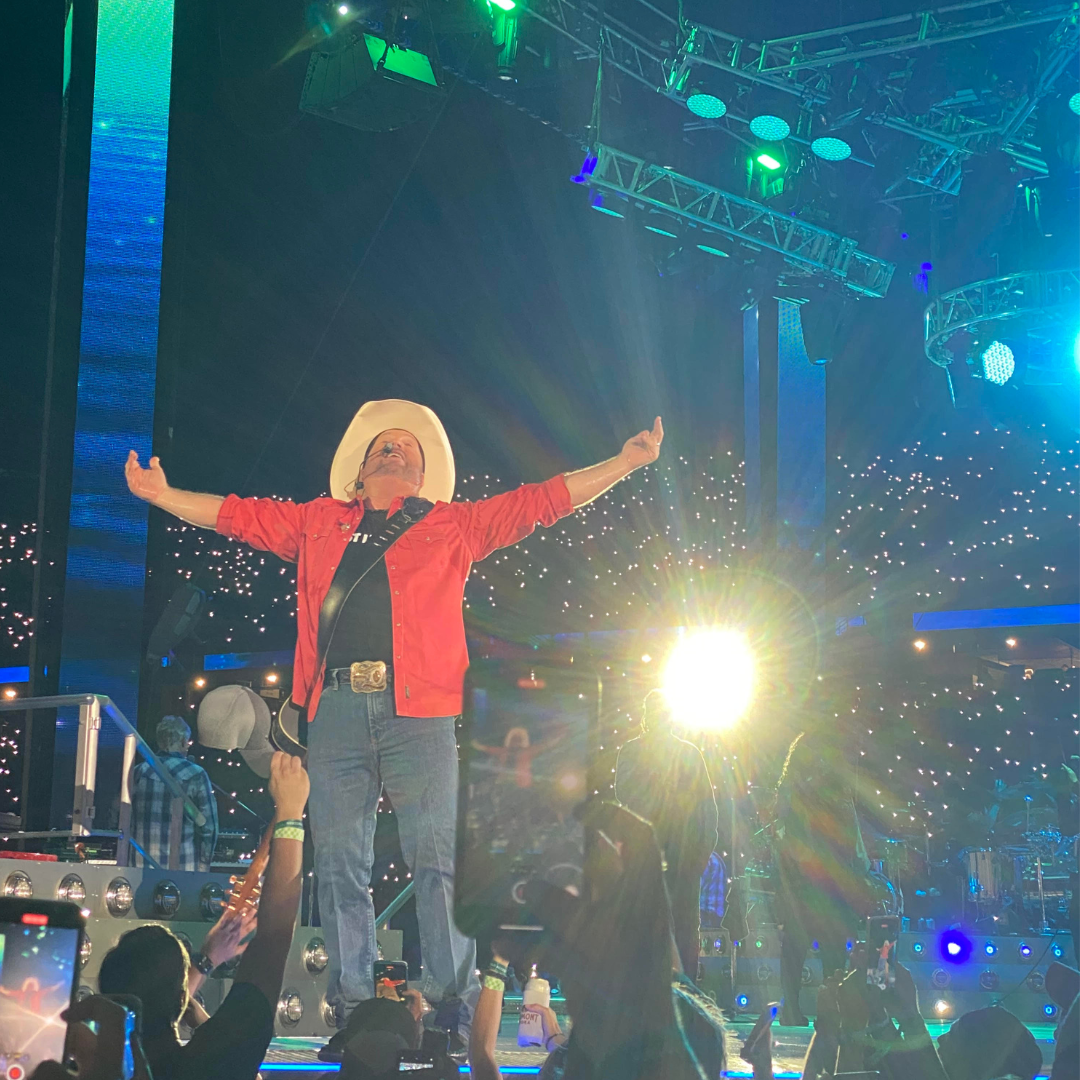 Garth came out in full energy starting the night off with one of his newer songs “All Day Long”, before getting into the 90’s hits that have made Garth one of the most recognizable voices in country music. Hits such as: “The Dance”, “Two Pina Coladas”, “Callin’ Baton Rouge”, and giving fans the extra versions of “The Thunder Rolls” & “Friends In Low Places”. Birmingham has been a favorite stop for Garth, who has a history of performances that stretch back to 1992 but hasn’t been back since playing multiple dates at the BJCC in 2015. The stadium was the largest crowd Brooks has ever played for in Birmingham.  Brooks who is 60 never even showed his age, running around the stage completely drenched in sweat but never missing a beat, and performed right at 40 songs. If you go to a Garth show and have a floor seat or lower bowl make sure to bring a sign with a song request, he chose several different ones to play this night which was a cool thing to see, even replayed “The Dance” because of one young fan that was in the audience was requesting it and Garth sang it right to here. 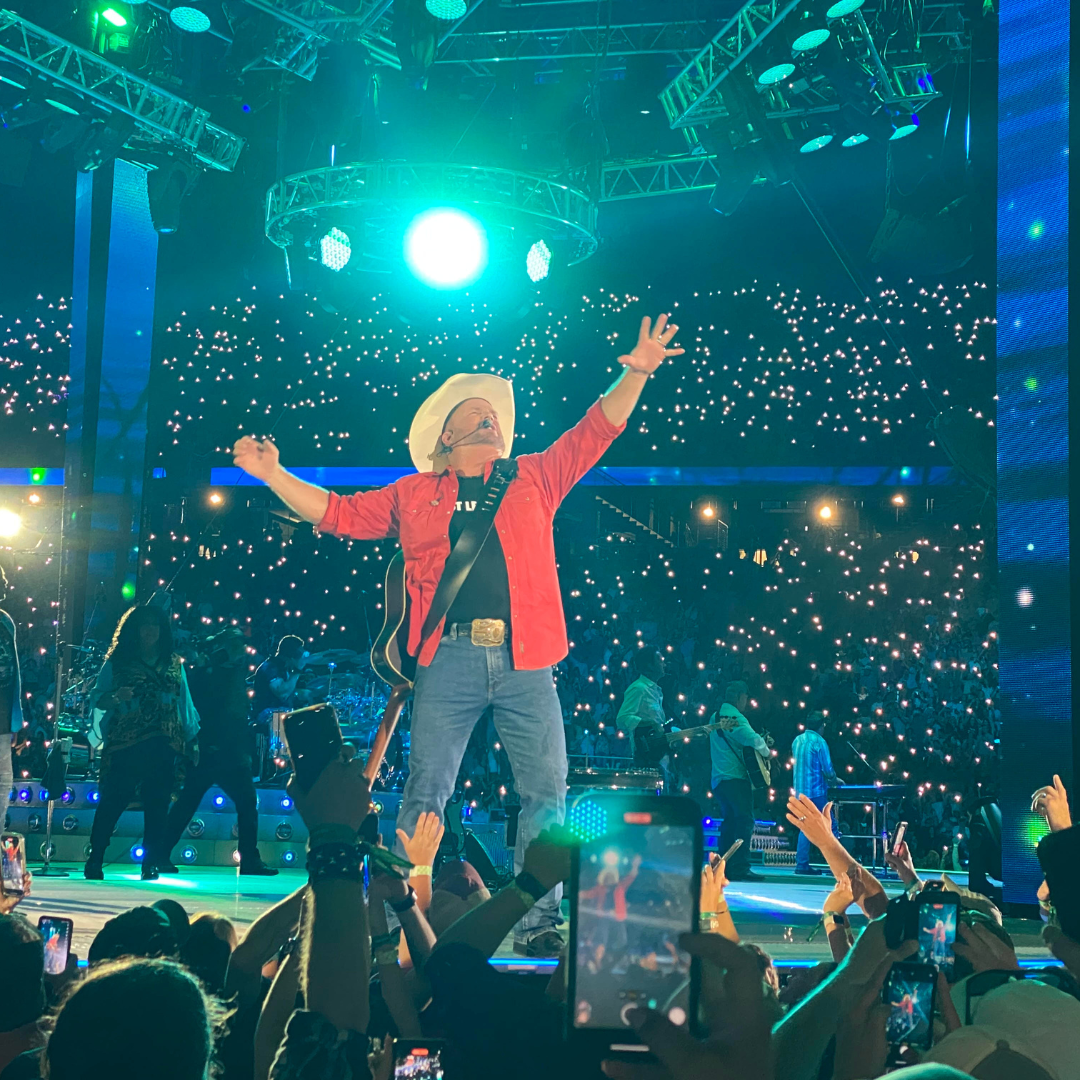 Before ending the show Garth brought out who of course shouldn’t have been any surprise was his wife Trisha Yearwood to help him close out the show. Playing their latest duet “Shallow” before playing a couple of Trisha’s hits “She’s In Love With The Boy” & “Walkaway Joe”. 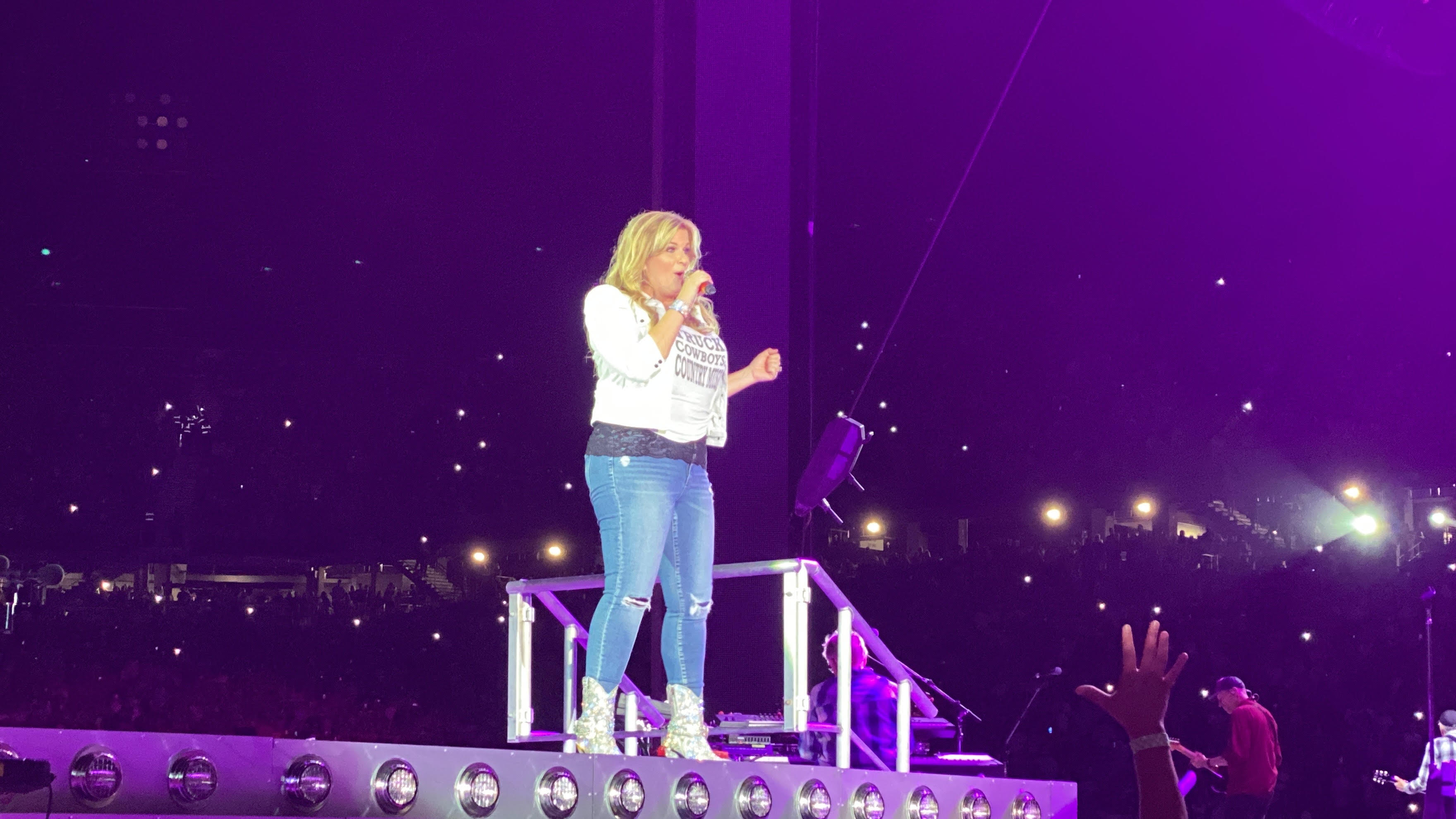 Garth had a few things to say about being the stadium's first-ever performer.

"It’s good because you are always guaranteed the record when you’re the first guy. It’s nice. So, it’s fun. I thought the ticket on-sale day was very sweet, so we’re excited. But… you’re not competing with the past and present; you’re competing with the future. So we hope on the second concert that comes through here, somebody argues that “the first night was better than theirs” kind of thing. So that’s what you come out here and do".

You want to put your best foot forward for country music, and I will tell you this: The best crowd you will ever have here will be here tomorrow night. I’ll put ‘em up against anybody; they’re the sweetest people. Our goal is to have them leave the stadium loving each other more than when they came in. But you watch. These people are mannerly; they’re very, very sweet." 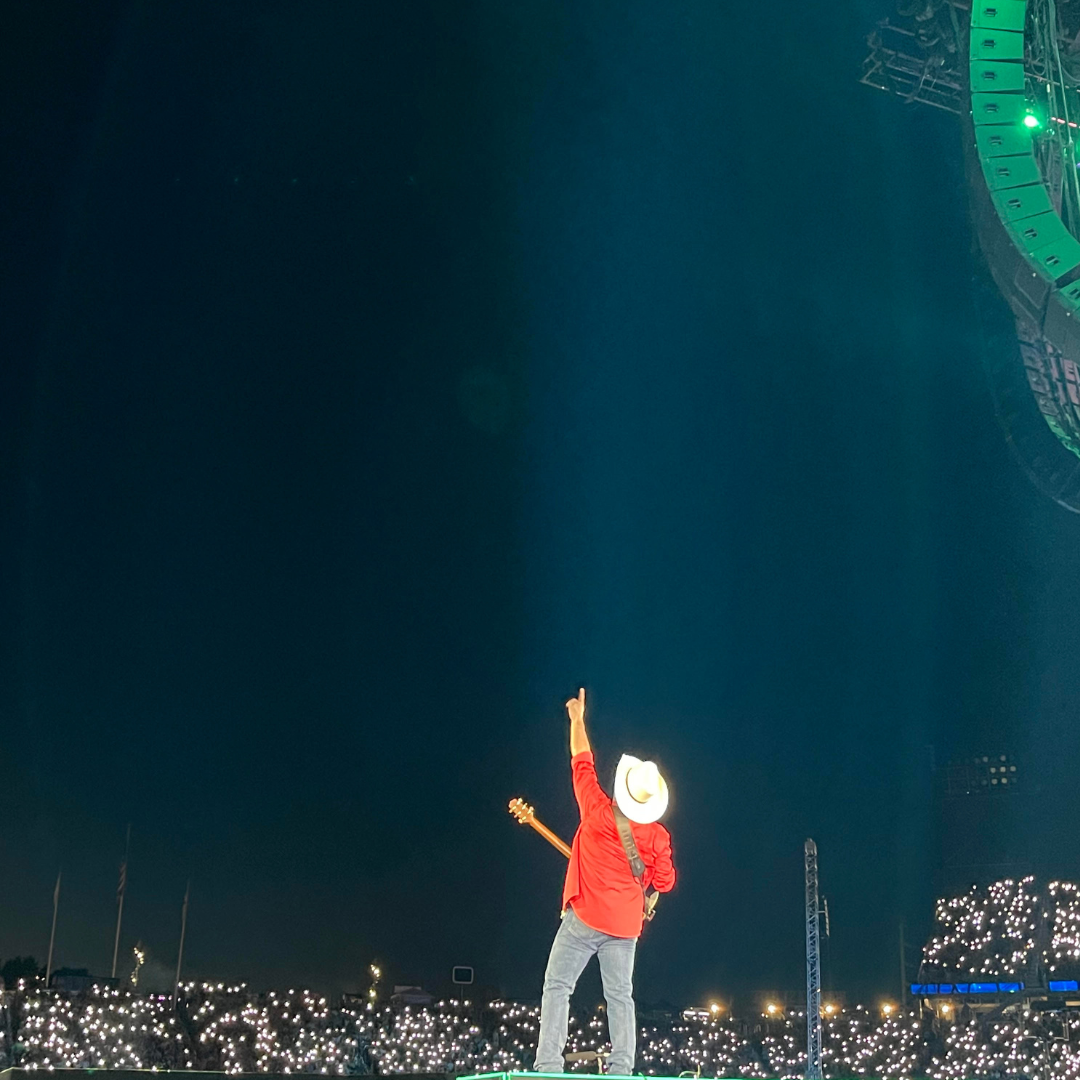 Garth made Iron City feel loved with this concert and hopes that this show has opened the door for many more artists to see Protective Stadium as a potential tour stop, in my honest opinion too this was one of the better stadium shows I have been to. The press box helped block out the setting sun but the biggest thing was the acoustics were superb there was no drowning echo & the music came out crystal clear. This first show for this venue will be a hard one to beat but I can think of a few names who could probably stand toe to toe with this feat and record that Garth set on this night. 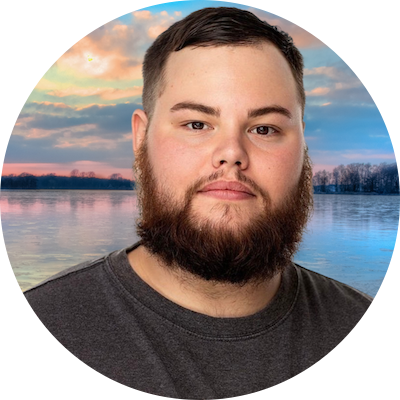