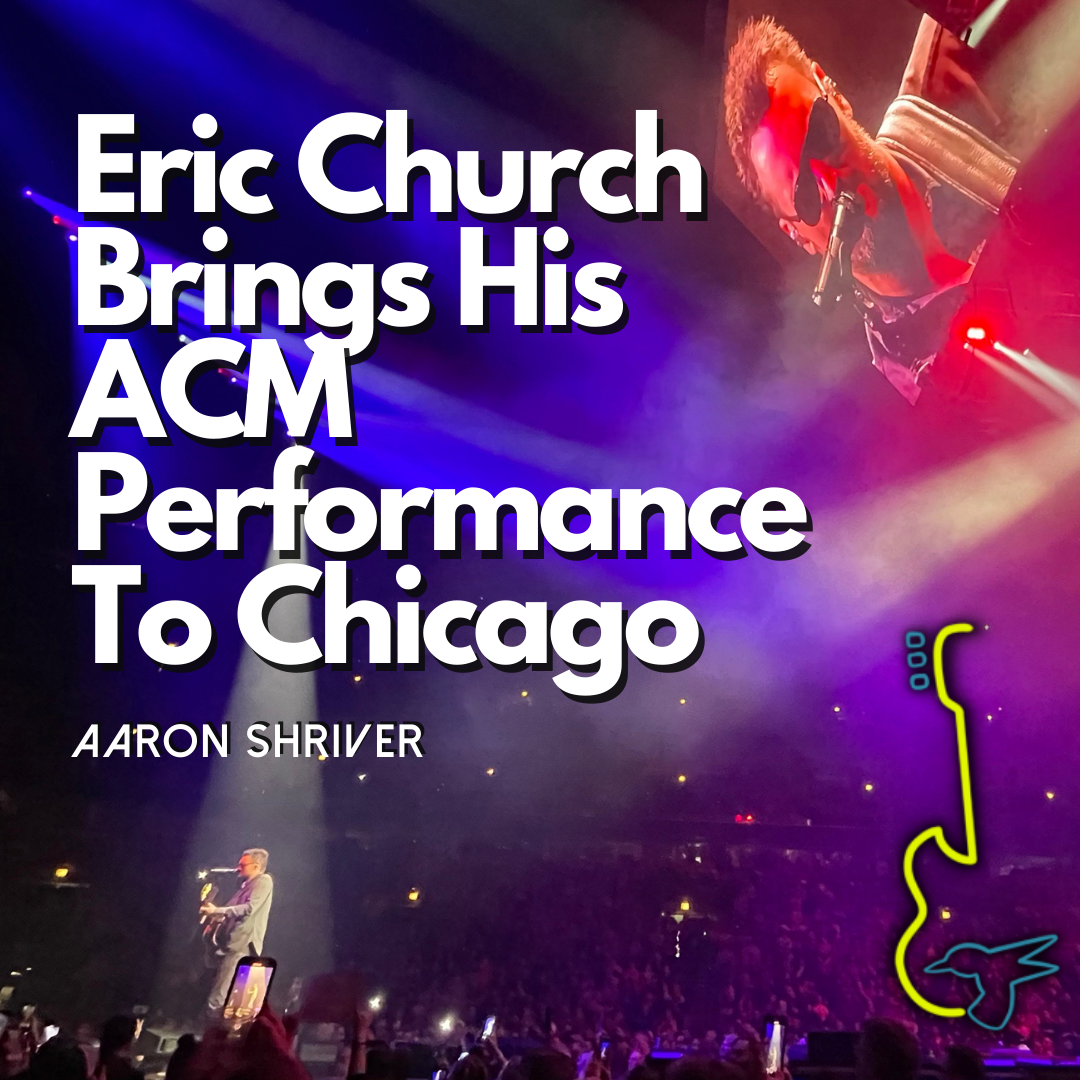 Just a few nights after Eric Church stunned the ACMs with a medley that spanned his 16-year career, he rolled into Chicago ready to showcase that career again. Church has come a long way since the album “Sinners Like Me” debuted in 2006, & Chicago has been no stranger to Church’s success over the years. Joe’s Bar on Weed St. was the epicenter for the foundation built by Church and his Die-Hard fans the Church Choir. Many memorable nights happened inside that legendary Chicago venue, which paved the path for Eric Church to draw nearly 24,000 to the United Center on a very Chilly Chicago evening. 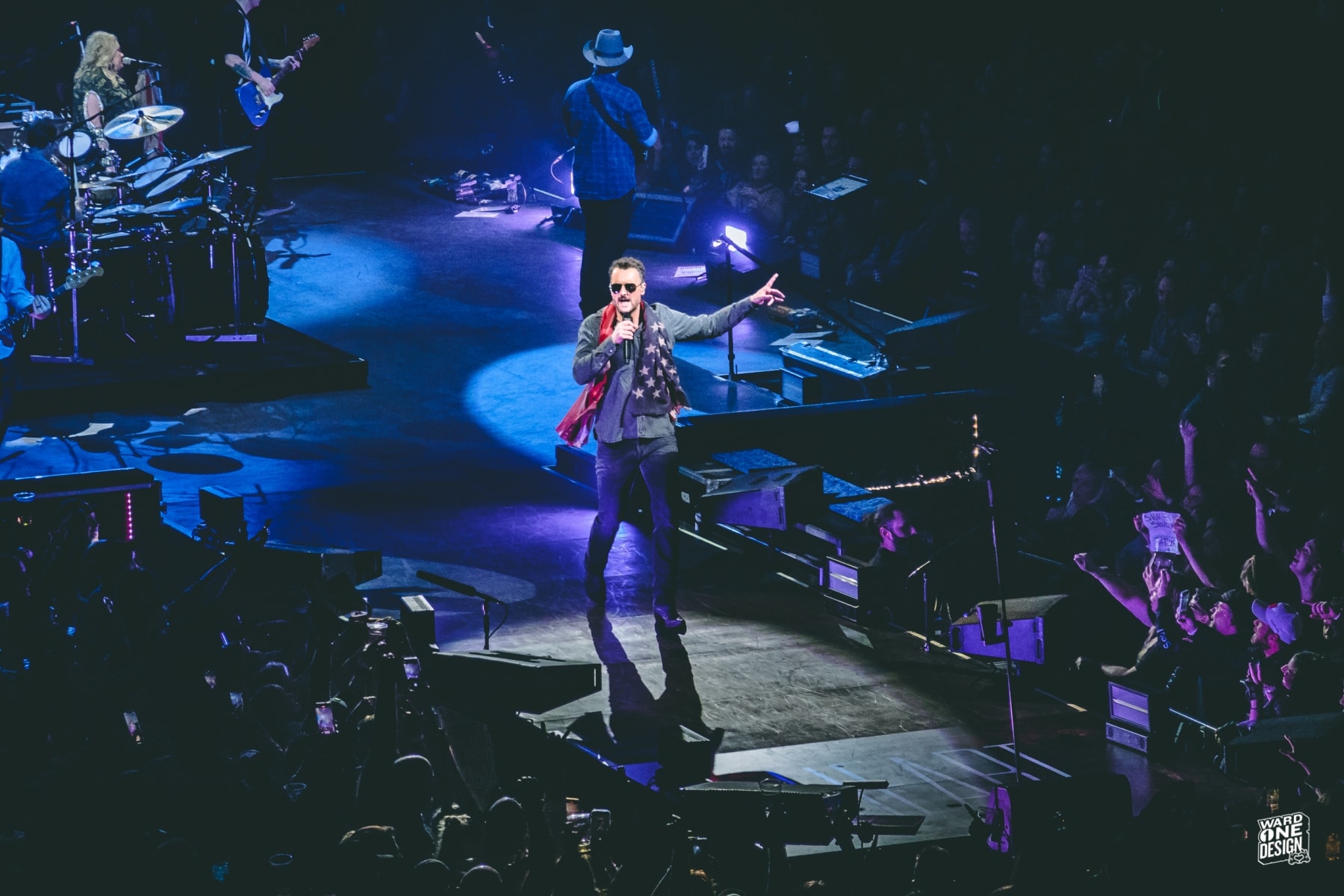 Shortly after 9:00 PM, the lights went down, but if you’re from Chicago & have ever been to the United Center for a Bulls game, or were a 90’s era basketball fan, what happened next would’ve told you, your in for a good show. After the lights faded out a familiar Chicago anthem started to play, “SIRIUS” by the Alan Parsons Project echoed the Sold-Out Chicago arena. Just then the announcer comes on “And now from North Carolina The Chief” it was a flashback for me of all the Bulls games I attend or watched of our 6’6 guard from North Carolina Michael Jordan. As the band and Church made their way through the crowd, the In The Round set up set the stage for a night Chicago won’t soon forget. Once everyone was set, the banjo was fired up & Church’s first radio single “How Bout You” opened what was going to be a unique show for the legions of Church Choir members in attendance. The next few songs that followed quickly set the pace for the night. Church tore into a classic “Two Pink Lines” which showcased newly added Eric Church Band member Billy Justineau’s harmonica skills with the opening of the song. This was a throwback to shades of Church’s original guitar player Ed Smoak, & a part of the Live Show that has been missing for over 10 years. Once Church fired up his 3rd song of the evening “Guys Like Me” I started to see the trend. Was Church going to give us a taste of his ACM performance right here in Chicago & play his singles in order? The answer was yes, Eric Church kicked off with singles from the Sinners Like Me album followed by songs from Carolina, Chief, Outsiders, Mr. Misunderstood, Desperate Man & his new triple album Heart & Soul. Church always makes sure when he is in Chicago he gives a shout-out to Joe’s on Weed, even mentioning he has played there “Seven Times”. I even remember Church playing multiple nights a year at Joe’s On Weed St. 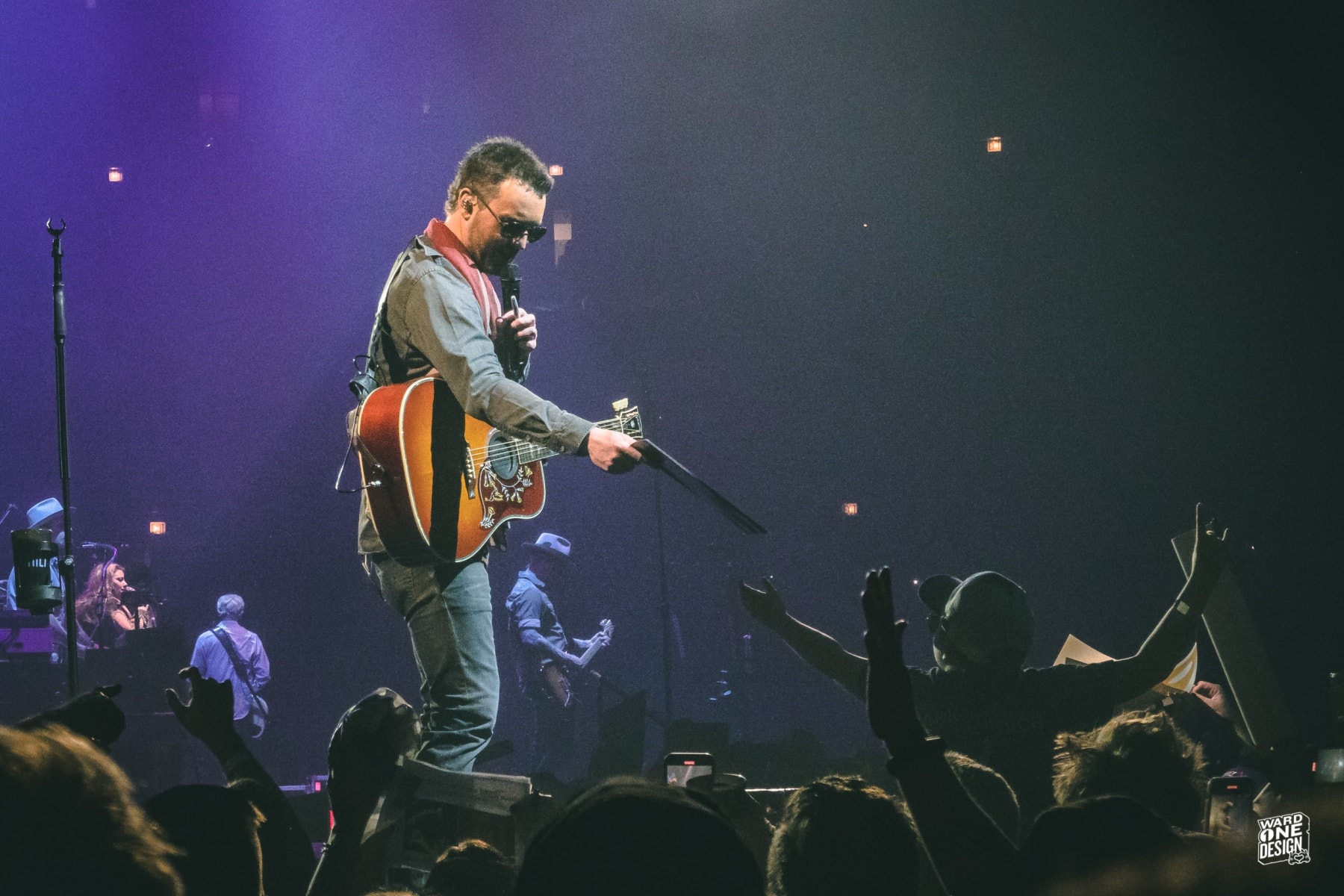 The Night went on for almost three full hours of music with no intermission. Church kept the Sold-Out United Center crowd hungry for more and even throwing in a few songs for an encore that was not on the setlist. This was a first to see Church perform his hits in chronological order, but I doubt it will be the last. Back in 2011, Eric Church did perform his album CHIEF in track listing order, but this is something that has not been done for 11 years. Still goes to show that after all these years Eric Church will still surprise his legion of fans the Church Choir with the unexpected. 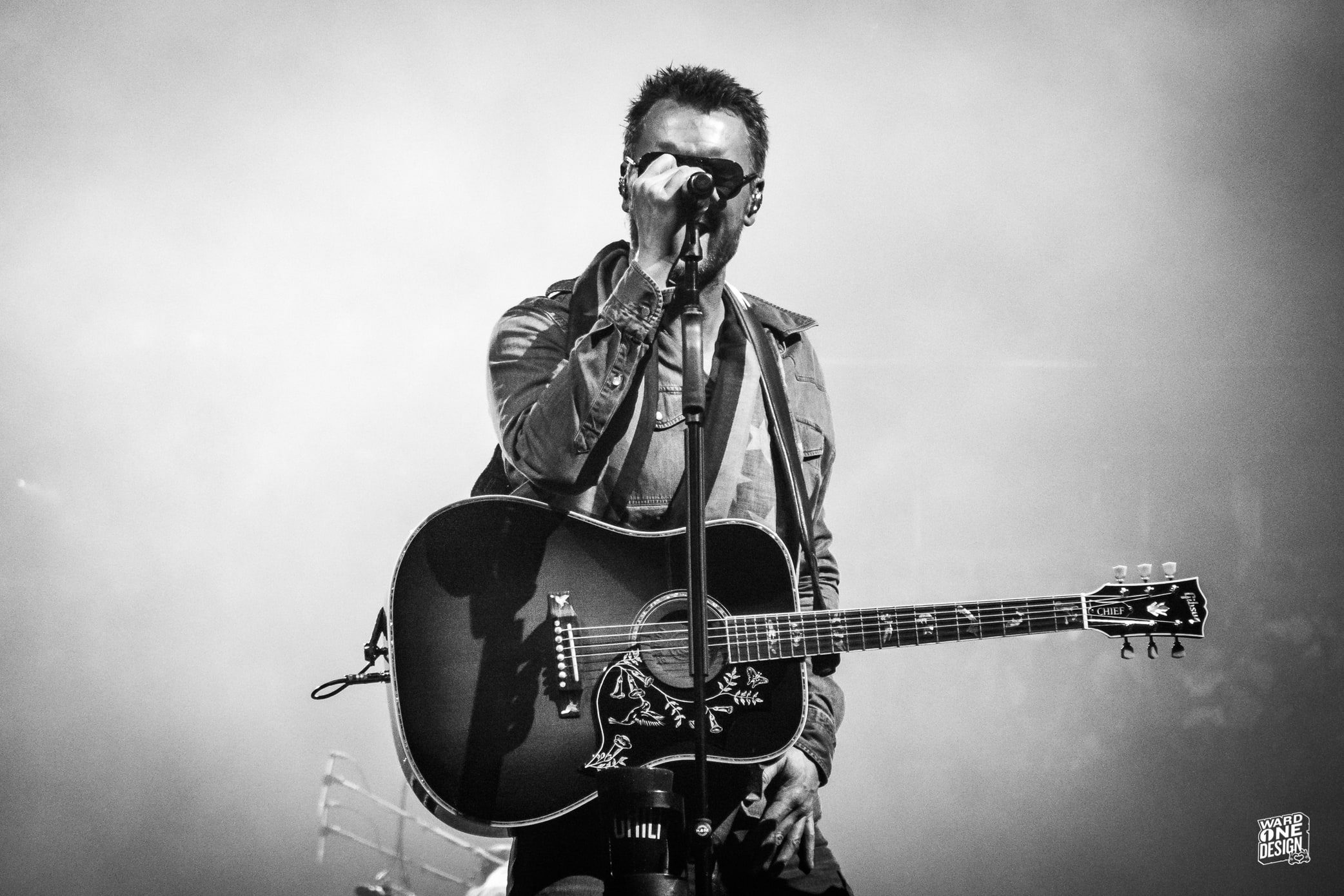 Love Your Love The Most

Hell On The Heart

Drink In My Hand

Give Me Back My Hometown

Stick That In Your Country Song

Hell Of A View 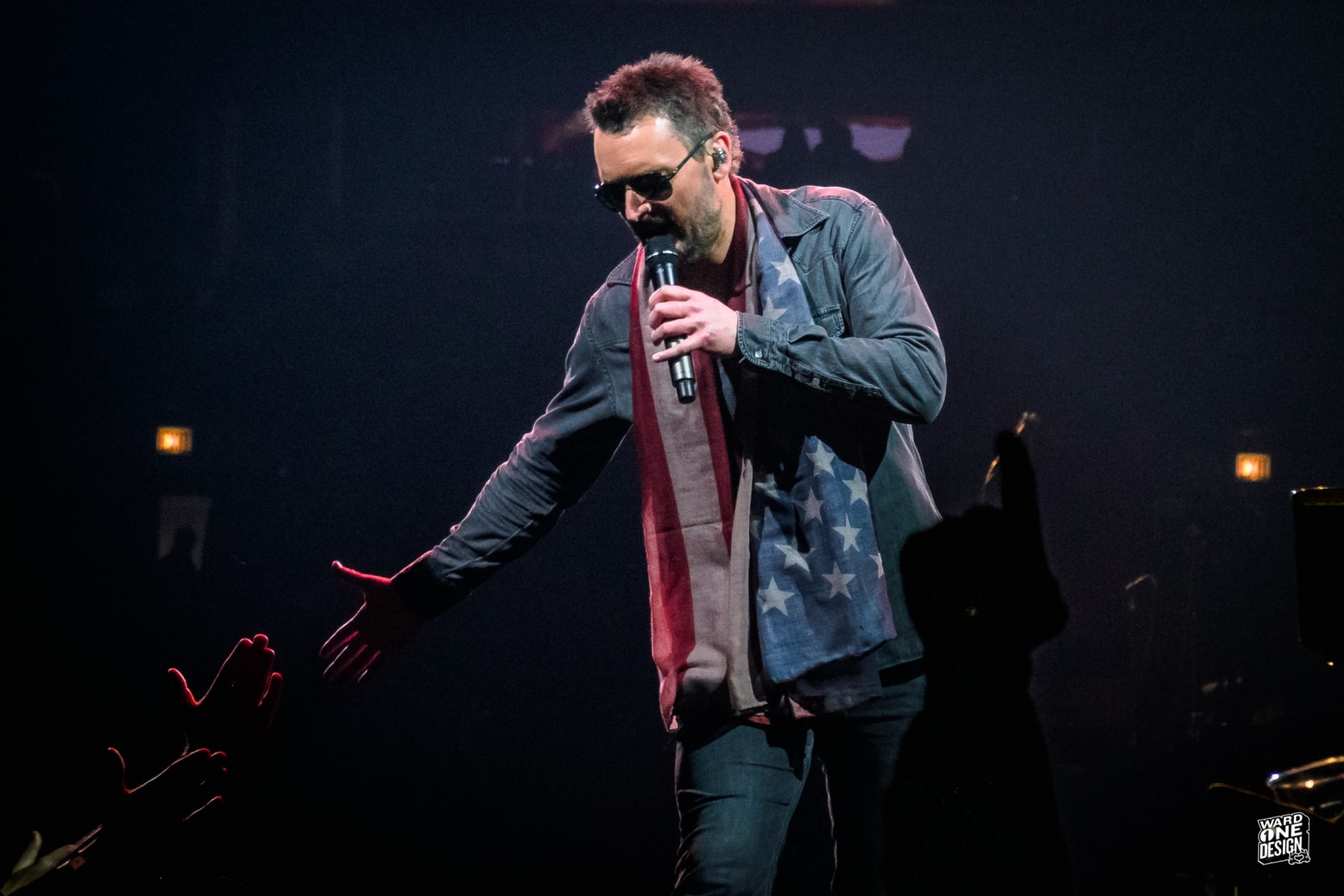 The next stop on The Gather Again Tour will be a Double Down in Green Bay, WI. The tour will wrap up in May at Madison Square Garden in New York City.

Eric Church will then headline Stadiums & Festivals throughout the summer. 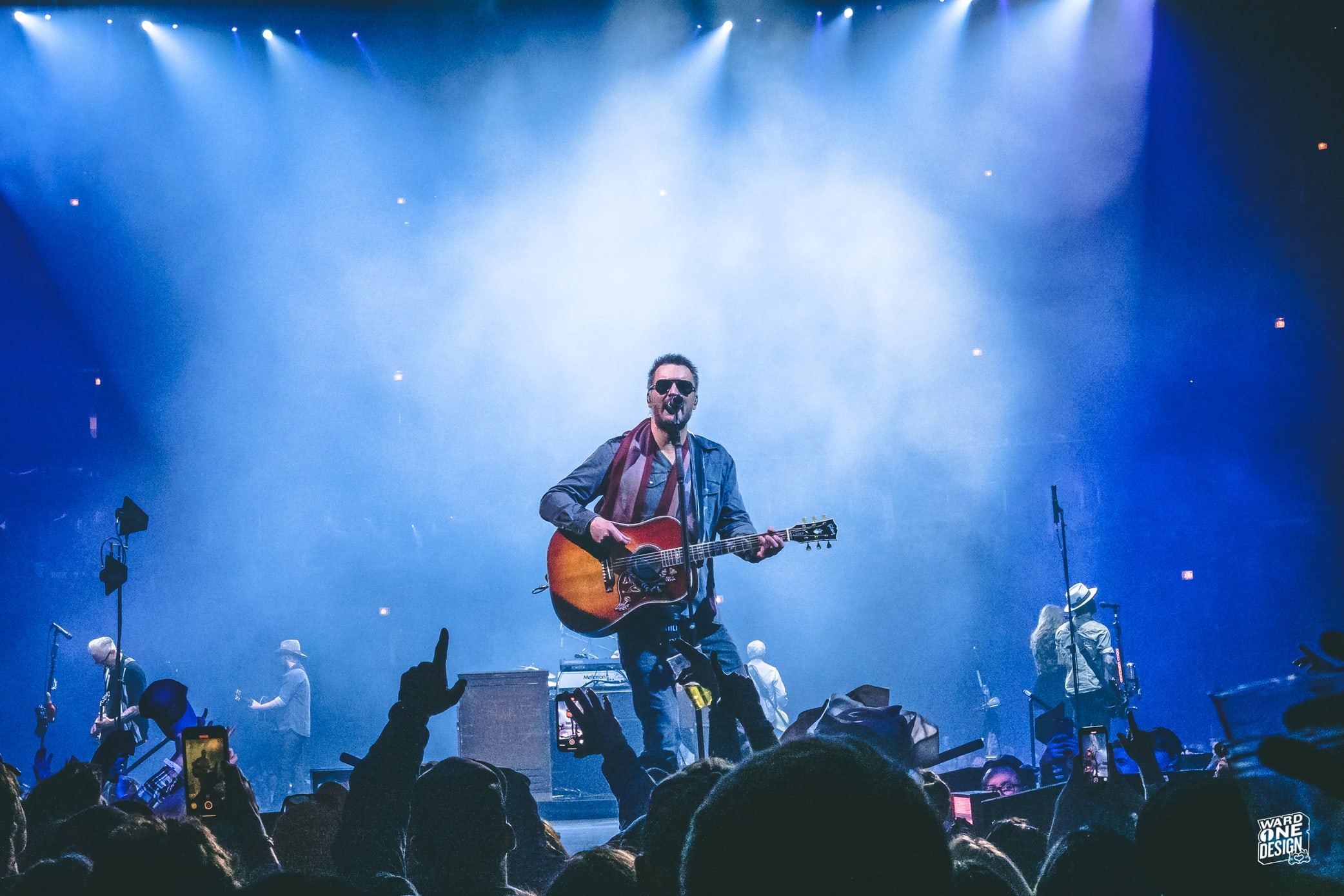