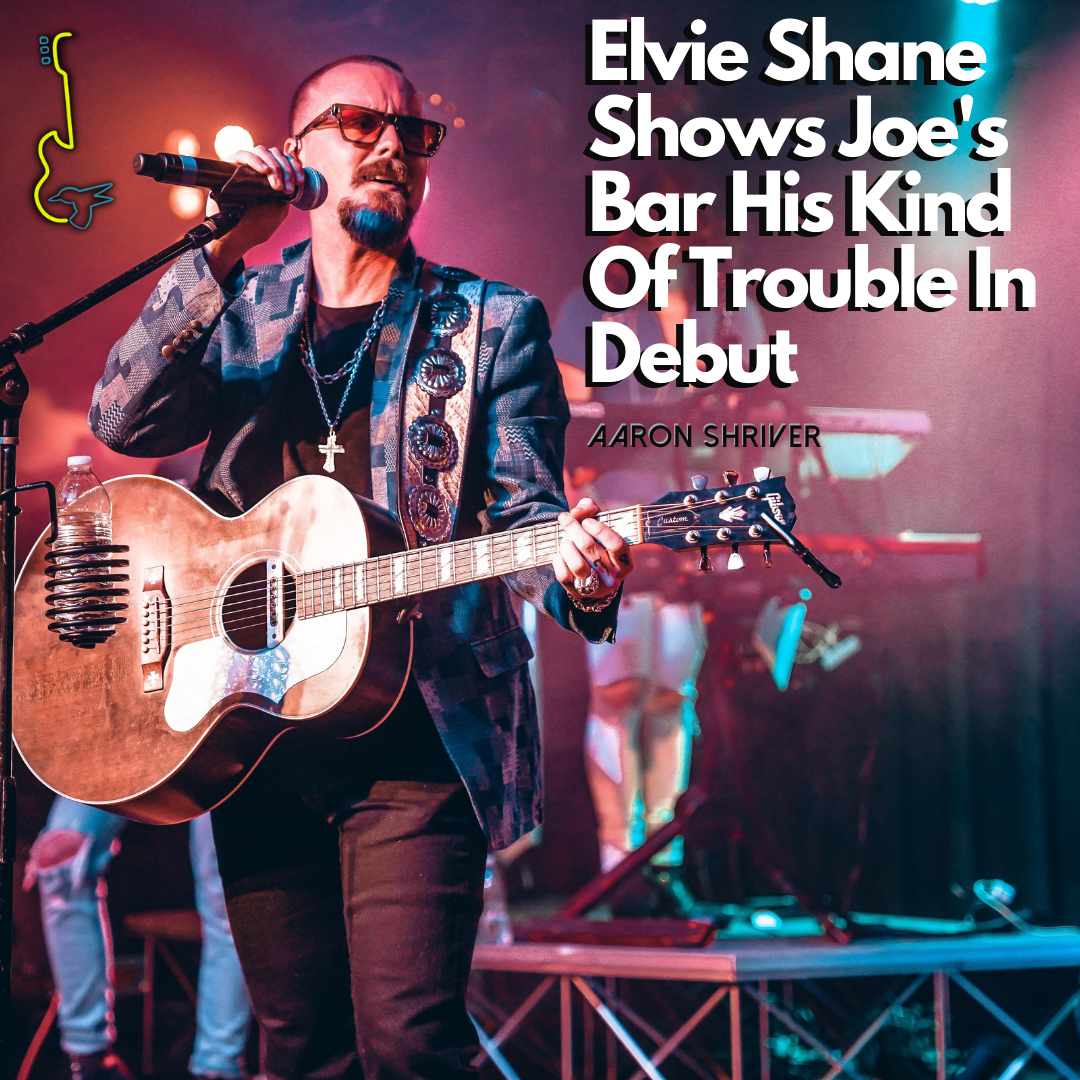 The My Kinda Trouble tour made a huge stop at the legendary Joe's Bar on Weed St. in Chicago, IL. Headliner Elvie Shane embarked on his first-ever headline tour earlier this year & has no plans of slowing down. This was Elvie's debut at the legendary venue, but it told us he is no stranger to Joe's Bar. During our sit-down with Elvie, he told us

"I'm just glad that they don't remember my name, because I used to call up here and bug them all the time wanting to come up here and play" 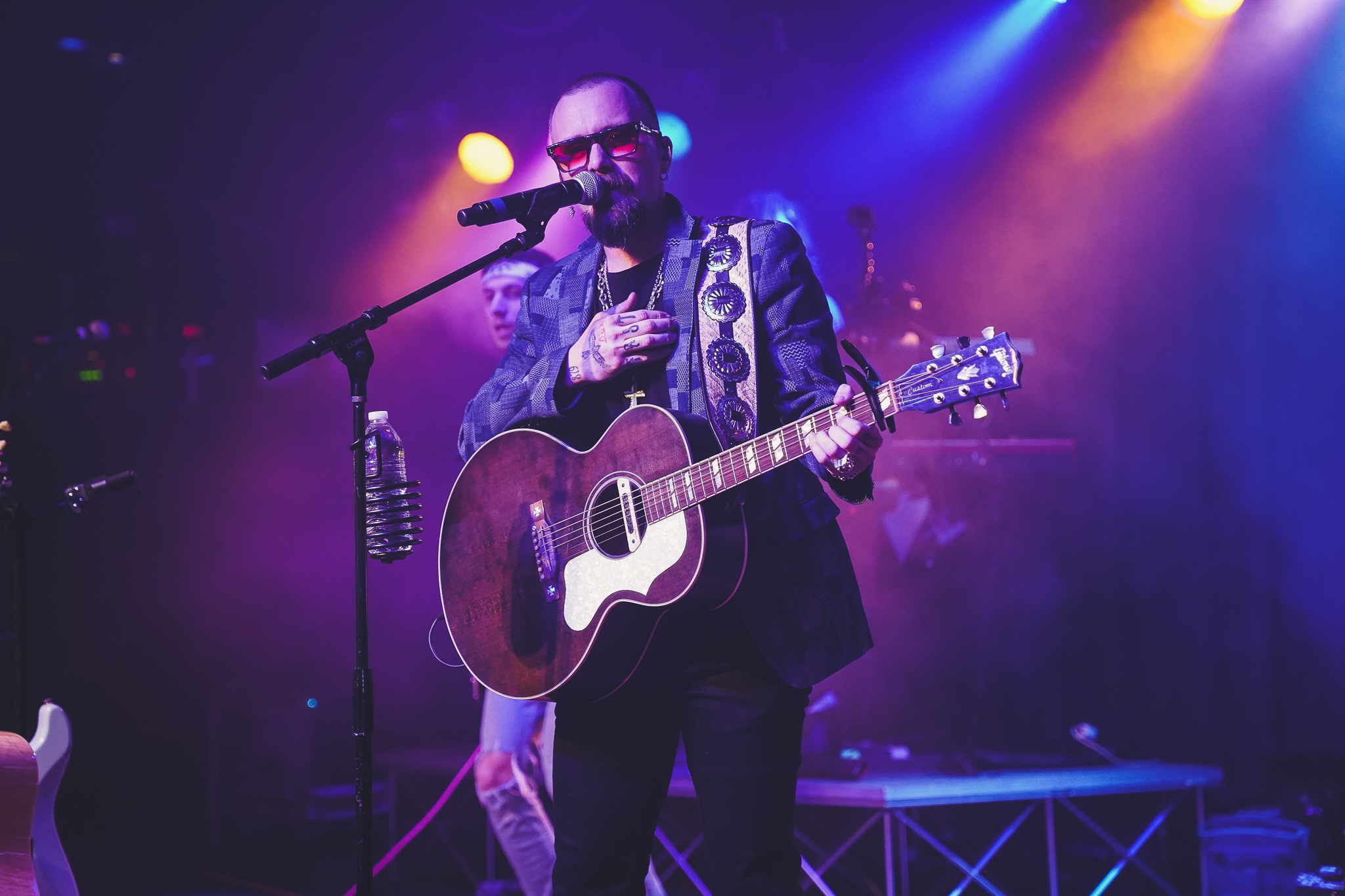 Finally, Elvie's night has come to take that infamous Chicago stage. Opening the tour and former Los Cruces Police Officer was Frank Ray. Frank left the force in 2017, after knowing music is his one true passion. Frank's set was high energy & had the crowd getting warmed up. His style of country music mixed with some Latin flavor caught the attention quickly with the Chicago crowd. Frank has been lucky to play the Joe's Bar stage prior, so he was ready to own it. 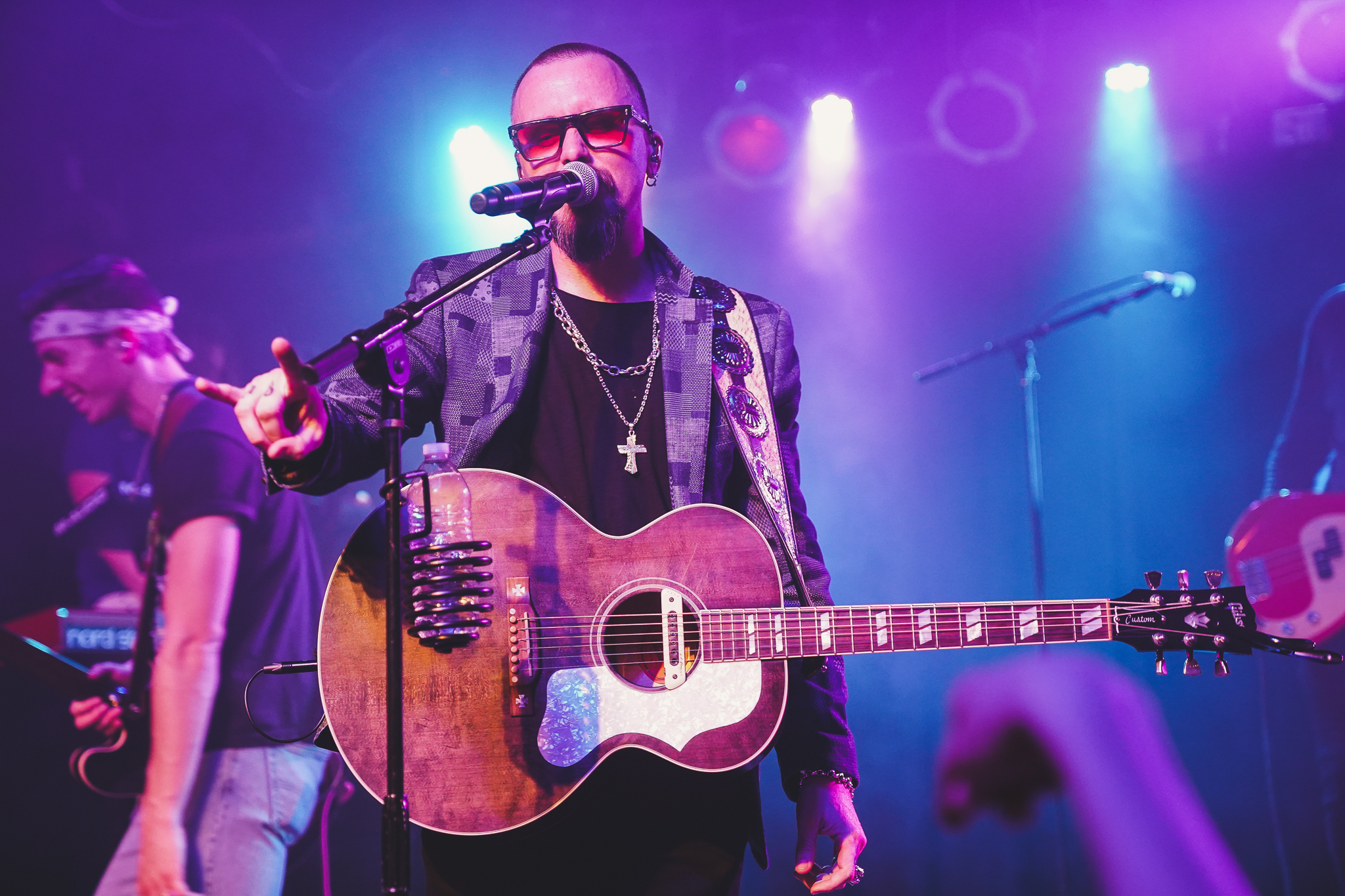 As the band fired up the amps, the first cord to "County Roads" which is Elvie's latest single was struck & his set was off and running. Elvie Made his descent down the famous Joe's Bar stairs the same way most of his idols have, with determination & ready to give the Chicago crowd everything he has. His latest single turned into his first cover song of the night "Six Days On The Road" made popular by Swayer Brown in the late '90s, I'm sure this song is a staple in Elvie's set as his dad was a truck driver for many years & this song could be considered the truck driver's anthem. Elvie kept the high energy with his song "My Mississippi" a song where he compares his relationship struggles to the Mississippi River

"Hey there, Mississippi, I know a girl a lot like you, I bet she's tearin' right through the country, And there's nothin' I can do, To slow her down, Yeah, loves like a river, You can't stop it when it's runnin' out, And headed south" 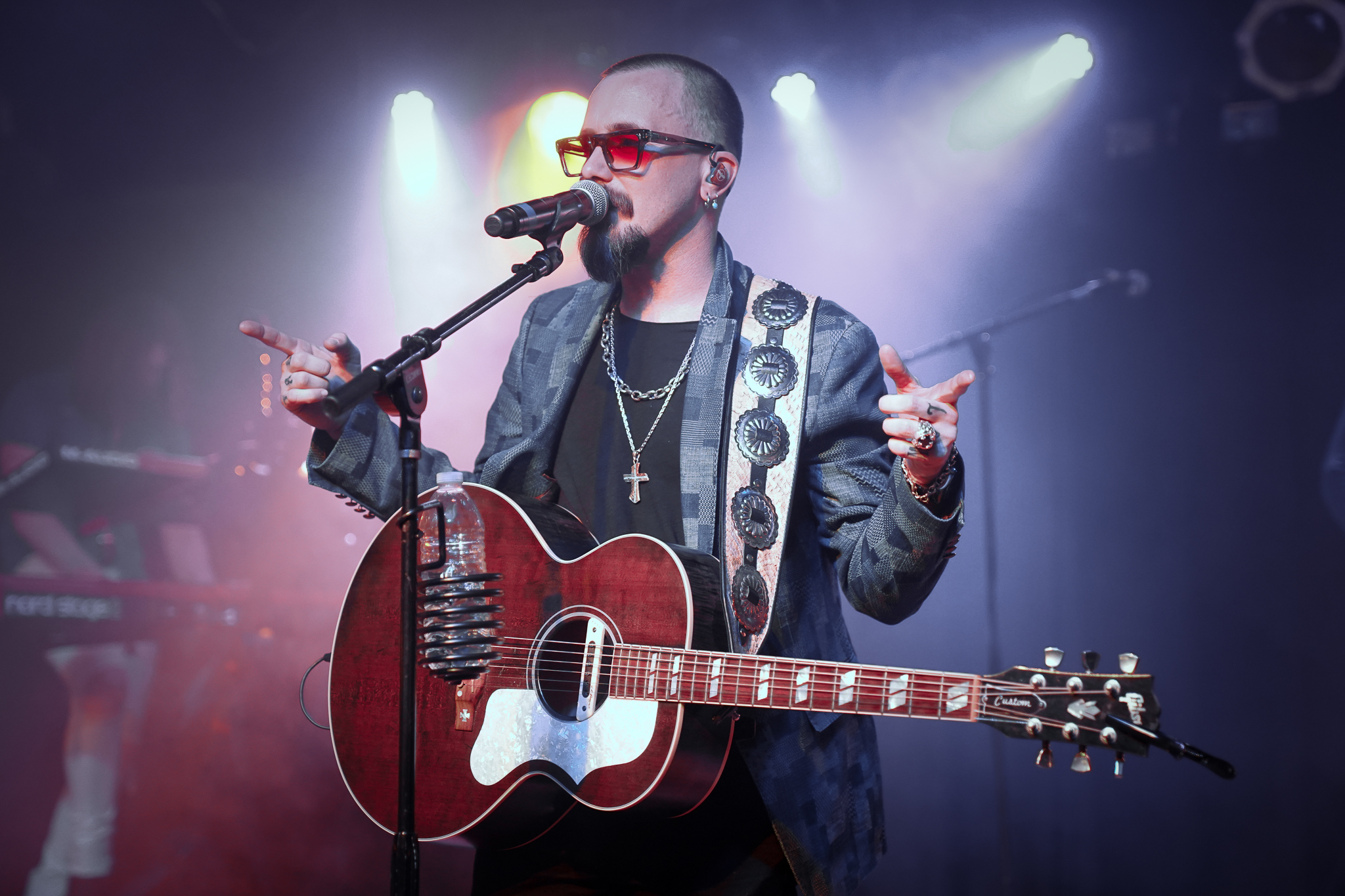 He followed this up with something that goes hand in hand "Heartbreaks & Headaches", keeping his upbeat tempo and owning his Joe's debut. Elvie kept the set going with "Rocket Science" a song that is one of my many favorites from the album & Elvie even asked Elon Musk via a tweet even if he could use a launchpad for the music video. Don't think that request was ever granted but was a unique idea. One thing I noted & saw multiple times was Elvie personally thanking the fans down front in the crowd. It showed how humble he is to be doing something he lives nightly, if you know Elvie's story you know it's been a lot of blood & sweat to get to the Joe's Bar stage. Next was the song that named his first headline tour "My Kinda Trouble". Elvie used around 25 co-writers on his "Backslider" project, but the 2 on this song are names you have heard before. Ray Fulcher & Erik Dylan joined with Elvie in writing those hits, Elvie had his hand in co-writing all tracks on his album. A feat that is not heard of too much in Nashville. Elvie connected memories and melodies during the song "Sundress", talking about an old high school memory that I'm sure a few of us can relate to those types of summer nights. Elvie, then showcased the lead track from his album "I Will Run" which is heavily influenced by his wife Mandi, but it was the next song that was gifted to Elvie when he first met Mandi's son. The song "My Boy" launched Elvie's career to new heights. It was his first #1 as both an artist & songwriter. They celebrated with a #1 party at The Local in Nashville the previous week. The song even had its own spinoff called "My Girl", sometimes they don’t have to be blood for you to be a parent. Next was my favorite from the album "Miles", where Elvie comes full circle. "Always forward, never straight" is what Elvie’s dad would tell him as he would hop in the cab of an 18-wheeler and head on down the road. A lot of times Elvie felt like he didn't know his dad because he would be gone a lot, truck drivers make a lot of sacrifices and could leave a toll on young kids or having a parent around. Elvie spent a lot of time with his mom singing while his dad was on the road, so it only seemed fitting to ask his mom to provide background vocals while recording the song. Elvie’s next cover was "My Hometown" by Charlie Robinson a song that resonates with a lot of songwriter fans and was perfect since Chicago is my hometown. A few more album cuts filled out the already high energy set including "Sunday's In The South", "Saturday Night Me" & "Nothing Last Forever". Elvie ended up playing 14 out of the 15 tracks on his "Backslider" album. It was the Mac Miller cover "2009" that hooked me on his covers, I'm mostly an all-original guy when it comes to live music, but Elvie was showcasing his talent on some deep songs. "2009" was one of those and then a song later "Apologize" by Timbaland brought it home for him. To see Elvie’s range and the way he made each cover his own, gave me more appreciation for cover songs in general. He closed out the night with “Keep On Strummin’” A song that Elvie wrote with his brother Clinton after a car wreck he suffered when they were kids, left Elvie’s brother with some brain injuries. A conversation with his brother one day led him to say,

That amazing hook earned his brother songwriting & publishing credit. Elvie couldn’t have been any more humble leaving the Chicago stage, as he once again thanked a lot of the fans for coming. He quickly made his way back out to greet the Joe’s Bar crowd at the merch table. 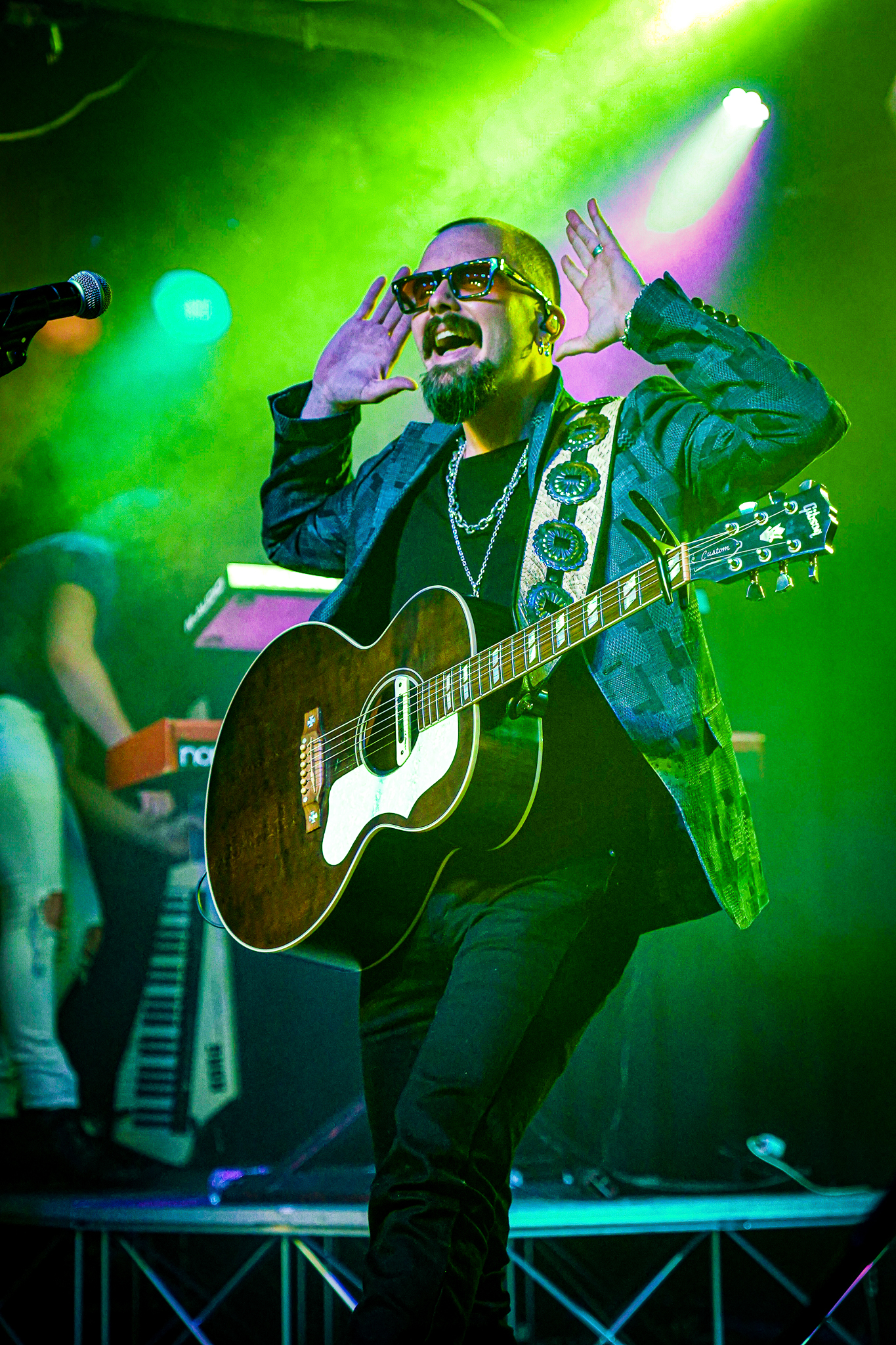 I have been lucky to see a few Joe’s Bar on Weed St. debuts and Elvie’s was one for the record book that I would even say eerily reminded me of one debut that of Eric Church, and after looking at the photos & seeing the way Elvie connected with the Chicago crowd, I can see why he says that the Chief is an inspiration of his. Elvie Shane is here for the long haul, and this high-energy show proves it. 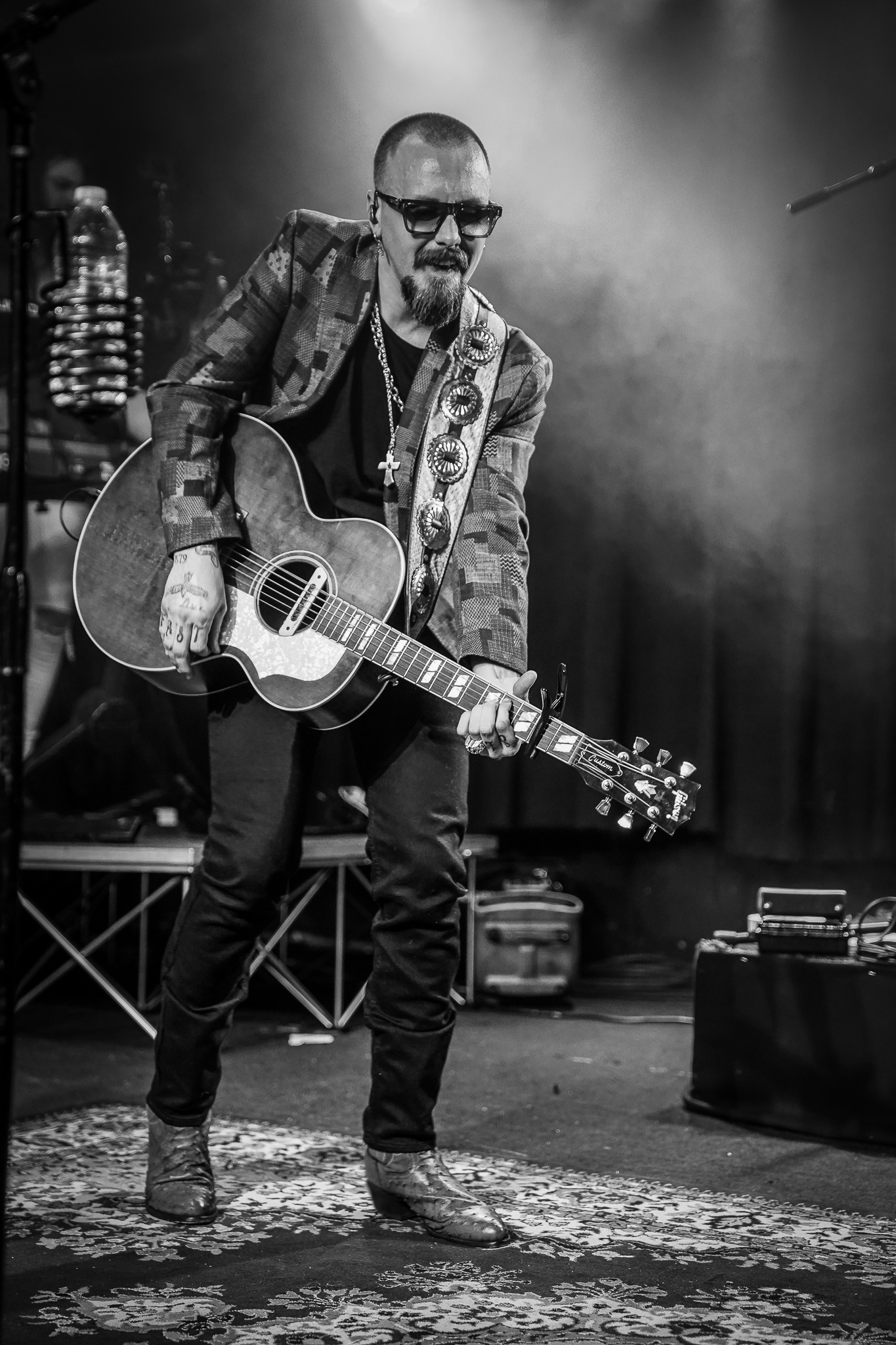 My Kind Of Trouble

Sunday's In The South

Click The Image Below To See Our Elvie Shane Photo Gallery 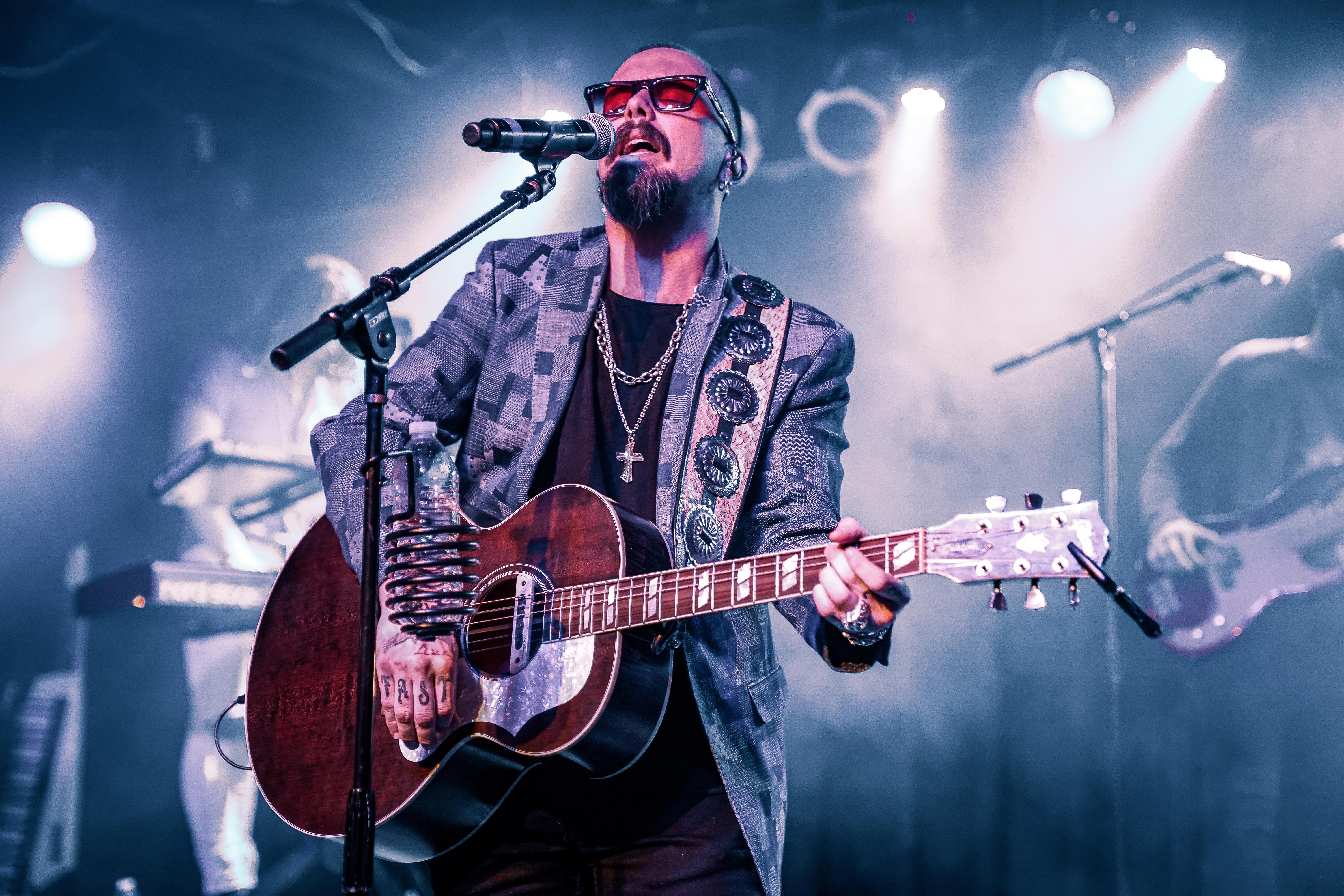 Click The Image Below To See Our Interview W/ Elvie Shane 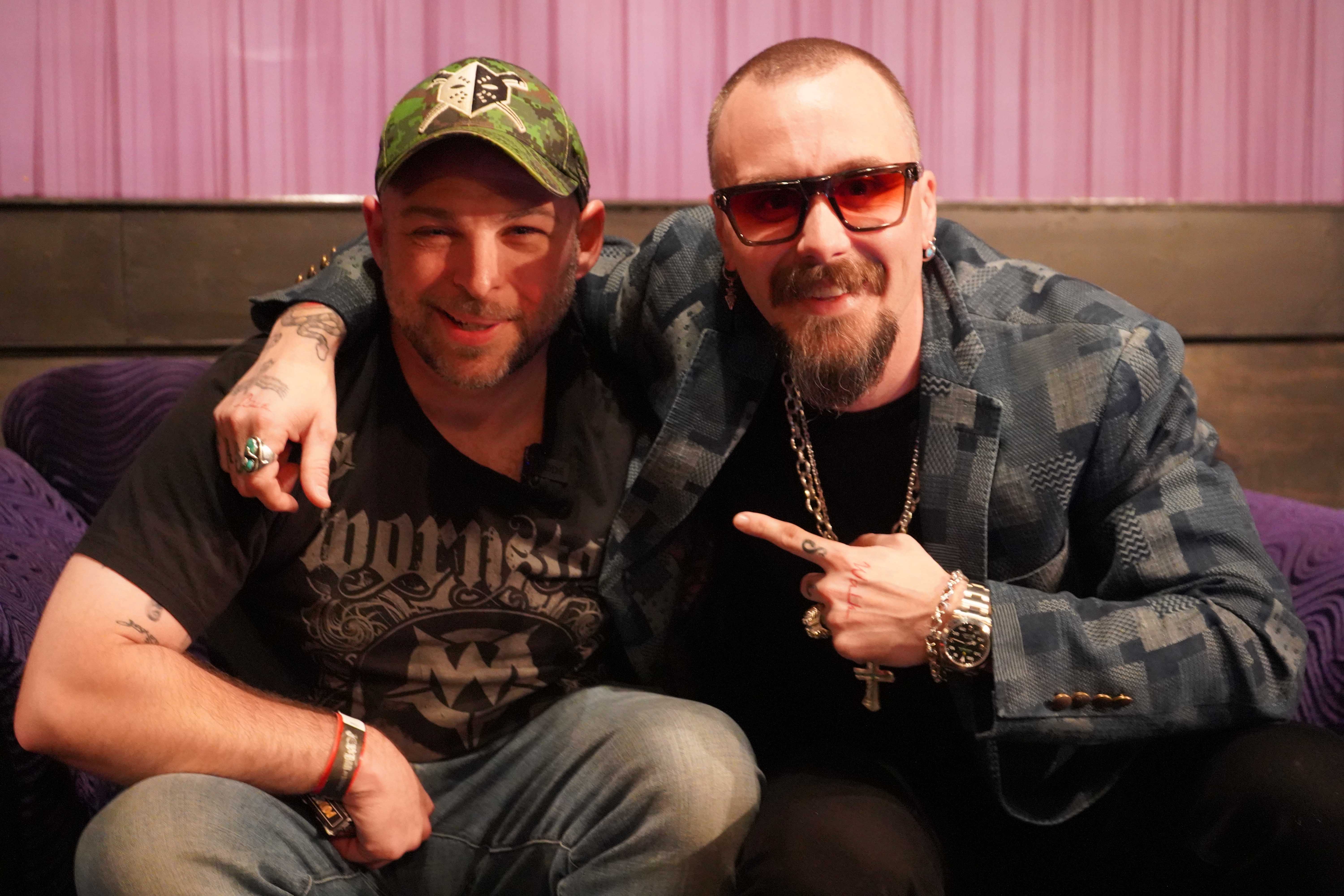 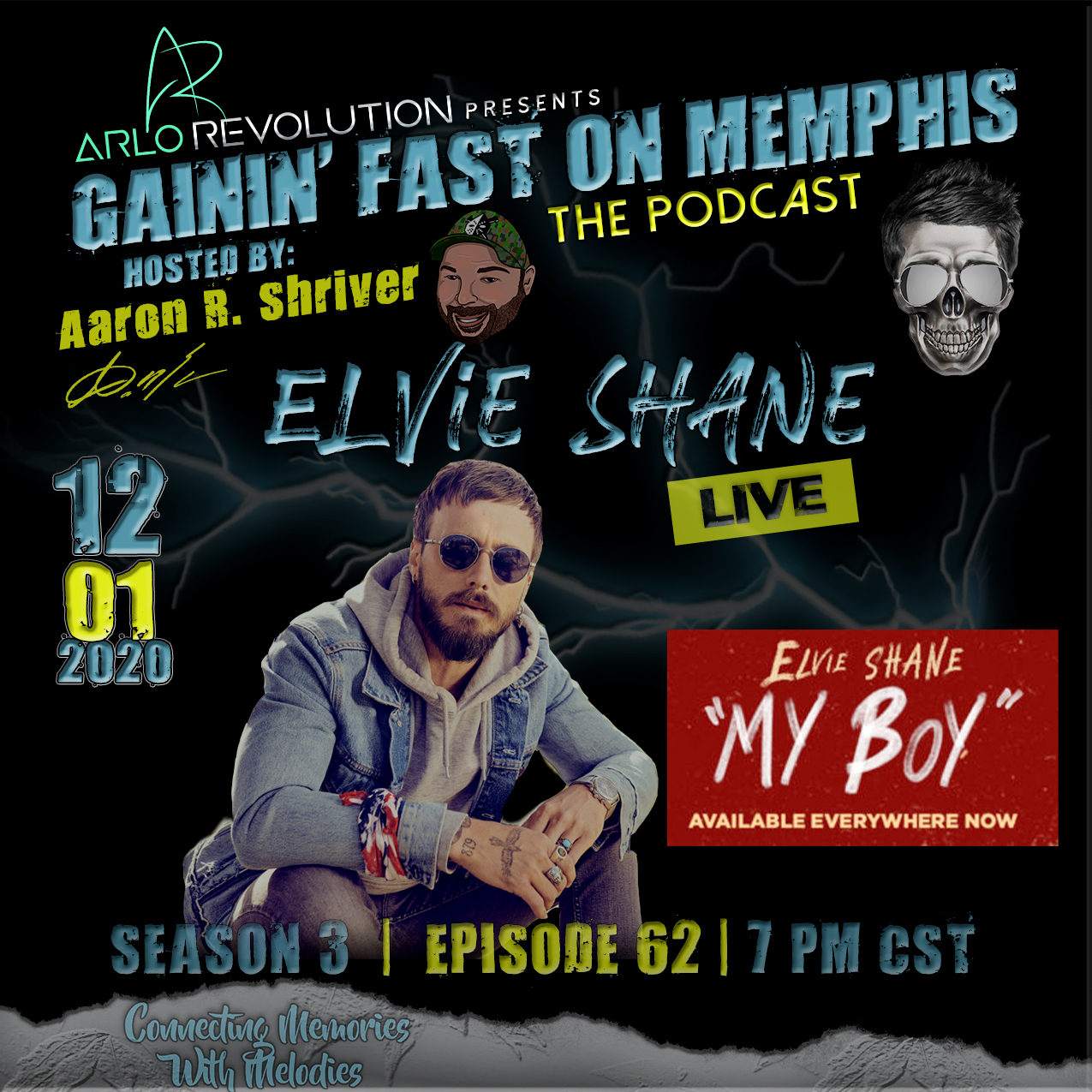 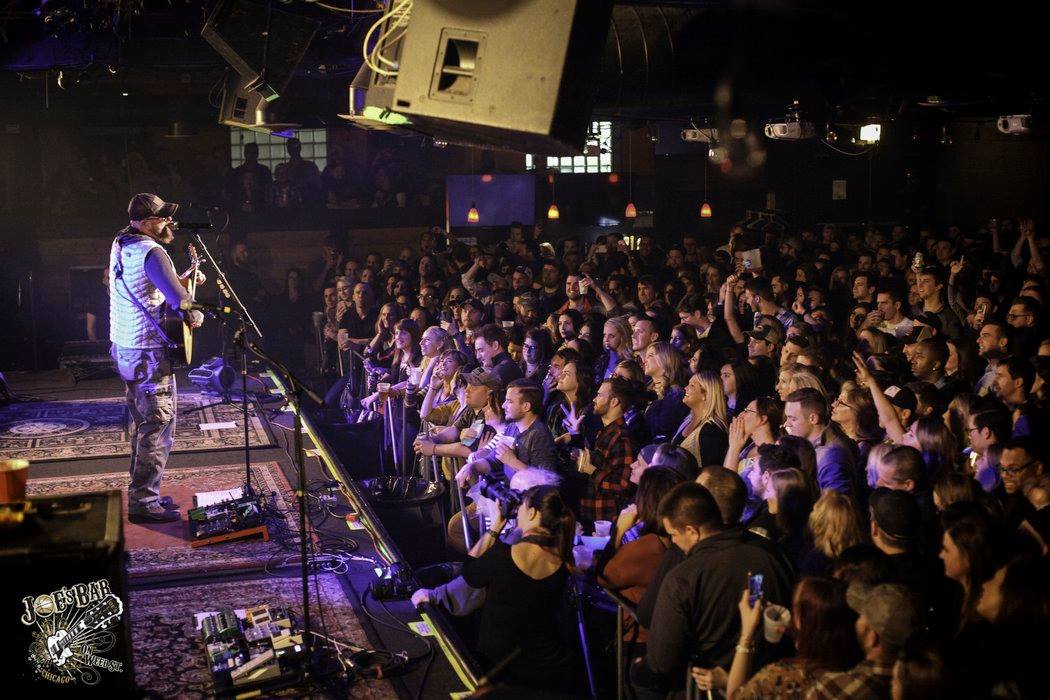