Corey Smith Is No Stranger To Joe’s Bar In Chicago 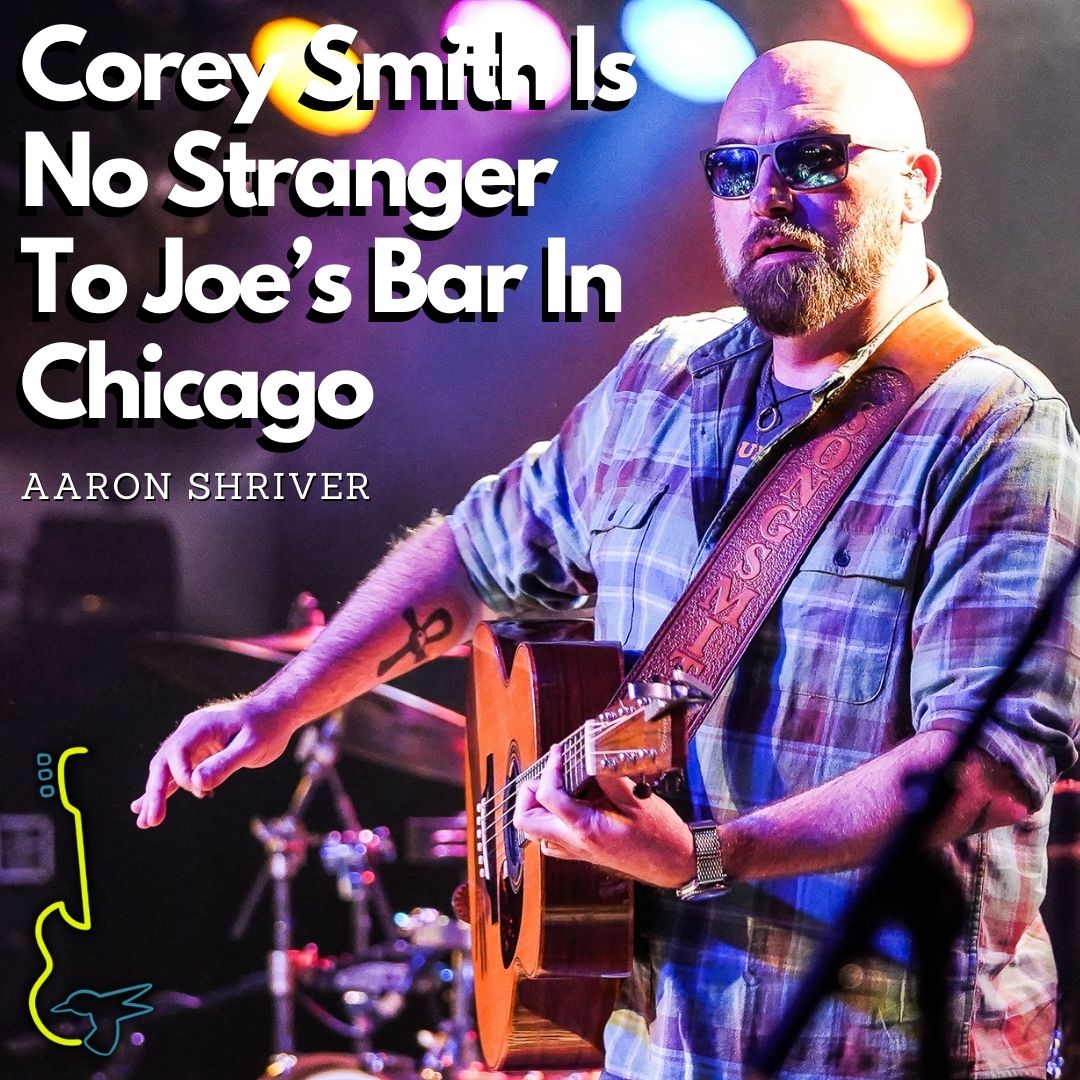 Corey Smith is no stranger to Joe’s Bar in Chicago; he has been playing at this iconic venue for over 15 years. Friday night, Corey brought something a little bit different to the Windy City. That being original songs that for the first time Smith has co-writers on. Yes, the man who has written every single lyric of every single song decided in 2020 that he wanted to try something new. One of the first co-writes Corey had was with newcomer and the night’s opener Jeb Gibson. 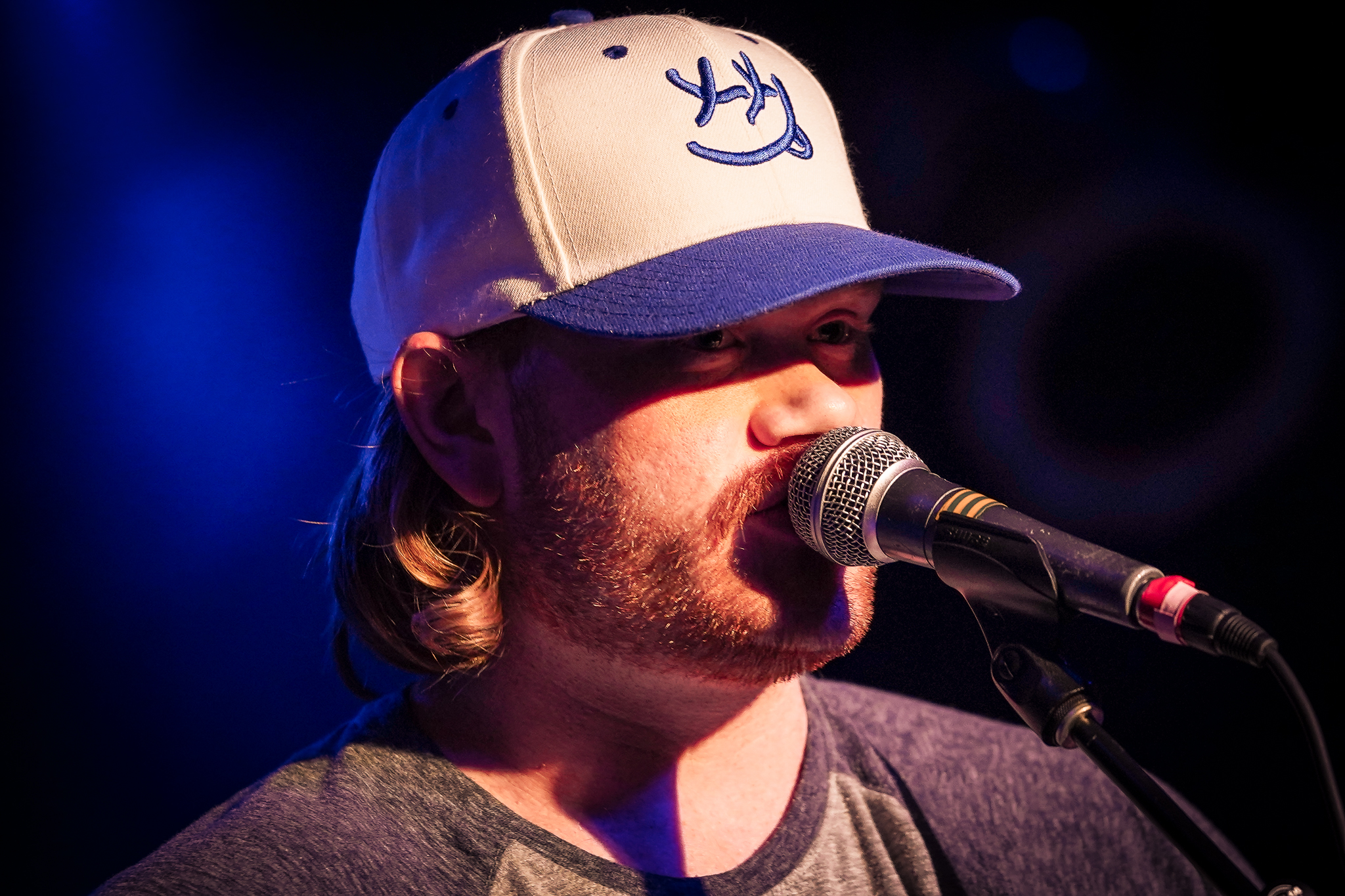 Jeb Gibson makes his Joe’s Bar debut, with a big slash. The “If It Aint With You” Singer did miss a chance to live out one of the song’s lyrics. “And up in Chicago, I like to see both Wrigley Field and Lake Shore Drive” Well Jeb’s Atlanta Braves played a day game at Wrigley Field, but a delayed flight didn’t let Jeb cross Wrigley off the bucket list just yet. However, his set at Joe’s had the crowd remembering his name. He played a few covers, but it was the originals that stood out, closing his set with his latest single “Damn Good Liar”. Jeb walked off Joe’s stage to huge applause after a very successful debut. 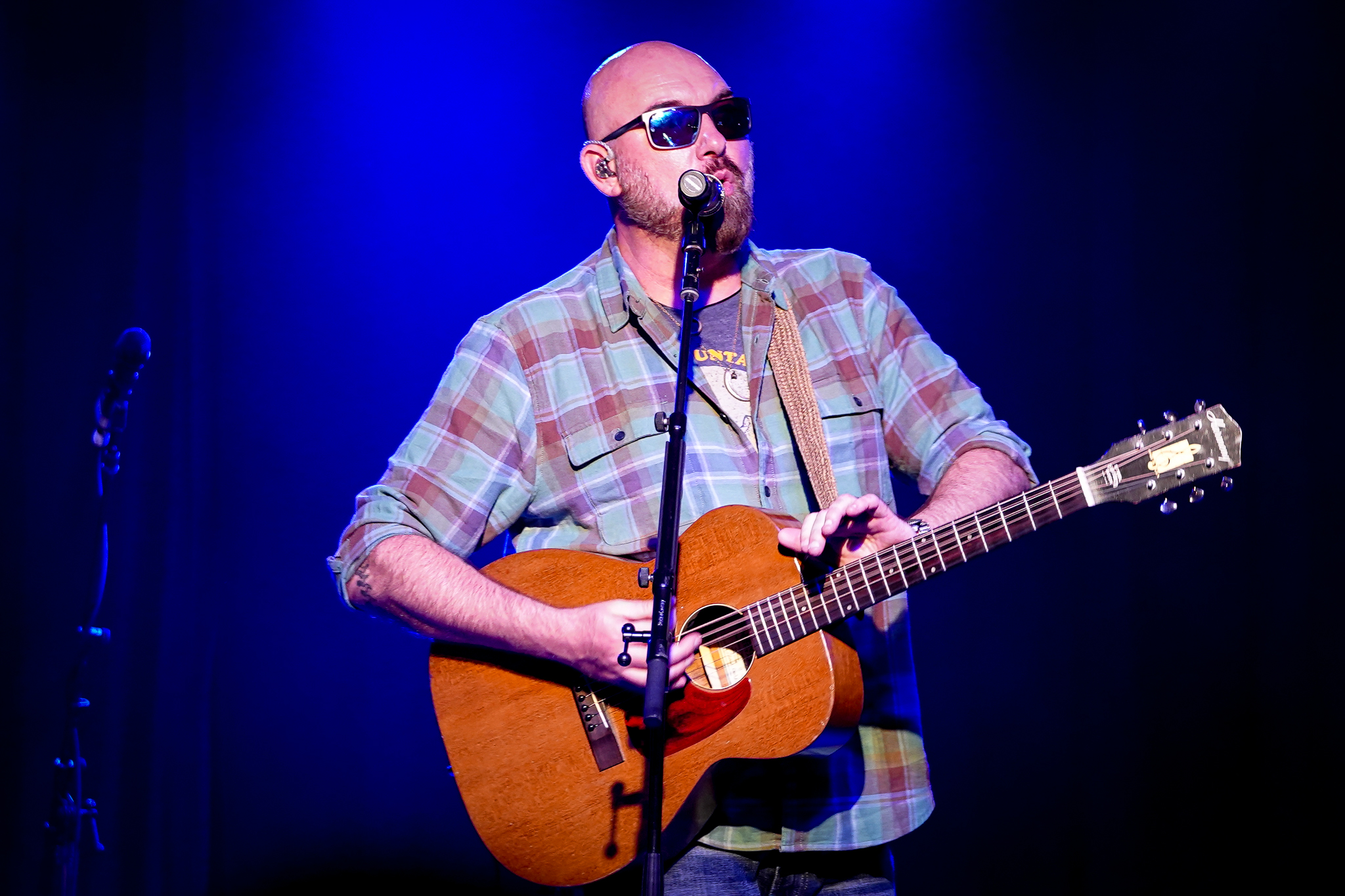 “Welcome To Joe’s Bar, It’s Good To Be Back In Chicago. We Have Drive A Great Distance To Be Here Tonight. I Hope You Left Your Troubles At Home & Let’s Enjoy Ourselves”

The anticipation for Corey Smith’s return to Joe’s Bar was growing, the smoke filled the room the lights dimmed, and the intro to one of his biggest fan-favorite “Maybe Next Year” fired up. The crowd started singing along with Corey & I don’t think they stopped until the encore. The near Sold-Out Joe’s crowd has needed this Corey Smith song. Corey continued to roll out the hits spanning what has been a very impressive 22-year career. Songs like 2011’s “Carolina”, 2015’s “My Kinda lady”, 2020’s “Cellophane”, & then into his first cover of the night “Castle On The Hill” by Ed Sheeran.

“I’m going to play some old shit, some new shit, & even some shit I don’t even know how to play” 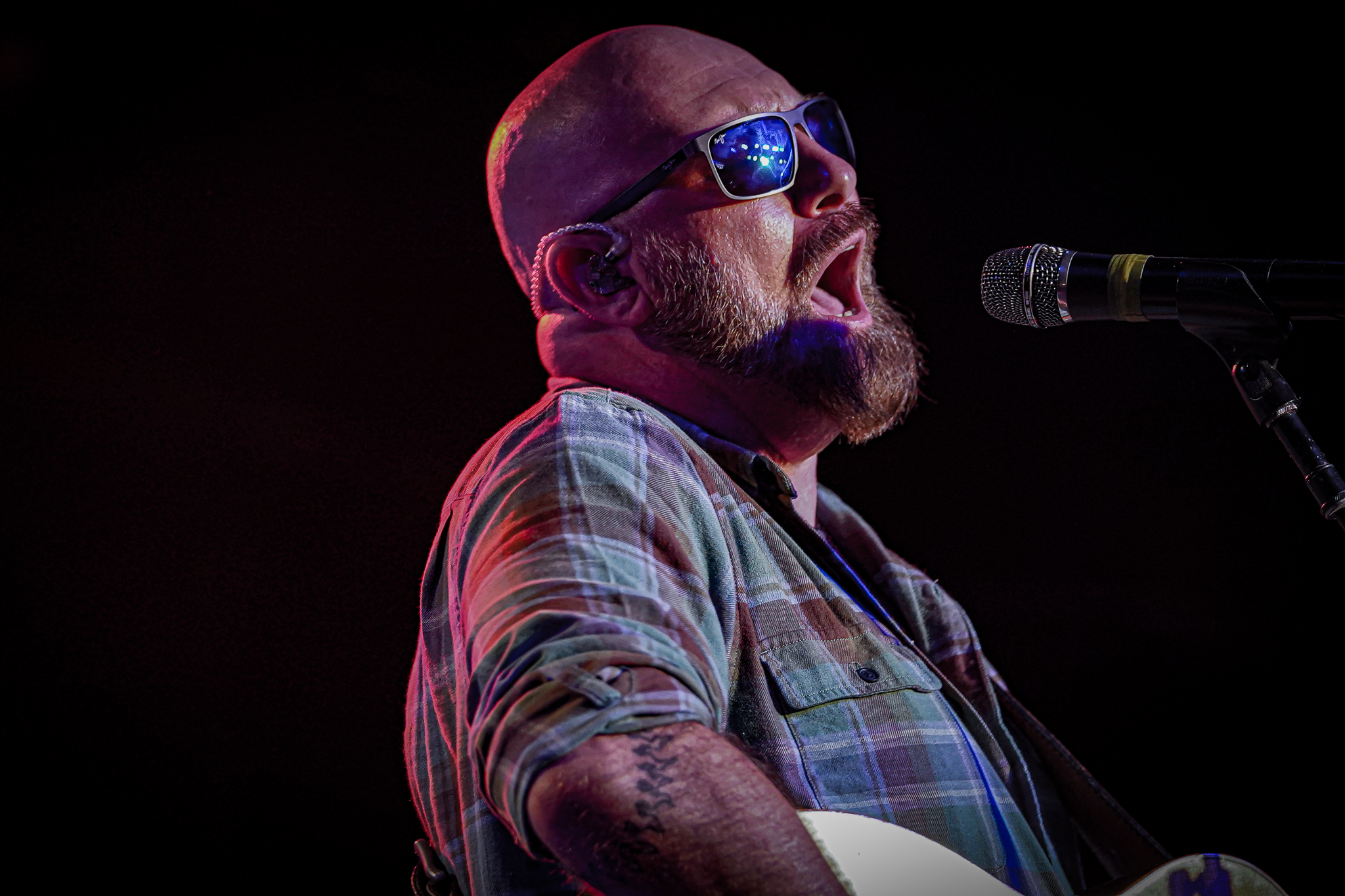 Corey Smith has written every lyric of every song that he has released in his career. With his new project he is working on he decided to open it up a little and bring in some co-writers. The night’s opening act Jeb Gibson being one of the first, & Corey even debuted the song they wrote together called “Still In The Running”. This proved that Corey’s strong songwriting ability will now move into a dual-threat with new cowriters. One of Corey’s fun sing a long followed called “Backroad” the talks of being a little too hot and heavy in a vehicle are highly spoken about in this catchy tune.

Just this one time, I promise I won't ask again. It'll be our little secret; Honey I won't tell a soul & if I see somebody coming, I'll be sure to let you know. Everybody does it, don't you be ashamed. We'll still make the movie; we'll just be a little late. 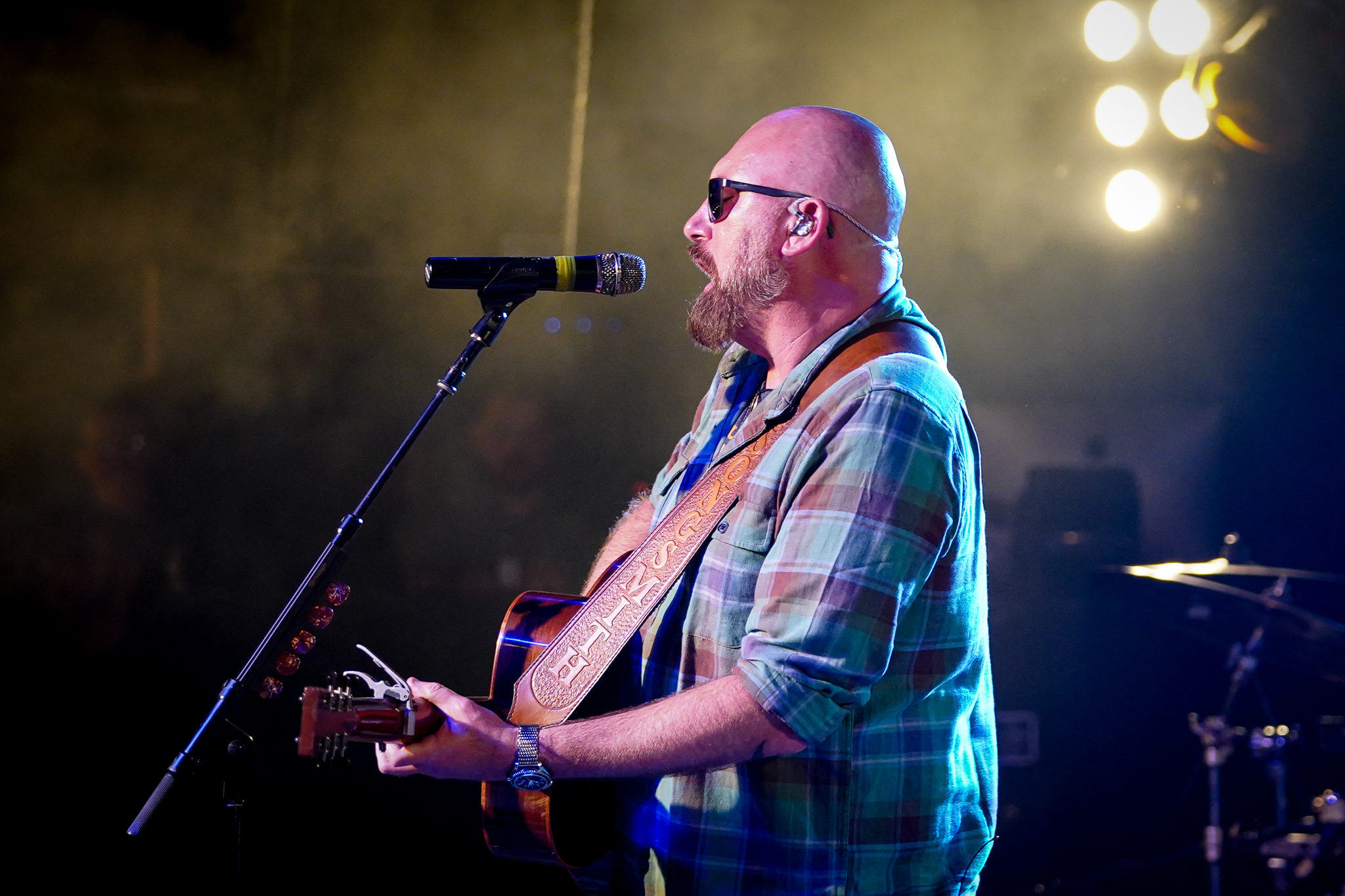 The second cover song of the night Haggards “Mama Tried” continued the evening singing a long, followed by even more fan favorites of Corey’s “Drinking Again” & his 2000 hit “Something To Lose”. Corey always does a great job of planning these Chicago shows. The last time he was in Chicago his Georgia Bulldogs were in Notre Dame, which is just down the road from the iconic bar. Another venue not far is Wrigley Field and during the day Corey’s Atlanta Braves defeated the local lovable Cubs. So, when Corey introduced the next song as a song he wrote while cheering on his Braves, the Chicago crowd answered with a few boos. “The Baseball Song” quickly started & a lot forgot all about this moment. His caffeine-induced song “Drugs” played to a packed Joe’s Bar crowd followed by another new one. He talked briefly about a writing trip to Nashville, and how his co-writer's car smelled a little skunky from the outside. The co-writer Ben Chapman penned what could be a new marijuana anthem called “Daddy’s Weed”. One of the biggest hits from his earliest album, “Twenty-One” had Joe’s bar crowd louder than I have heard a crowd inside the venue, they were singing louder than Corey until he slowed it down and told the story about how he is now 43, which was a reference to being old in the original lyrics. So those had to be changed to talk about how he is 43 and the kids are growing up way too fast, but damn wish I was Twenty-One. Corey threw in “My House” a Flo Rida cover before closing out the set with his cult classic “If I Could Do It Again”.

To think Corey would get far after walking off the stage is an understatement. He barely was up Joe’s steps before the crowd was calling him back for “One More Song”, In true Corey fashion we got three more songs. He came back with the “Good Life”, a cover of Diamond Rio’s “Meet In The Middle” & closing the night out with "I’ll Get You Home”. This was one of the nest Corey Smith shows we have seen at Joe’s, and we have been to a ½ dozen or so at this venue over the last 20 years. 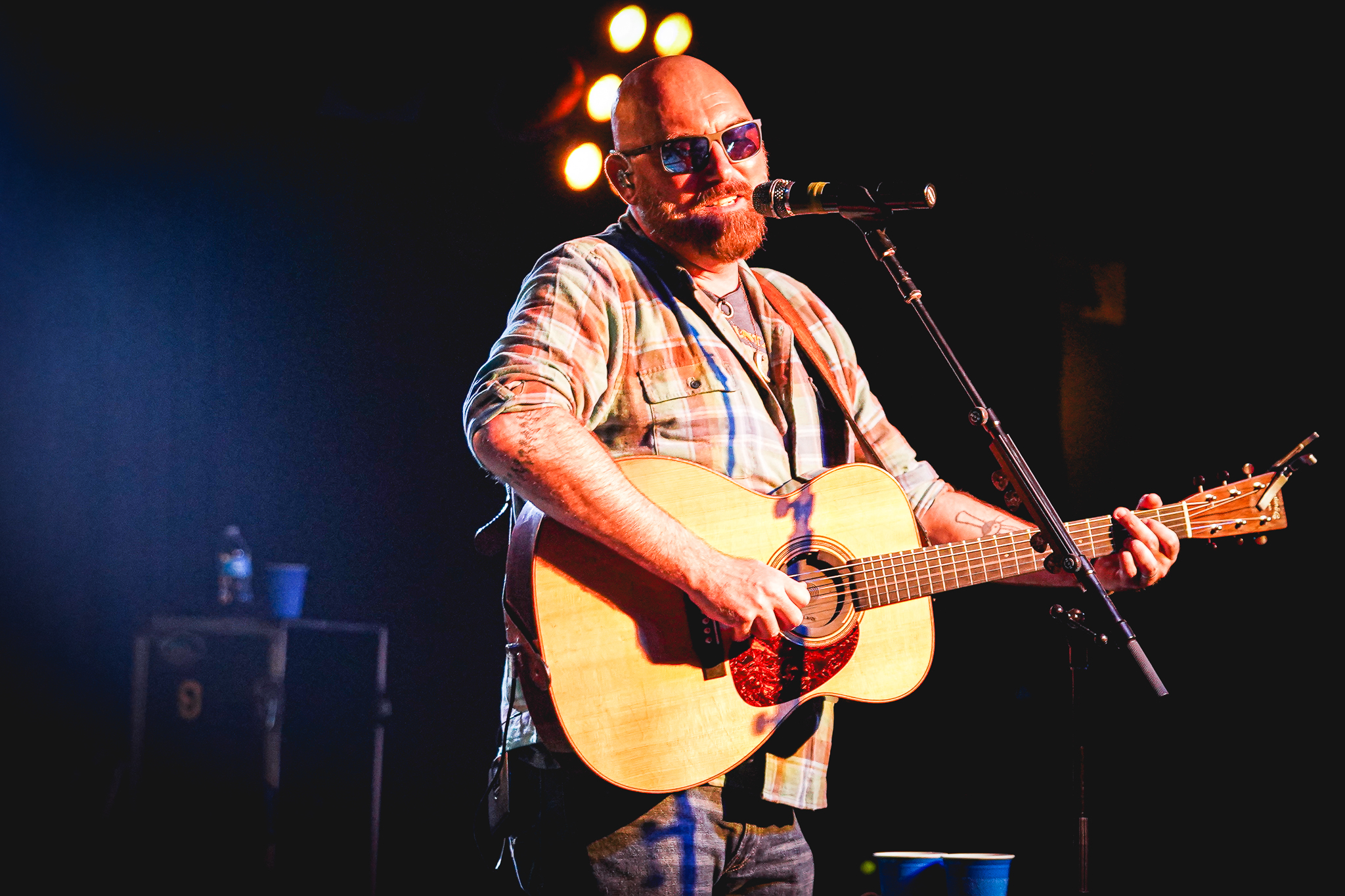 Click The Image For The Full Corey Smith Photo Album

Still In The Running

I’ll Get You Home