Camp Broadcast with a Breakout Event 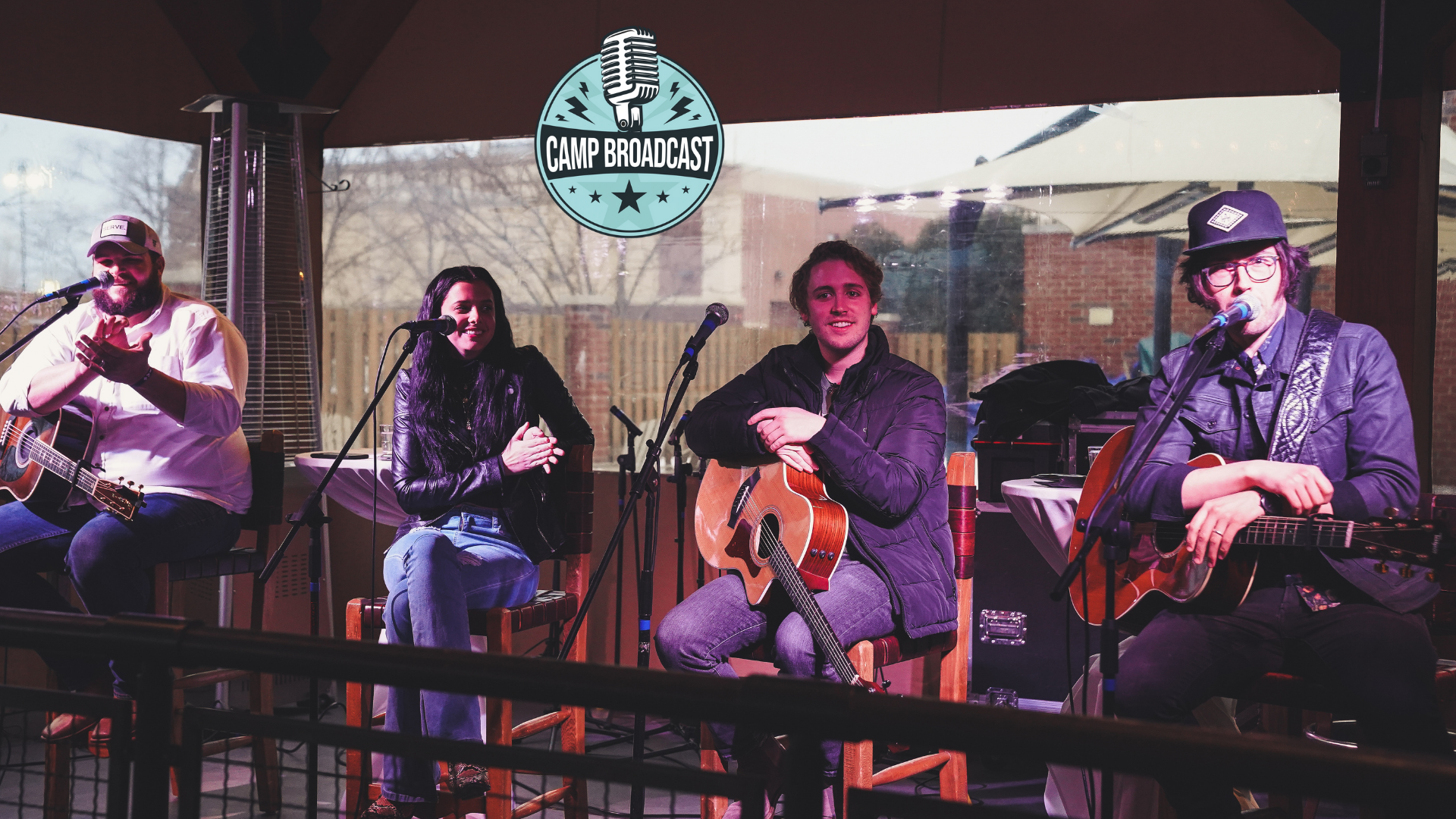 This past Sunday, Jillianne & I attended an event outside of Chicago put on by Camp Broadcast. We initially came across this event because Ray Fulcher was on the lineup. Sadly, Ray had to fly back home for a funeral of a dear friend. The event went off without a hitch, & we get Ray back in a few months. 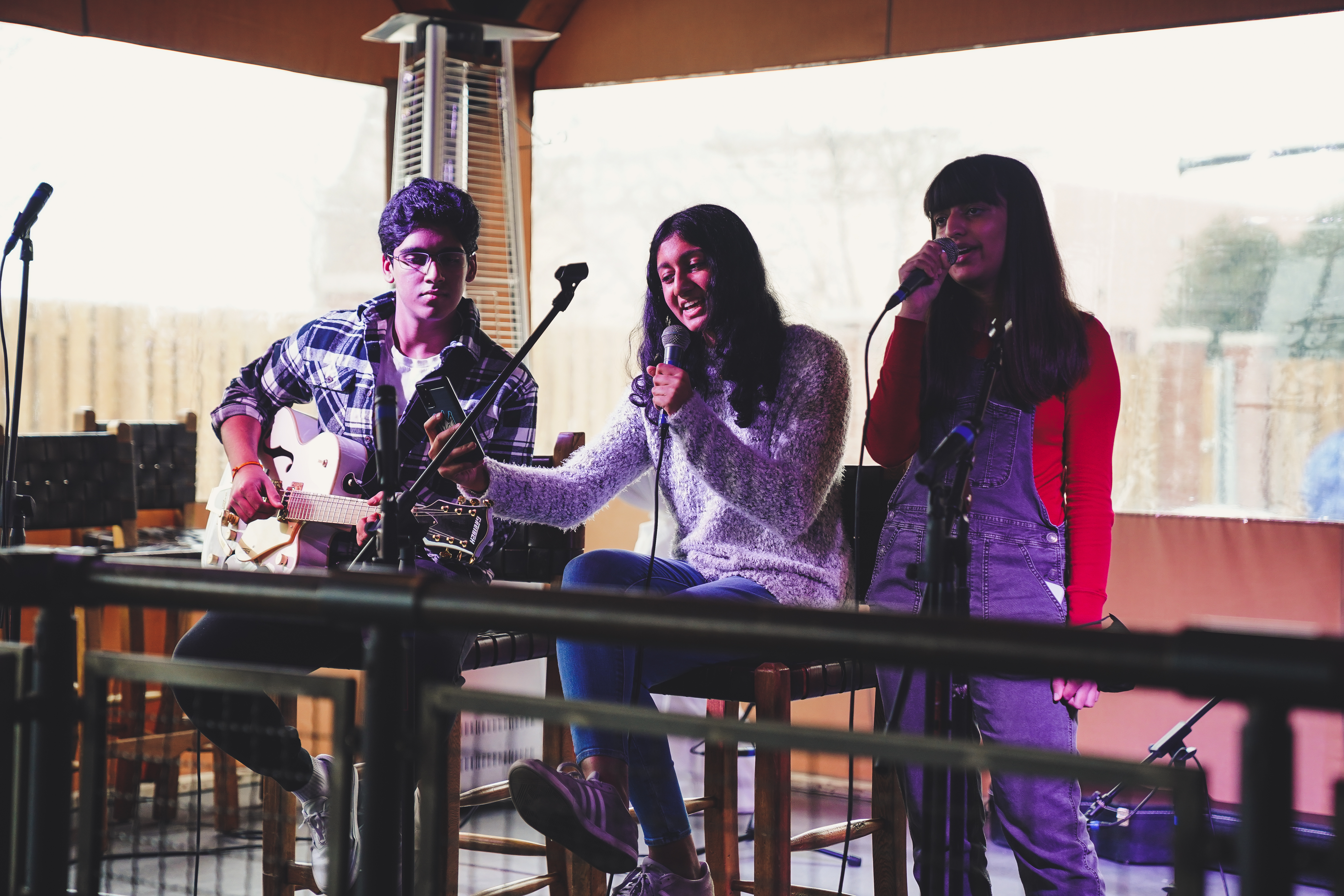 The day started with School of Rock Barrington, School of Rock is a very detailed orientated school for kids to learn all aspects of the music industry. I encourage you to check them out if you have kids. Another local school with an amazing music program Stevenson Amplified had a few of their students perform as well to kick the event off. Next up was the writer’s round, they had it set up just like a bar on Music Row & a packed house ready for some live music. First up were 3 young writers, Ben (Child of Eve), Ian Jake Robleza & Joey Wilbur. These guys can write, all 3 of them are local to the Chicagoland area & have a bright future. One that stood out was Joey, he made me feel those lyrics & knew just how to deliver each song. Keep an eye out for him, I’m curious to see where he can take this. 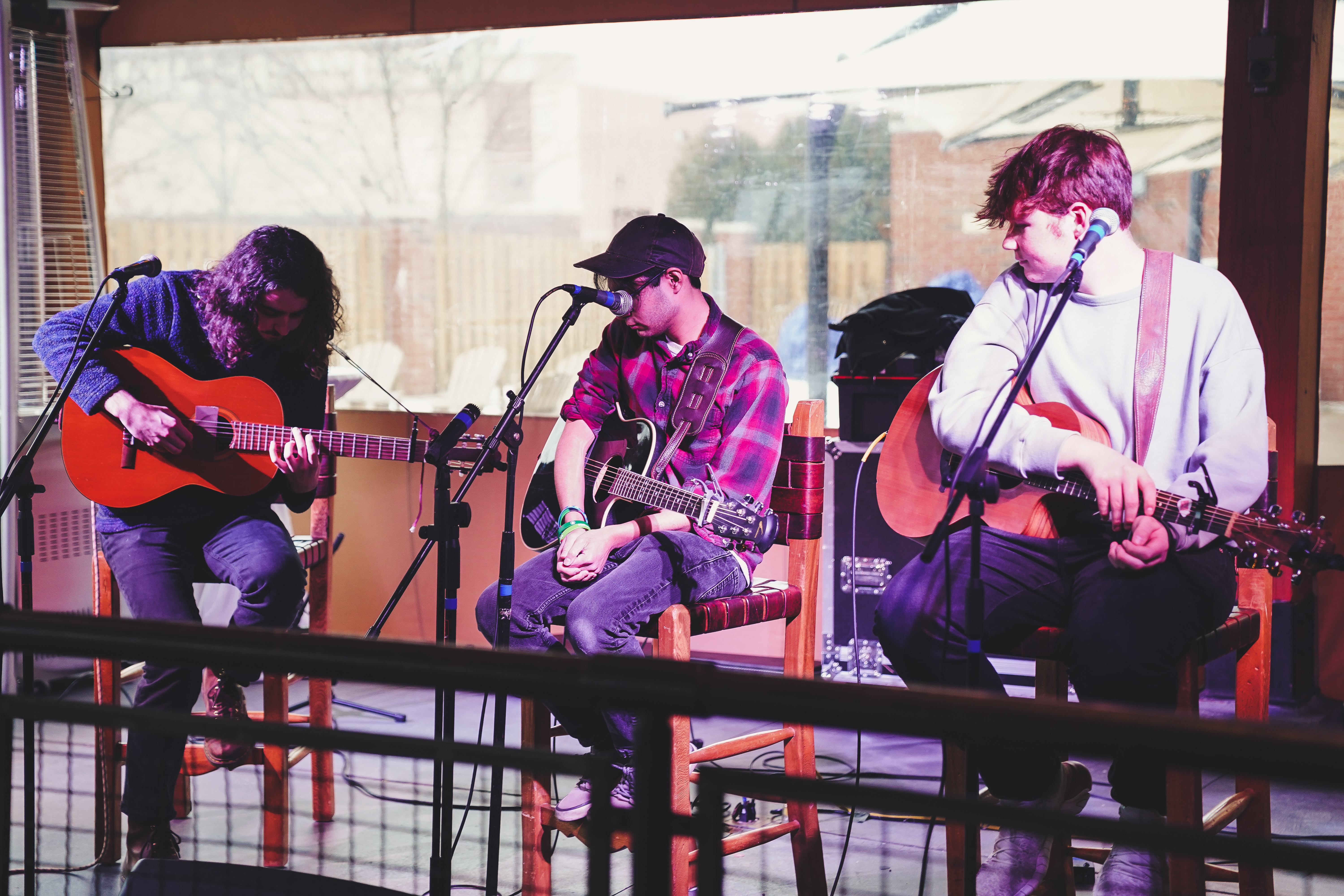 Finally, the highlight of the night. I mentioned Ray Fulcher had to back out, & to be honest I had only dug into Adam Hambrick’s music out of the remaining artists on the lineup. I also don’t watch much reality TV & can maybe count on one hand the number of times I have watched The Voice. However, Jake Hoot blew me away! He is the Season 17 winner of The Voice & just last year made his Grand Ole Opry Debut, but it was the songs like “Nadine” & “Best Job I Ever Had” that seriously made me fall in love with this guy. Jake was fresh off his opening gig for the band Alabama just a few nights prior, but he had the crowd in the palm of those big hands. He talked about a 2-hour conversation he had with a lady, about her marriage & out came a song that almost knocked me out of my chair. Fellow singer/Songwriter Lanie Gardner was sitting next to Jake & to see her reaction to the song as well, she had tears & then had to follow that song. 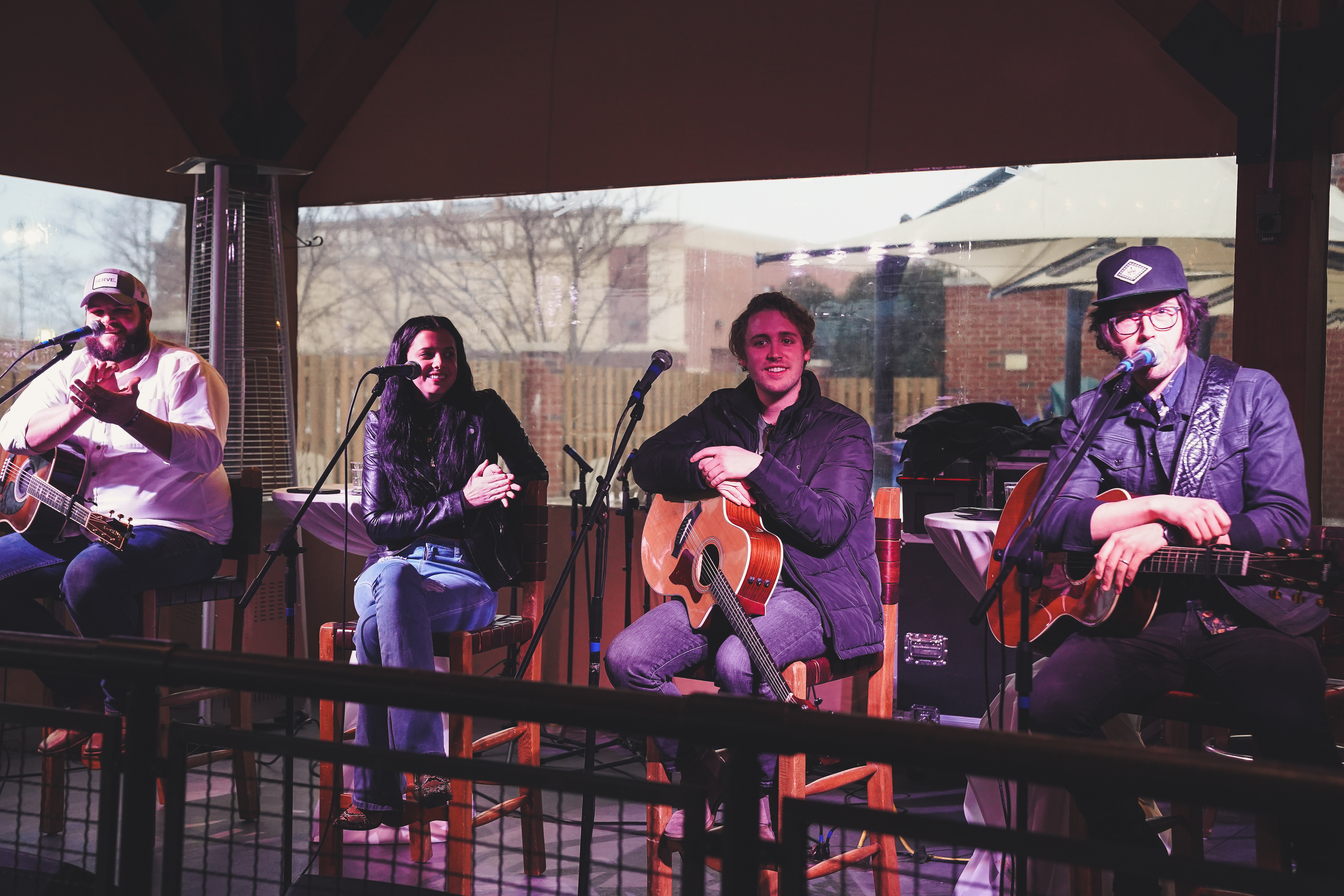 Well, she did. Lanie Gardner followed every Jake Hoot song like we were watching a boxing match. It looked like they were almost sparing with each other. Lanie has burst onto the scene in a big way. She has built a flowing with Social Media and is expected to have a huge 2022. She dropped a cover of “Dreams” with David Guetta featured & this launched her career. Tonight, it wasn’t her covers that stood out, it was her songs that she has been writing since she was 12 that had the crowd silent enough to hear a pin drop, they were hanging onto every word she sang. To say I was blown away again would be an understatement, I was impressed with her style & delivery and the fact she held her own with someone who has won the voice on one side & a number one songwriter on the other side of her. 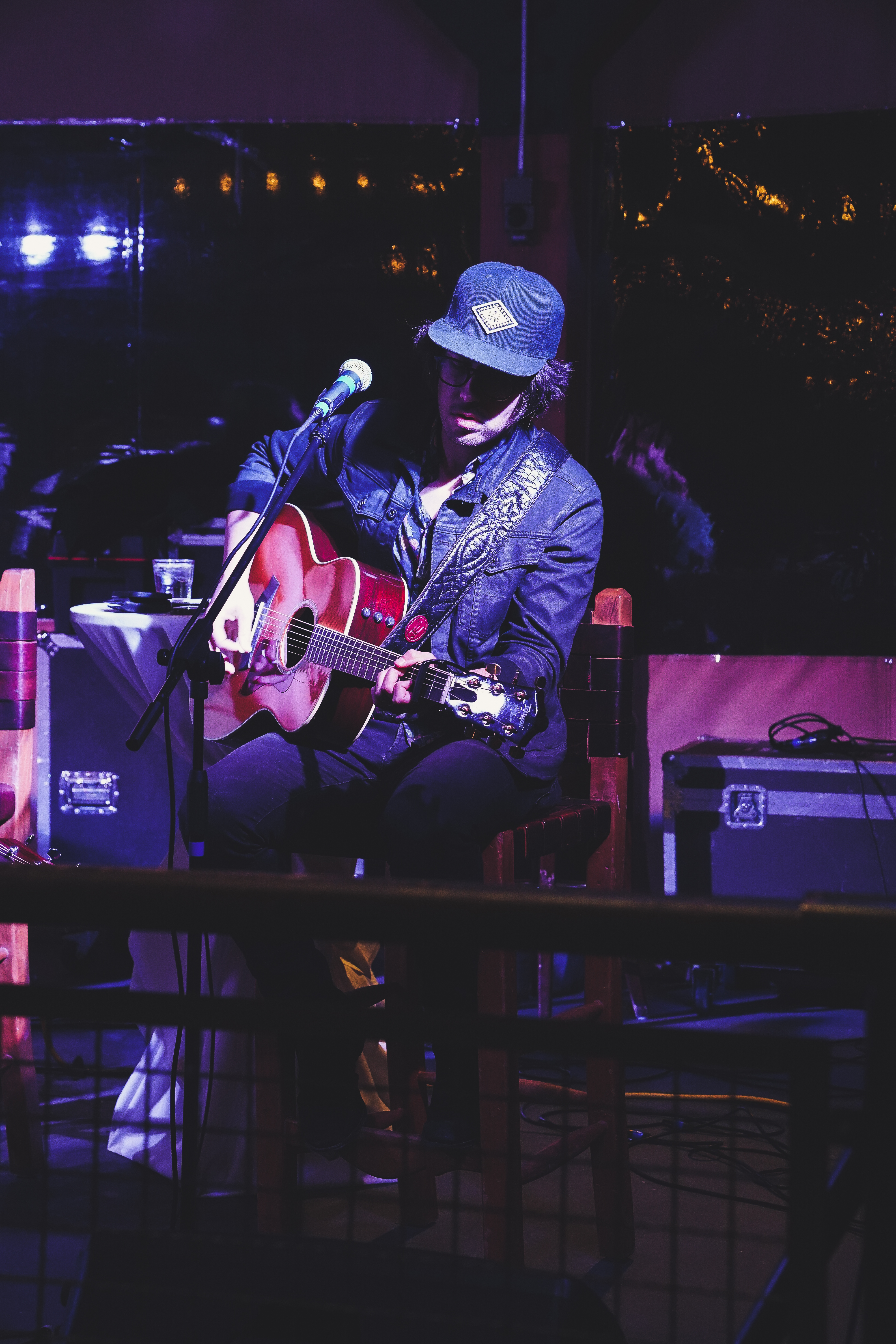 The number one songwriter is Adam Hambrick. He has penned hits for Dan & Shay, Justin Moore, & many others. He is one of the elite songwriters in Nashville as well. He debuted with his single “Rocking All Night Long” & hasn’t slowed down yet. He plans on 2022 being a huge year as well & even showcased a few new tunes for us. Let me tell you the song “Maybe God Thought I Needed The Rain” this will be the song of the year, & I can’t wait for Adam to release this one. It’s maybe one of the best I have heard & it got Jillianne hooked. 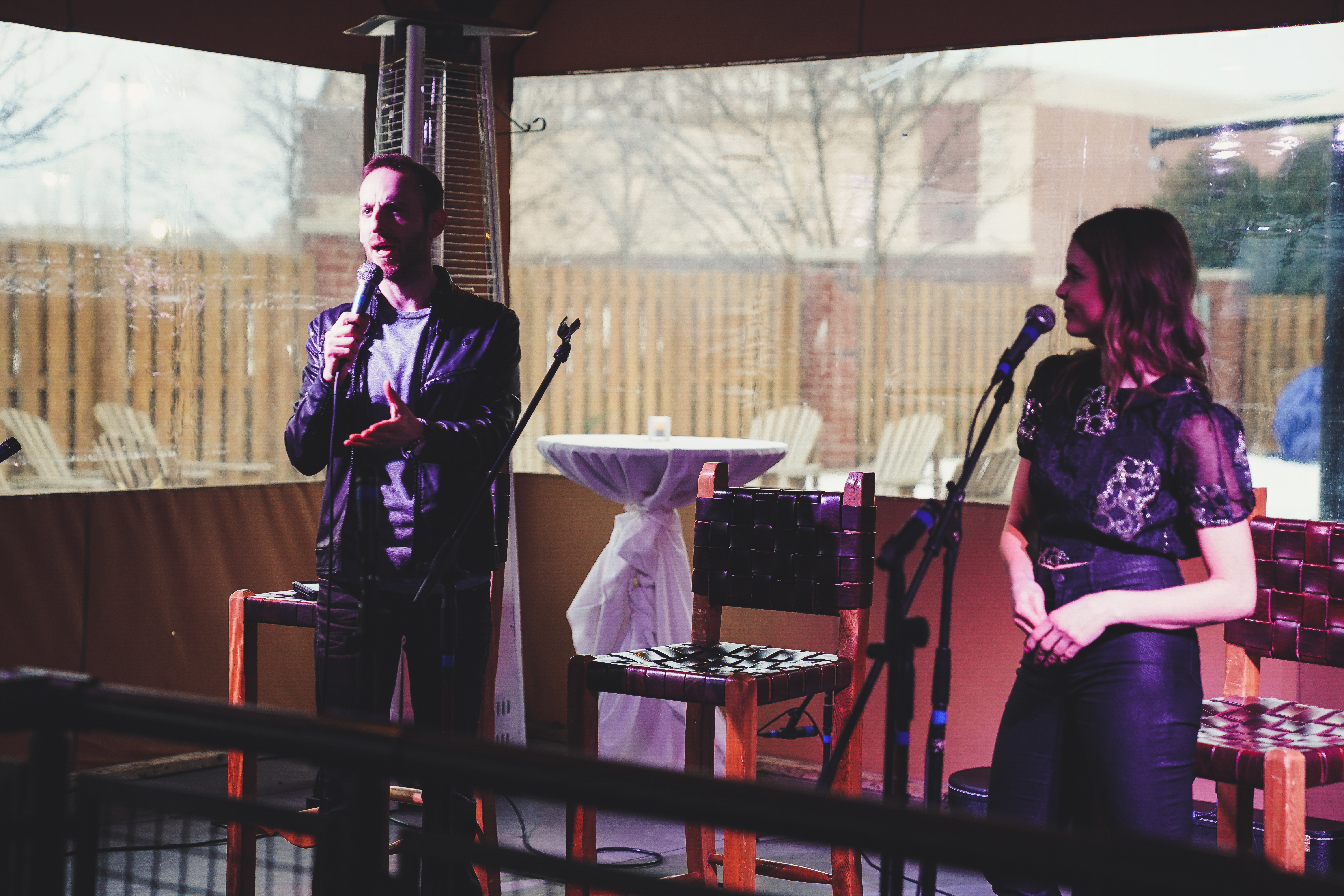 Camp Broadcast nailed their first big event & I can’t wait till the next one. Host & Founder Sam Alex has something special in Camp Broadcast. He designed a place for an inspiring journalist to explore their craft & learn from the professionals while working with some of the biggest names in Music & Media. The next camp is in June & is filling up quickly.

Want to view our In-Person interviews with each guest, click below!