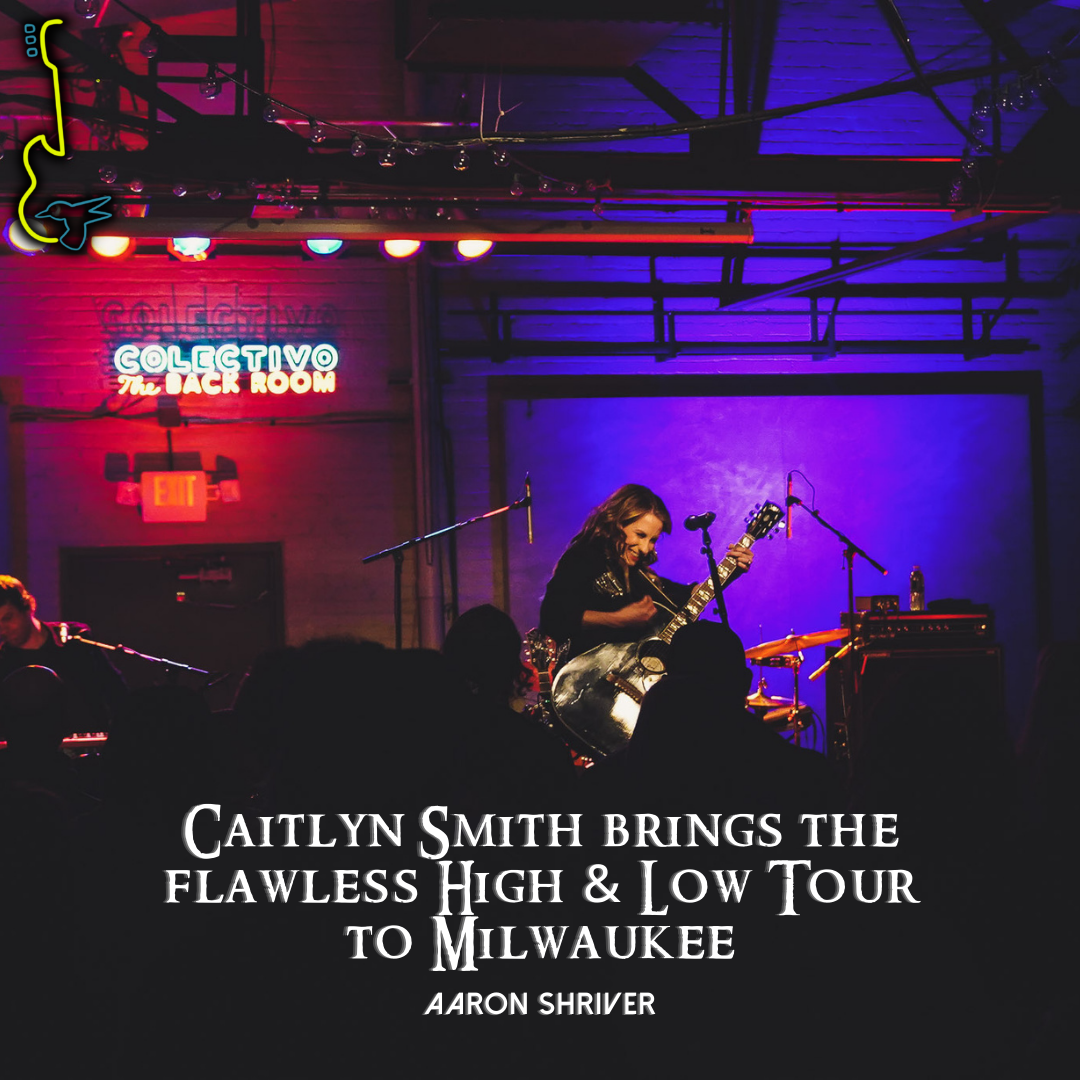 On Friday Night, The Backroom at Colectivo Coffee in Milwaukee, WI welcomed the High & Low Tour featuring Caitlyn Smith with support from Kassi Ashton. This is a 180-person intimate venue and a perfect place to see a show. On a side note, let the Coffee name of the title fool you. After a long day while most were craving their alcoholic seltzer, I was looking for a nice tall cup of coffee to enjoy during the show, well that part of the venue closes at 5 PM. So, with the strong smell of Coffee & White Claws in the air, the lights dimmed & it was showtime. 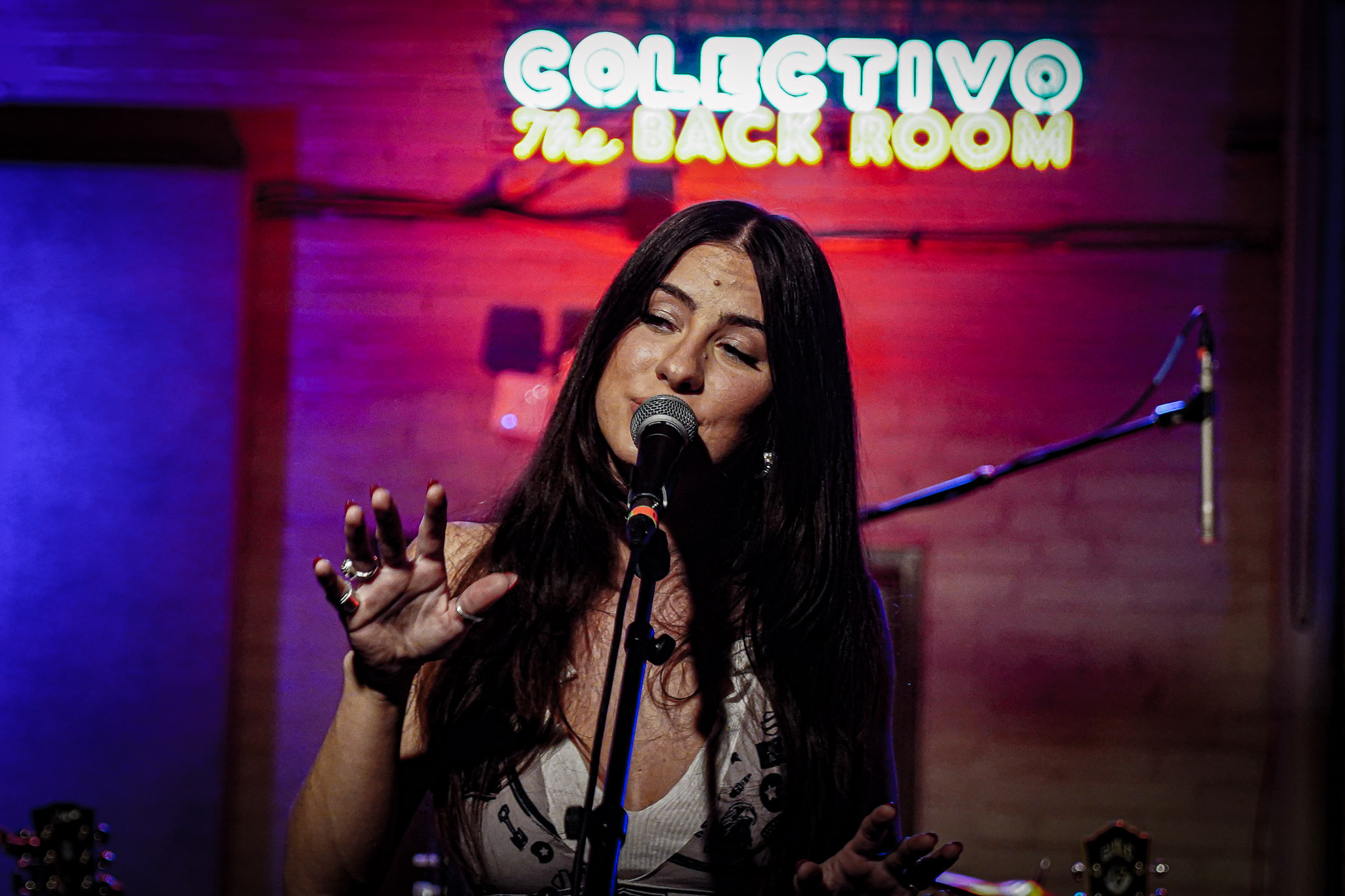 Kassi Ashton kicked off the night, with a powerful set that started with her song “Taxidermy” written by Luke Dick. Kassi’s set included a few unreleased songs as well. One of them grabbed our attention right away. Co-written with Luke Laird the song was titled “I Don’t Go Back” & it was dedicated & inspired by the song “Springsteen” by Eric Church. Even name-dropping Church a few times in the song. A high-spirited Ashton owned her set & had the crowd paying attention to her eclectic style as she warmed up the room. Her set ended with her first radio single & another Laird co-write “Dates In Pickup Trucks” even with some White Claw infused crowd participation on the ‘Alright” lines. 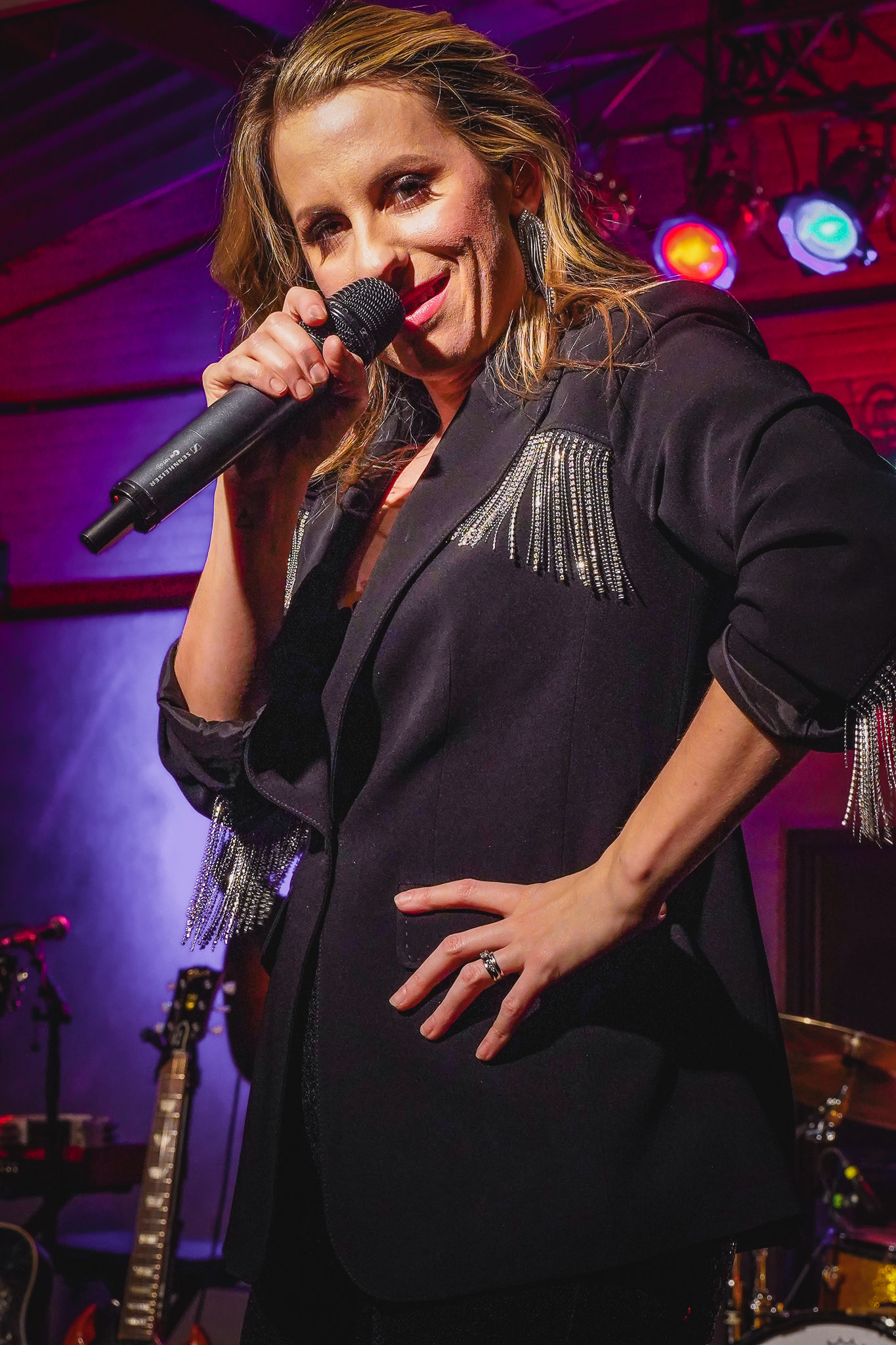 The buzzing of the amps got louder as the band slowly took the stage, lights dimmed low & Caitlyn Smith approached the microphone

“Sometimes I Get A Little Too High”

Smith belted out her EP title track “High” which showcases her rendition of the song that was also cut by Miley Cyrus. Opening her set with a powerhouse of a song set the tone for the night that followed with her 2020 release of “Damn You For Breaking My Heart” off her “Supernova” Album. The Wisconsin crowd was fired up as they sang & danced along. Writing most of her own music Caitlyn finally took on the producer role on her new project "High" which was released just a few weeks ago. “Good For Us” is one of those self-produced songs that is just a feel-good love song. You can always try to find that “similar high”, but nothing is as good as us. This being the best transition into “Fly Away”, Caitlyn slowed the set down for her song “Rare bird” which released her flawless vocals mixed with her soulful lyrics. She took this into probably my personal favorite of hers “Put Me Back Together” the lyrics used for this song to describe someone trying to help a broken person are impeccable & the way this song was delivered live made it a heavy crowd favorite in the set. Caitlyn moved back to the High EP with the song “Dreamin’s Free”, but it was the next song that made the room so silent you could hear a guitar pick hit the stage. 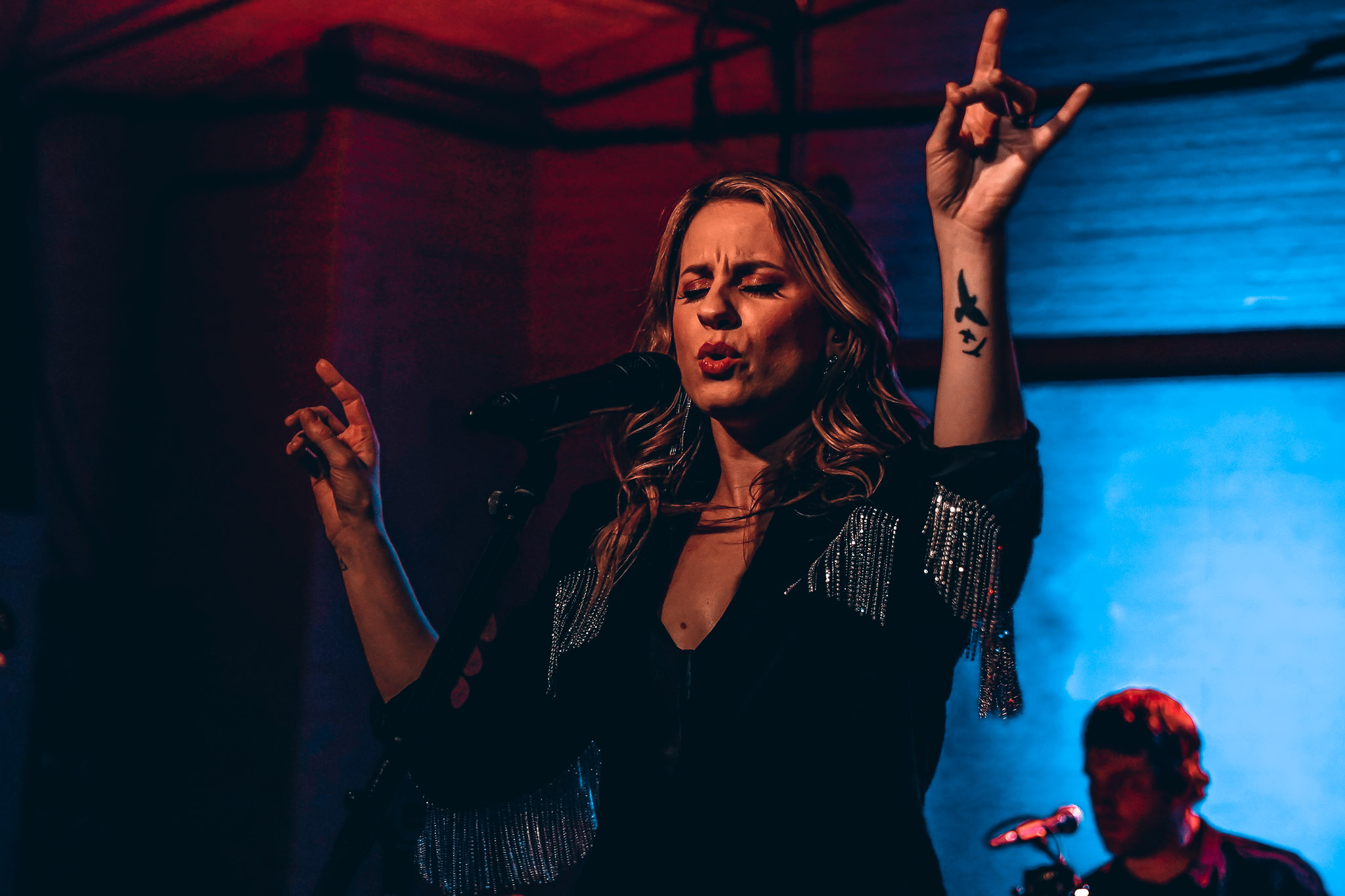 “I pour my heart out, Three minutes at a time on a J-45 and no one’s listening, They’re too busy drinkin’ on the company tab, I scream my lungs out, Confess my secrets, All my sins, But they don’t give a damn, ‘Cause if it don’t sound like the radio, pass – Nashville, You Win”

“This Town Is Killing Me” from Caitlyn’s 2018 release “Starfire” took center stage. The lyrics alone explain this song & some of the struggles Singer/Songwriters face in a town that should be for dreamers. Sometimes the toll is too much, Caitlyn recently moved back to Minnesota from Nashville. The crowd hung on to every lyric singing the song right back to her. “Cheap Date” also from the “Starfire” EP was next followed by “You Can’t Make Old Friends” a song Caitlyn wrote that was cut by Kenny Rogers & Dolly Parton. 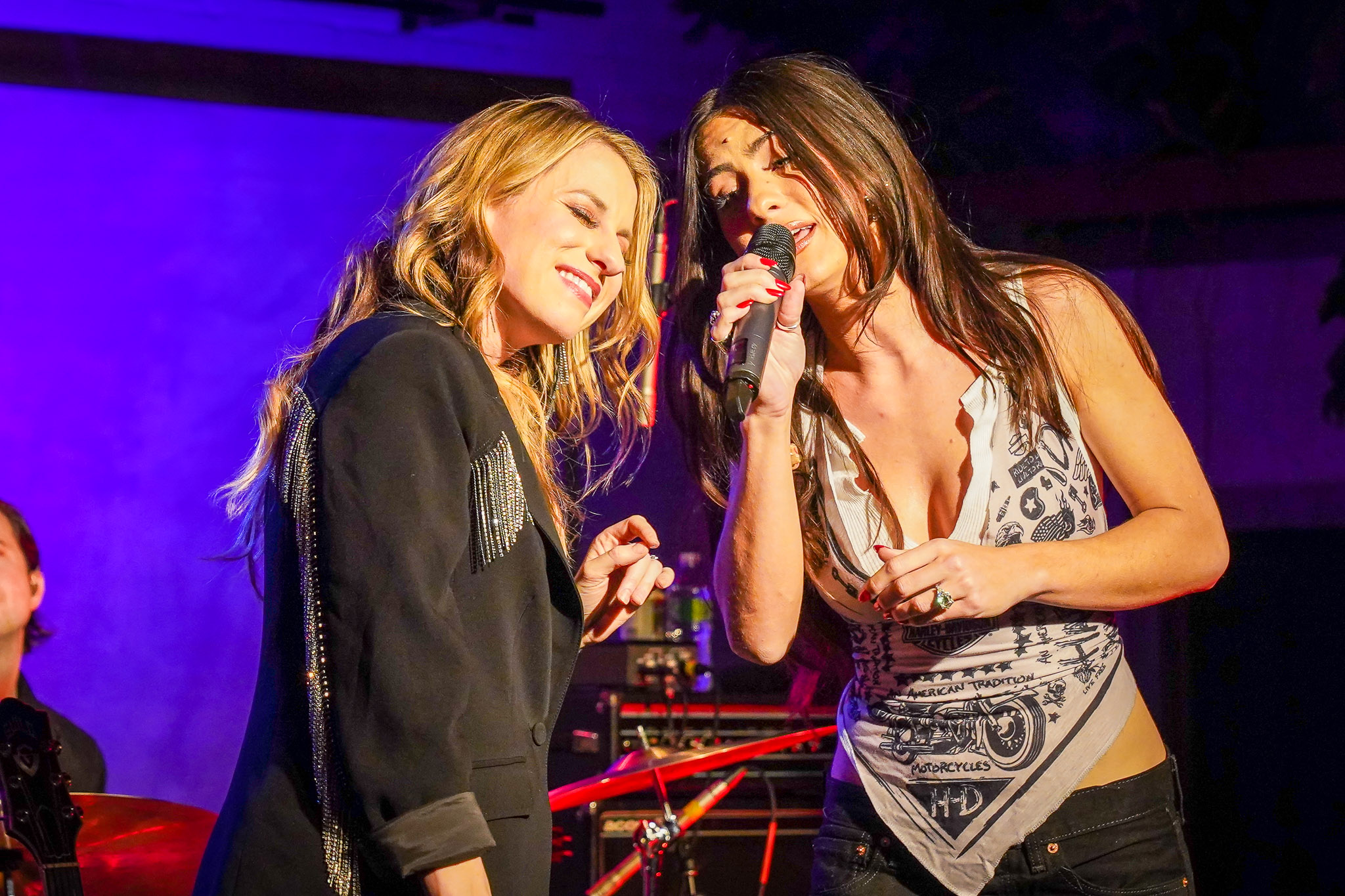 Kassi Ashton came back to the stage to sing this one with Caitlyn as they recreated the famous duet. “Maybe In Another Life” & “If I Didn’t Love You” rounded out an already stellar set by Caitlyn Smith before she ramped it back up for a huge ending. Her new single “Downtown Baby” had the crowd dancing in the coffee shop like no one was watching into her huge hit with Old Dominion “I Can’t” which Caitlyn co-wrote with Stephen Wilson Jr. The only cover song of the night was a Carole King cover of "(You Make Me Feel Like) A Natural Woman",  She then wrapped up her set with “Contact High”, but the Milwaukee crowd wanted more. Caitlyn closed the night out with the soulful song “Tacoma” ending one of the best performances & shows I have seen recently. 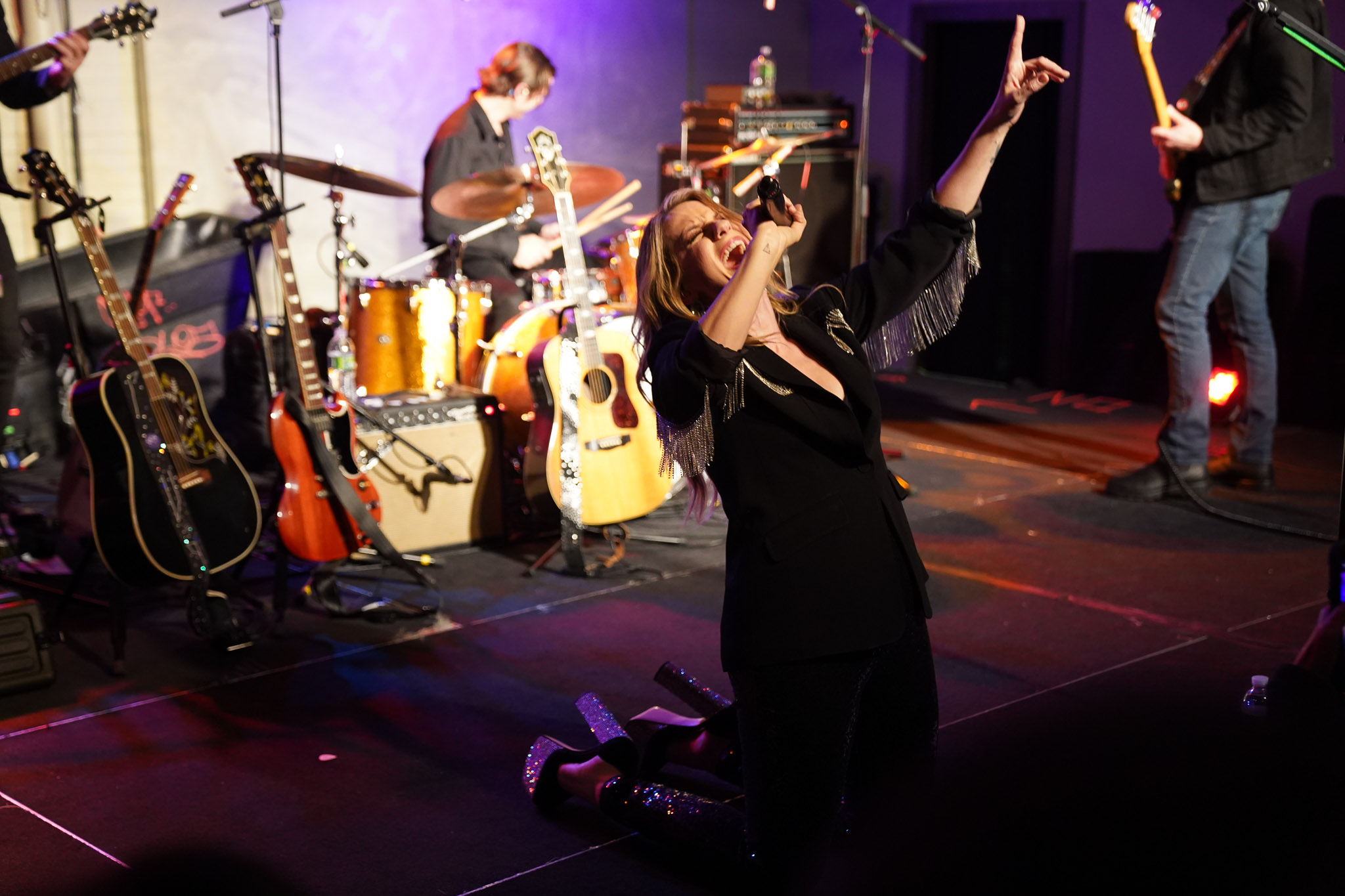 This is a tour you need to make sure you grab a ticket to, the emotions that radiated on that stage made for an amazing production. Looking for a date night look no further than the High & Low Tour, & make sure to grab the autographed poster. They are only numbered up to 25 & are made for each city on the tour and signed by Caitlyn. Makes for the perfect keepsake from such a memorable night.

See the Photo Album From Milwaukee 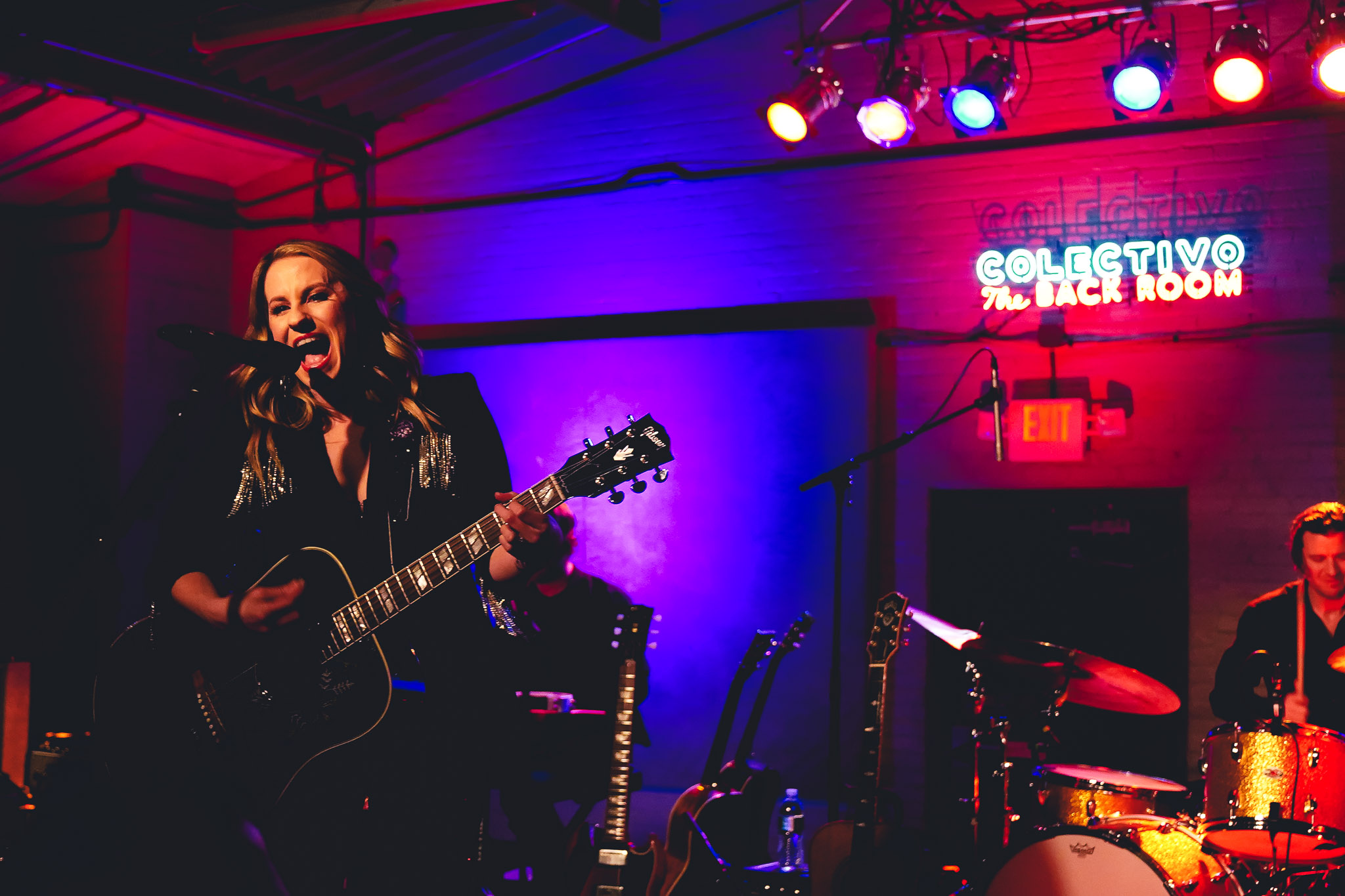 Catch the High & Low Tour in a city near you: 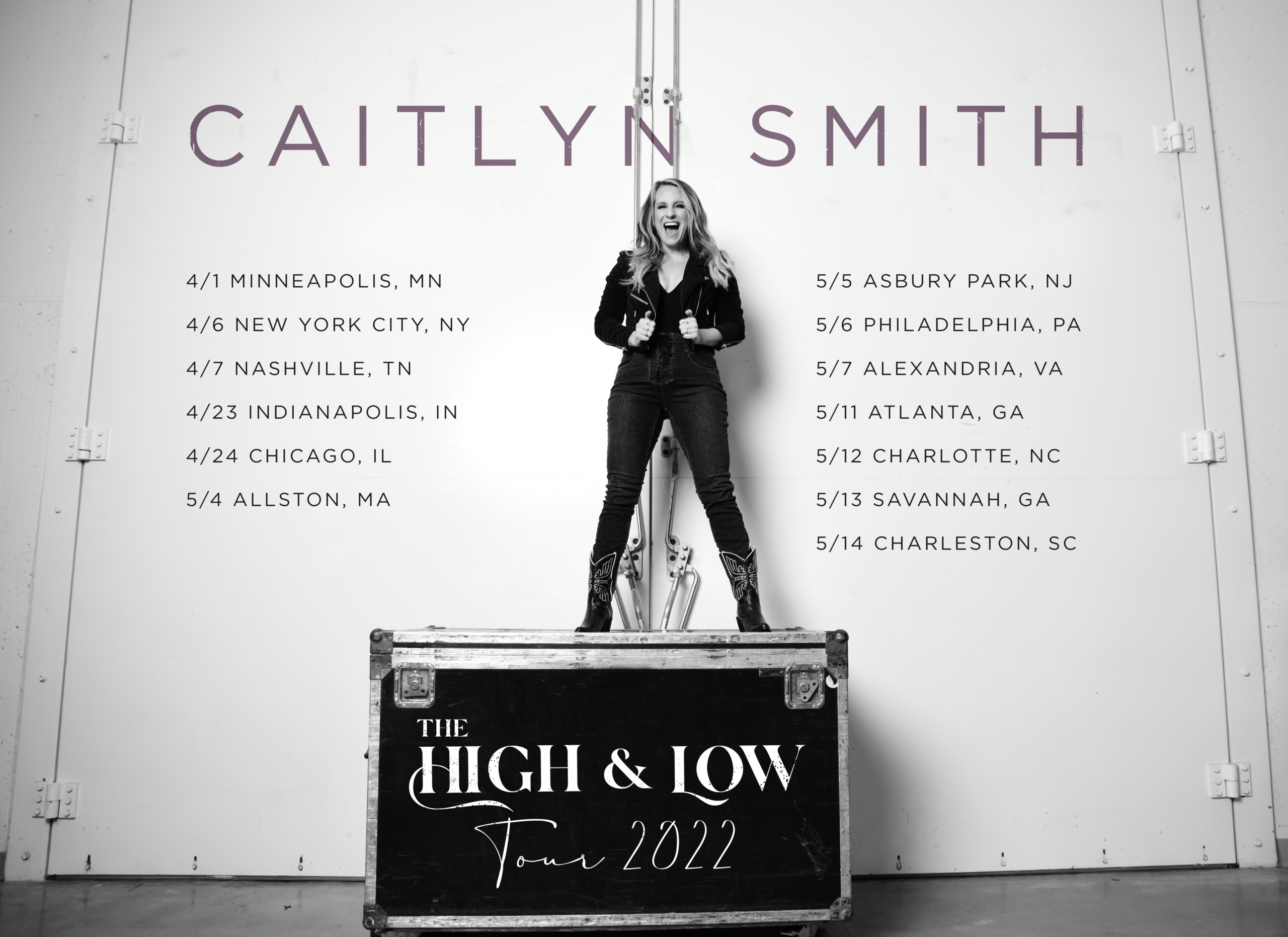 The Backroom at Colectivo Coffee

Damn You For Breaking My Heart

“Believe in yourself speech”

This Town Is Killing Me

Maybe in Another Life

If I Didn't Love You

(You Make Me Feel Like) A Natural Woman (Carole King cover)